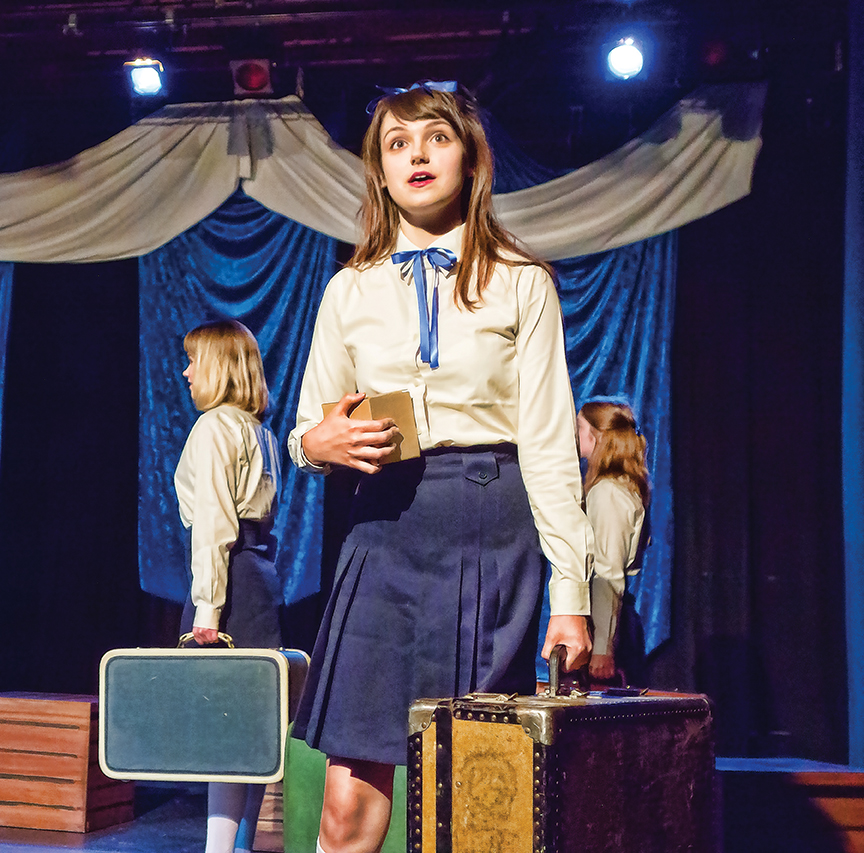 Lincoln is alive in the summer with outdoor concerts such as Jazz in June and Antelope Park’s Lincoln Municipal Band, the SaltDogs and the Cornhusker State Games. An integral part of the summer excitement in Lincoln is the abundance of summer theatre. From theatre under the stars at Pinewood Bowl and the Swan Theatre, to theatres catering to your air-cooled comfort; from the toe-tapping good time of Pinewood’s 42nd Street, to TADA Productions’ hilarious The Great American Trailer Park Musical and Shakespeare’s greatest by Flatwater Shakespeare Company, there is entertainment for every taste.

A long-standing Lincoln tradition, Pinewood Bowl’s July musical has been held annually since 1949 in the lush setting of Pioneers Park, 3201 South Coddington Street in southwest Lincoln. From Gilbert and Sullivan to Rodgers and Hammerstein, Pinewood Bowl’s productions provide toe-tapping entertainment for the entire family. Pinewood’s 66th annual summer musical will be held July 9–12 and 16–19. According to Pinewood’s Shannon Ochoa, “Winner of the Tony Award for Best Musical, 42nd Street is based on Busby Berkeley’s 1933 movie and is considered the quintessential backstage musical. 42nd Street tells the story of Peggy Sawyer, a starry-eyed young actress who goes from chorus girl to leading lady after the show’s star breaks her ankle opening night. With a book by Michael Stewart and Mark Bramble, music by Harry Warren and lyrics by Al Dubin, the memorable score includes “We’re in the Money,” “You’re Getting to be a Habit with Me,” “Lullaby of Broadway,” and of course, “42nd Street.” For more information visit www.pinewoodbowl.org.

Flatwater Shakespeare Company’s Artistic Director Bob Hall announced the return of the Company to the Swan Theatre. “In the summer of 2015, Flatwater Shakespeare Company will present two open air Shakespearean productions in the Swan Theatre, located on the grounds of Wyuka Cemetery at 36th and ‘O’ Streets. FSC will be returning to the Swan after four seasons of touring while the historic facility underwent restoration. To celebrate this grand reopening, the company will present two of Shakespeare’s greatest works: the romantic comedy, As You Like It in June and in September, the immortal tragedy, Hamlet. As You Like It will also tour to various Lincoln parks. FSC is a paid acting company featuring some of Lincoln’s finest actors. For more information visit www.flatwatershakespeare.org.”

If you relish comedies and musical revues, TADA Productions has a season made just for you. TADA is noted for their Midwest premieres of musicals such as Forbidden Broadway and Gilligan’s Island The Musical, as well as a repertory of Dan Goggins’ Nunsense canon. In April/May, TADA presents A Man of No Importance with music by Stephen Flaherty, lyrics by Lynn Ahrens and book by Terrence McNally. In June, according to TADA’s Bob Rook, “One of the most popular shows in TADA’s history pulls back in for another stop! It’s “South Park” meets “Desperate Housewives” in this musical comedy about agoraphobia, spray cheese, Dr. Phil, road kill, pregnancy, kleptomania, flan and tires.” TADA is located in the Creamery Building at 7th and P in Lincoln’s Haymarket. For more information, contact 402-438-TADA (8232) or go to www.tadaproductions.info.

The Angels Theatre Company is a group of performing artists who collaborate to create stories about and by women. According to Executive Director Judith K. Hart, “The Angels Theatre Company is offering readings of new plays created by the members of our Playwriting Collective. For detailed information about when and where please visit our website—www.angelscompany.org.”

The Lincoln Community Playhouse, or LCP, as the locals refer to it, is another long-time tradition on Lincoln’s theatre scene. Located at 2500 South 56th Street, LCP presents everything from tried and true musicals such as Spamalot, to theatre for families such as The Little Mermaid, Jr. Kicking off Summer 2015 LCP presents the rousing Oklahoma! by Rodgers and Hammerstein on May 8–17. Not only does LCP produce blockbuster musicals, they also offer a broad range of outreach activities and classes for all ages. To volunteer or to get a schedule, class and ticket information, call 402-489-7529 or go to www.lincolnplayhouse.com.

The Haymarket Theatre and Nebraska Youth Theatre keep very busy in the summer months with workshops and classes that result in public performances. According to the Haymarket staff, “…we work hard on the performance, getting top-notch instructors to teach acting, dancing, singing and all the other skills associated with the theatre, but we also try to maximize the opportunities to learn life skills that can be applied offstage… Every performance by the Nebraska Youth Theatre represents a lot of individual creativity, hard work and bravery from every member of this cast.” For more information on The Haymarket, located at 803 Q Street, please call 402-477-2600 or visit haymarkettheatre.org.

Just a few miles north of Lincoln is another summer tradition, the Mahoney Melodramas. Since 1993, from May to August, families have been treated to a night of booing and throwing popcorn at the villain, and cheering for the heroine, who always needs to be saved. For a complete schedule of their repertoire of productions, visit www.melodrama.net.

Nebraska Repertory Theatre, the Actors’ Equity Association professional theatre wing of the Johnny Carson School of Theatre and Film, is located in the Temple Building at the corner of 12th & R Streets. Known for its contemporary comedies, this theatre traditionally produces three plays in rotating repertory from early July to early August. Check out their website at www.unl.edu/rep for all the latest information, or call the Lied Center Ticket Office at 402-472-4747 or 800-432-3231.

Don’t forget the excellent selection of touring Broadway musicals and plays on the Lied Center for Performing Arts’ schedule, running September through May. For a full schedule visit www.liedcenter.org. Other September through May productions of note are produced by the Nebraska Wesleyan University who will be producing a world premiere musical comedy from the writer of “Broadway Jukebox” The Zimmer Girls in April/May, (www.nebrwesleyan.edu) and UNL’s Johnny Carson School of Theatre and Film’s University Theatre (carsonschool.unl.edu)

Other theatres in the area include: Beatrice Community Players located 40 miles south of Lincoln on Highway 77. Visit their website for details at www.beatricecommunityplayers.com.

In Hickman, just 10 miles southeast of Lincoln, is a new theatre company called The Stage Theater. Their latest productions may be found at www.thestagetheater.com.

For these theatres and more of Lincoln’s performances and gallery openings, visit the Lincoln Arts Council’s calendar at www.artscene.org.