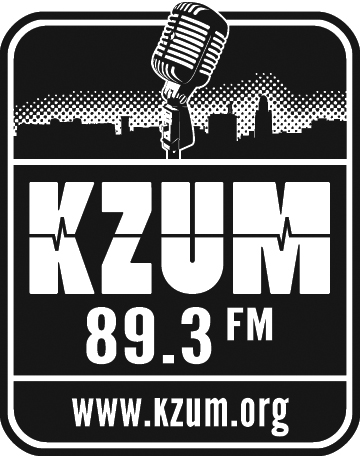 On Tuesday, February 14th, 1978 — Valentine’s Day —  10 watt signal stoked by the passions of a small tribe of eccentrics and music fanatics beamed its first radio wave from a basement near 27th and Randolph. That winter, while spinning vinyl, the tribe of volunteers wrapped themselves in coats to keep warm. They stomped cockroaches and passed out reception-boosting antennas. And sometimes the howls of nearby dogs bled into their microphone. But that toil, and the backbone to bear it, established Nebraska’s first and only community radio station, KZUM.

There are lots of things in Lincoln that don’t last 36 months, let alone 36 years. So how does KZUM, a David of radio with a scanty 25-mile listening radius, buck the 100,000 watt Goliaths in public and commercial broadcasting? And what does it say of our town, which supports such a community-driven endeavor?

“We’re able to bring a hyper-local focus on things happening in Lincoln from the people who know their subjects the best,” explains KZUM Program Director Ryan Evans.

The local focus is important. But so are the volunteers who share their expertise and passions with the community—to say nothing of a community with the heart to reward them for this. Most of KZUM’s revenue comes either from local businesses, or members who pledge financial support during the station’s yearly fundraisers.

“We’re not trying to make a million dollars on something. We just want to have enough of a budget to continue to provide these public services—entertaining, informing and engaging people,” says Evans.

It just so happens a station founded on a day devoted to love needs a lot of it to function. Collectively, a cross-spectrum of Lincolnites host 72 programs that range in length from thirty minutes to three hours. Substance goes from environmental justice to canine affairs; genre, from reggae to polka and zydeco; and language, from Spanish to Vietnamese. Off air, they metamorphose back to their bill-paying identities in law offices, hospitals, substations, dormitories, botanical gardens, factories and IT departments.

At 23, Chance Solem-Pfeifer is one of KZUM’s youngest programmers. On Monday nights, he emcees Hear Nebraska FM, the radio arm of his full-time gig at Hear Nebraska, a nonprofit that cultivates the state’s music and arts community. After graduating from the University of Nebraska-Lincoln last May, Pfeifer realized that the station shared his dedication to local music. “Local music is a clear priority and that’s a goal I really appreciate.”

On most every show, Pfeifer and his sidekick Jacob Zlomke, host local bands for in-studio performances. In the 16 months Hear Nebraska FM has been on-air, no guest has appeared twice, proof of their commitment to showcase the breadth of local music. That means reaching out to Omaha bands who are less familiar with community radio.

“A lot of them are like ‘What is this? Is this an NPR station?’ They are pretty excited and always think it’s neat.’”

Not long ago, Hear Nebraska FM and similar shows would not have been possible. In April 2012, KZUM moved from its longtime perch on the 10th floor of the Terminal Building at 941 O Street to a modern, capacious studio in the College View neighborhood. So now, rather than feed quarters to parking meters, station volunteers and guests park for free in a lot the size of a football field. Commuting times are shorter. Staff offices are bigger and better. And, crucially, it allows for more live music.

“It’s been tremendous in terms of what we’ve been able to put on the air with live music,” Evans notes, from his office overlooking the new studio.

“That’s why the studio was built specifically to host the local and touring bands we couldn’t before.”

But several of KZUM’s programs require little beyond two microphones and a good story. Sheila Stratton knows this. She hosts The Joy Factor, a 30-minute program airing Wednesdays at 6 p.m. that “features extra-ordinary stories from ordinary people who brought something they loved to life.” Like many of her talk show kin, she has a new guest every week. They often range from an Australian riding her bike across the United States in tribute to Martin Luther King, Jr. to a 10-year-old “chicken whisperer.”

“It’s a voice for anyone in this community,” she says of the station. “I get to come on and tell stories and have people tell theirs. That’s a great service.”

Years ago, Stratton had doubts. She didn’t have radio experience; and wasn’t sure if her program would catch on. Five year later, her very presence on KZUM — bringing something she loved to life — would make good fodder on The Joy Factor. And she now sees Lincoln as a story-rich place.

“I open myself to it and they’re everywhere. I am always listening and looking for people who tell a tale about something that lights them up.”

Few of the station’s 90 programmers have professional broadcasting pedigrees. Yet that seems to matter little. In our media landscape, from local to global, authenticity is hard to come by. And what KZUM lacks in wattage, it makes up for in authenticity. For who volunteers their Saturday morning to explore unexplained phenomenon if not the true enthusiast? And who surrenders their Wednesday nights to discuss how dogs create and reflect our values and ideals if not the genuine self?

The station’s character (and characters) breed sustenance. Non-listeners become listeners, listeners become members, and members grow the station. Richard Russell, for example, joined the Community Advisory Board, a panel that helps evaluate the station’s relevance in the community, in 2007 after being a longtime member. He often calls programmers to offer feedback or just to see how they’ve been. When asked what keeps KZUM going, Russell took a lengthy pause, then:

“It’s the sharing of their love and their passion of music to others. Their gift is to share in their passion. It truly is a gift.”