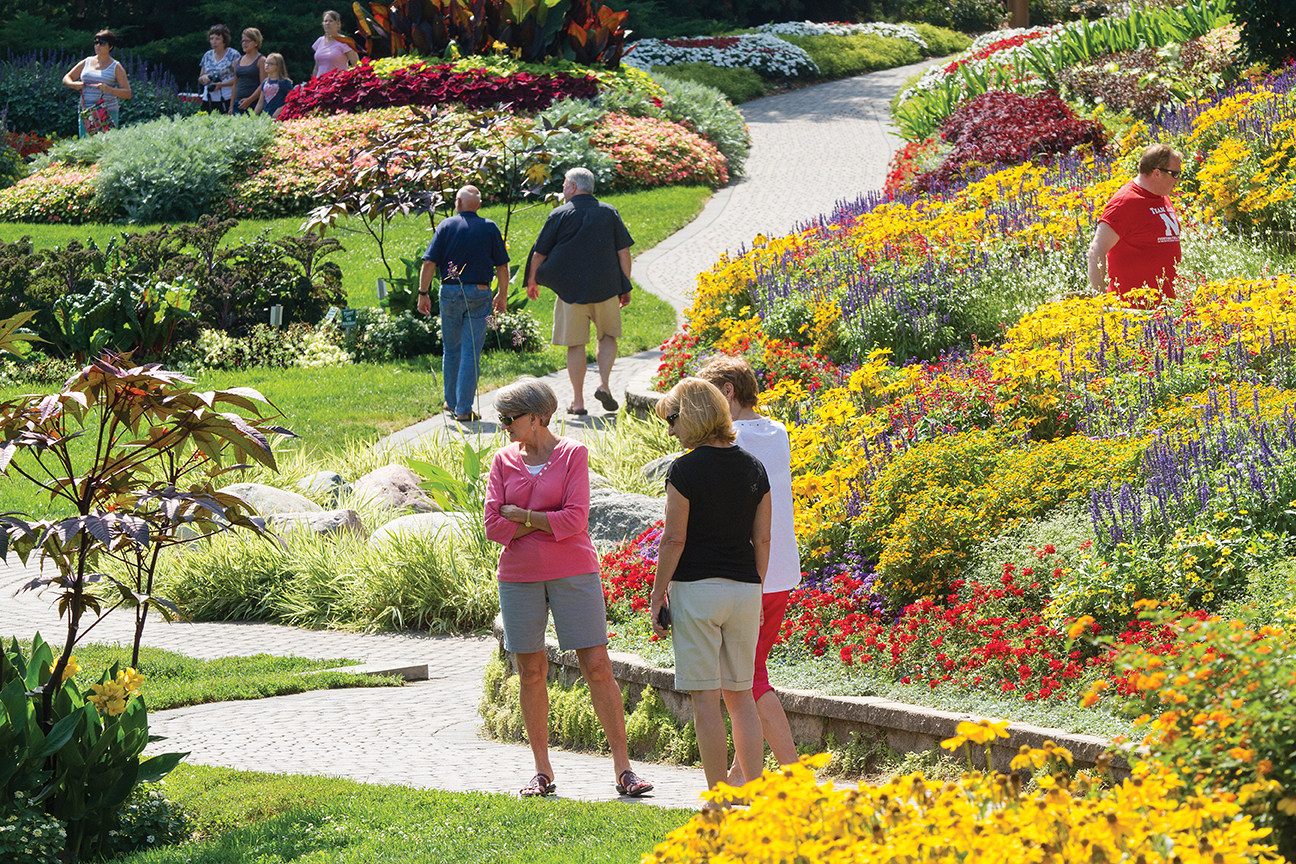 Just how much fun can you have on a cool, windy morning? Grace Carlson, 7, carries a flat of flowers, Saturday, May 14, 2011, during the annual event in which volunteers help plant flowers at the Sunken Gardens.

Alice Reed has been planting flowers at Sunken Gardens for more than a quarter century.

But the Lincoln city gardener said it’s still special to see about 100 volunteers turn up to spend their Saturday morning digging holes and arranging plants.

This is a special place to many. Located at 27th and Capital Parkway, this 1.5 acre lot was first developed in 1930 and most recently renovated in 2004. Visitors can tiptoe through the tulips every spring and watch the thousands of annuals bloom all summer long. The Sunken Gardens has two living ponds, and several art pieces including the new pavilion, plus a healing garden.

For information about the Sunken Gardens maintenance, tours or volunteer opportunities, please contact Steve Nosal at snosal@lincoln.ne.gov or call 402-441-8267.

Residents are invited to volunteer for the 11th annual “Wake Up the Beds” event May 11 at the Sunken Gardens, 26th and D streets.

The event runs 8:30 a.m. to noon unless the work is finished earlier. Volunteers will help to plant annuals in pre-assigned spaces. 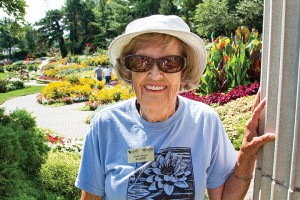 The Sunken Gardens was built on an old neighborhood landfill site in the heart of Lincoln. It was built in a depression (hence their name) and was originally known as Lincoln’s ‘Rock Garden’, which was how it was first designed. It was a Great Depression project developed to provide jobs for the unemployed during those hard times. The original design intended to evoke mountain scenery, as in England, with rocks on the terraced walls creating the garden’s edge. But the planting was undertaken by the city’s horticultural department and now concentrates more on a bright floral display than on the use of mountain, plants.

In the center, there was a cascading waterfall surrounding Rebecca at the Well, a sculpture of a woman holding a water jug, by Ellis Burman. There were two reflecting pools on the north and east sides of the garden. In the north pool was an interesting historic feature — a geyser fountain that would shoot water in the air and create a thin sheet which could be used as a screen on which to project movies or slides at night. Sadly, the technology of the time was not equal to the task. Let us hope another attempt will be made using a digital projector. It would be a great way to evoke mountain scenery.

After nearly 73 years without a major renovation, the Sunken Gardens was overhauled in 2004. While maintaining many design elements of the original garden, several new features were added making the garden easier to maintain and access. A new parking lot, public restrooms, underground sprinklers, renovated ponds, retaining walls and new walkways were built during the 11 month project. Over 100 trees and 1,000 shrubs were added as well as 18,000 square feet of space for annual flowers, a design that changes every year.

Three new art pieces have also been added to the gardens. Burman’s aged sculpture was replaced with artist David Young’s Rebekah at the Well which now stands at the top of the new cascading waterfall representing life’s journey. Dr. Wayne Southwick also created Reveille, which depicts his wife Ann getting the children out of bed and ready for the day. It stands in the Healing Garden. Attached to the new restroom building is the Rotary Pavilion, a dome made of individual laser cut panels riveted together to create the four seasons of Lincoln’s skyline designed by architect Jeffrey Chadwick.

The Sunken Gardens is listed as one of the “300 Best Gardens to Visit in the U.S. and Canada” in the National Geographic Guide to America’s Public Gardens and is the only Nebraska garden to be included in this list. It is also the only public annual display garden in Lincoln.

The park is open from 5am to 11pm and entrance is free, but the park has discreet donations boxes placed at the entrances.