About the Lincoln Today People 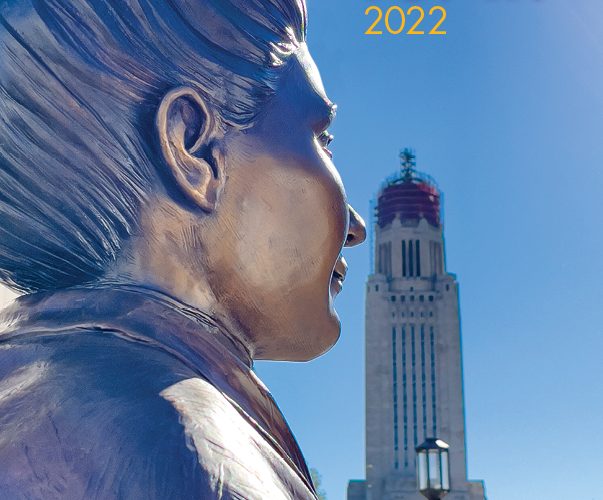 Sriyani Tidball, editor and publisher, balances the production of Lincoln Today with various other projects for Tidball Productions. The UNL graduate holds a degree in architecture and a master’s degree in journalism. She completed 10 years on the UNL faculty teaching advertising, PR and human rights. Now she works part-time in the UNL human rights program. This energetic mother of four and grandmother of five splits her time between the U.S. and her native Sri Lanka, where she and her family have devoted themselves to projects that assist the poor and combat human trafficking worldwide. She recently published her book The Breadwinner, stories of slavery of Sri Lankan housemaids. While working as a researcher on social justice and human rights issues, she thoroughly enjoys her work with the Lincoln Today magazine.

Art director and assistant editor Rayna Collins has been a part of the Lincoln Today team since its first issue 30 years ago. After eight years in corporate graphic design in New York City, she runs her own diverse graphic design business in Lincoln, serving both local and international clients. She devotes herself to her children, cats, dogs and the pursuit of art and happiness. You can see her work at raynacollinsdesign.com, at etsy.com/shop/lonelycards, the LUX Center for the Arts, and the Metro Gallery.

Tom Tidball, Lincoln Today’s chief photographer, has shot wonderful photographs for numerous international, national and local publications, including five coffee table books of his own photo studies, including his tribute to Nebraska football fans with his book, A Day in the Life: the Fans of Memorial Stadium. Tom’s Pow Wow Plains photography exhibition was the main exhibit at the Great Plains Gallery from August to December 2002 and has toured the state for many years. He displayed over 160 art prints and Native narrative in the exhibit, which brought rave reviews and shared Nebraska’s Native heritage with thousands. His most recent coffee table book, People Sri Lanka, published in 2009, showcases his compelling images of a cross-cultural nation. Tom also applies his exciting photographic perspective to video production, teaching and online work with his regular blog at tomtidball.blogspot.com and his social media sites.

Editorial assistant Neva Winkle is a graduate of the UNL College of Law, and works as a Tenant Support Specialist at Community Action of Lancaster and Saunders Counties.

Editorial Assistant and writer Michelle O’Dea, directs a nonprofit, Domesti-PUPS, a national service organization headquartered in Lincoln whose mission is to improve the quality of life for persons with special needs through the assistance of animals by providing therapy and service dogs for persons with disabilities. She has been involved with Lincoln Today for over 20 years, working in editorial and management functions.

Patty Beutler worked for many years at the Lincoln Journal Star as a reporter and a features editor. She now freelances and takes pleasure in planting a clover lawn, playing mahjongg and sightseeing on Nebraska backroads.

Matthew Boring is the Associate Director of Marketing and Patron Development at UNL’s Lied Center for Performing Arts. Matthew is a well-known local performer, and enjoys playing and writing about music.

Tegan Colton is a writer and journalist who has lived in Lincoln for over 23 years. She graduated from the UNL with a degree in Creative Writing before returning for a master’s degree in Professional Journalism. Tegan enjoys investigating government politics, traveling and pursuing social change.

Amy Dickerson, Managing Director at Lancaster Event Center, was raised on an acreage outside of York and graduated from UNL with a BS in management and marketing and an MBA from UC. As an experienced event manager, she executes events for groups from 12 to 36,000 people, and makes a difference in her community operating under Midwestern values of hard work, integrity and team work.

Mary Friesen is a long time Lincoln resident and the owner and publisher of Family Values Magazine. She devotes the rest of her time to her three amazing children and handsome husband.

Ken Hambleton retired after 44 years at the Lincoln Journal Star where he worked as a golf writer, Husker beat writer, columnist, and a prep writer. He currently drives the train at the Lincoln Children’s Zoo, does freelance writing and loves playing golf.

Lincoln native Erik Brodin Higgins was recently hired as second bass by the Aarhus Sinfonior Kester, a sixty-seven member orchestra in Aarhus Denmark. He commutes between Lincoln and Denmark, developing his vision for Crossroads Music Festival in Lincoln that has been a huge success.

Ingrid Holmquist is a filmmaker, journalist and educator from Lincoln, Nebraska, based in NYC. Her film, Guanajuato Norte, won a Student BAFTA Award and was published by The New Yorker. She’s since worked on films for CNN, Sesame Street in Communities, Hearst, A24 and others. She’s currently working on a film with Judi gaiashkibos about the life and legacy of Dr. Susan La Flesche Picotte.

Kaylie Hogan-Schnittker is the Director of Talent Strategy at the Lincoln Partnership for Economic Development. She is on the advisory board of StarTran where she reviews matters relating to the operation of the bus system for Lincoln.

Jeff Korbelik became the winery manager at James Arthur Vineyards in March 2018 after enjoying a 33-year career as a newspaper editor and reporter, including 22 years at the Lincoln Journal Star. He’s also the author of Lost Restaurants in Lincoln, Nebraska.

Aja Martin is a UNL Law School graduate and the former manager of Indigo Bridge Book Store. She hopes to pursue a career in immigration law.

Kayla Meyer works at the Lincoln Partnership for Economic Development as the coordinator for the Young Professionals Group. Kayla demonstrates an unparalleled level of passion for the Lincoln community and the young professionals who work here.

Dave Mlnarik is the Executive Director of the Nebraska Sports Council, and has worked for the Council for the past 30 years. Dave is an important component in all NSC operations and remains dedicated to on-going success of the Cornhusker State Games.

Molly Nance has over 25 years of experience in marketing, communications, strategic planning, advertising, public relations and event management. She has held key positions at Water for Food Daugherty Global Institute at UNL and Madonna Rehabilitation Hospital, to name a few. Among her many accomplishments, in 2018 Molly was the first woman marathon swimmer to complete the 21.2 mile swim across the St. Lucia’s Channel.

Julie Nichols is a freelance writer, editor and social activist who lives in Lincoln with her very musical son.

In her work life, native Nebraskan Cynthia S. Peterson is a technical project manager with more years of experience than she cares to count. In her real life, Cynthia is a freelance writer, volunteer fundraiser and advocate for a women’s shelter, genealogist, great friend, and someone who can see the forest and the trees. She loves jazz, live theater, reading, margaritas, good conversation, movies on the big screen, and HGTV. She lives in Lincoln and has a lot of art hanging on her walls.

Meghan Stratman is the graphic designer and communications specialist at the Ross Media Arts Center. A Lincoln resident and graduate of UNL, Meghan has a BFA in studio art, with an emphasis in graphic design, and a minor in film studies.

Tyler A. Thomas is a social media and integrated digital content strategist, author, keynote, entrepreneur and consultant. Adjunct professor at Harvard University and the University of Nebraska-Lincoln, Tyler loves to visit Lincoln’s restaurants and blog about it. Tyler and his wife Mandy cofounded nebraskafoodie.com

Ed Zimmer was the Historic Preservation Planner
at Lincoln/Lancaster County Planning Department from 1985 until 2020. He grew up in Omaha, and studied American studies and architectural history at Boston University.