Music Performance Under the Stars 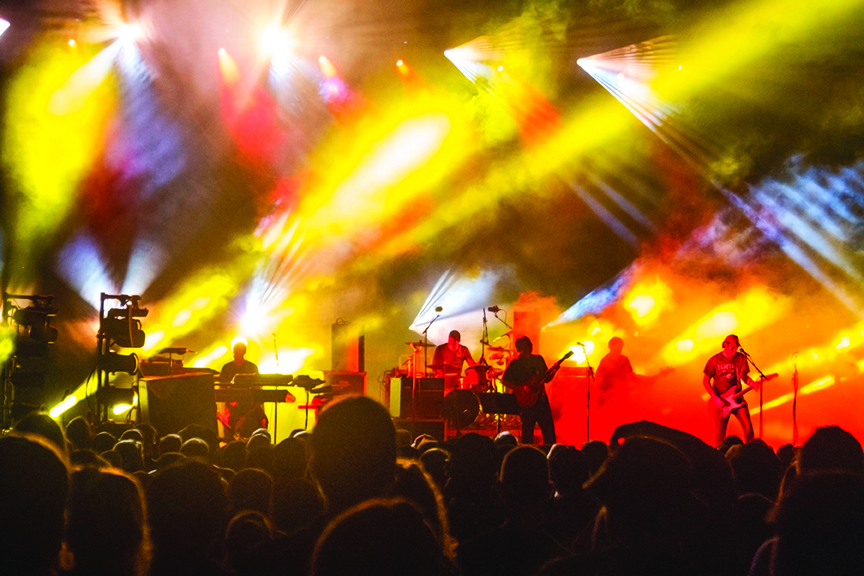 Every summer through early fall, Lincoln boasts of the magical Pinewood Bowl concert series in the open-air theatre under the stars. Pinewood Bowl is located at the center of the beautiful, wooded, lush Pioneer Park, surrounded by a forest of tall pine trees.

This west Lincoln stage offers an variety of impressive and reasonably priced outdoor concerts, bringing nationally known performers to the capital city. Lincoln’s music lovers wait for the year’s incredible season to be announced and then go ballistic—tickets sell out fast. It is hard to believe that every season offers so many well-known artists.

The theater was constructed in 1947 when the city needed a larger venue to hold open-air church services for the airmen stationed at Lincoln’s now closed air base. Several Lincoln residents recognized a need for a diversion for the servicemen and their families—a place where they could meet for worship and sometimes for entertainment. They had been holding services on the steps of the Capitol, but when the group grew to more than 1,000—more than the Capitol steps could hold—Pinewood Bowl was constructed. Today it has become an important facility in the community, and weather permitting, Easter services are still held there every year.

The Pinewood Bowl music concerts feature well-known, national artists. Tickets can be purchased online or at the Pinnacle Bank Arena downtown as soon as they go on sale. According to concert fans, the evergreen surroundings, cool evening temperatures, deep blue skies, and the light of the moon and stars make a perfect concert experience. The shows chosen for this venue are popular and nearly every concert is packed. From the ’60s folk rock of Crosby, Stills & Nash, to the blues of B.B. King and Robert Cray, to the indie rock of My Morning Jacket, Twenty-One Pilots and Counting Crows, to British folk rock band Mumford and Sons, and recently ZZ Top, the Midwest’s beloved Garrison Keillor, these concerts are adored by the Lincoln public, and have become the place to have fun on a summer evening. Some of Lincoln’s favorite concerts included the Temptations, Bob Dylan, Ringo Starr, Bonnie Rait, Steve Martin, Tween and more.

The performers also find Pinewood Bowl a unique performance venue. They genuinely have a wonderful time, truly connecting with their audience in this intimate setting. The summer weather, happy audiences, and great music make Pinewood Bowl a perfect location for the large music shows. Food and beverages, including beer, are available for the concerts, adding to the overall festive atmosphere. Count on a memorable experience every time.

The SMG officials do a great job organizing the Pinewood Bowl concert series. The theatre’s capacity is set at just over 4,000 for reserved seating and at a little over 5,000 for general admission shows. The 5,000 plus seat theatre has seen performances by Sara Bareilles, the Moody Blues, Ben Folds, Boston, the Doobie Brothers, Ray LaMontagne, Widespread Panic, Blue October and others. “The summer concerts at Pinewood Bowl Theater are a resounding success. It lived up to all of our expectations and beyond,” said SMG general manager Tom Lorenz. After a super successful 2017 season the organizers are busy planning an equally impressive series of concerts for the summer of 2018.

Check www.pinewoodbowltheater.com for information about upcoming shows for the summer and make sure you get your tickets early.