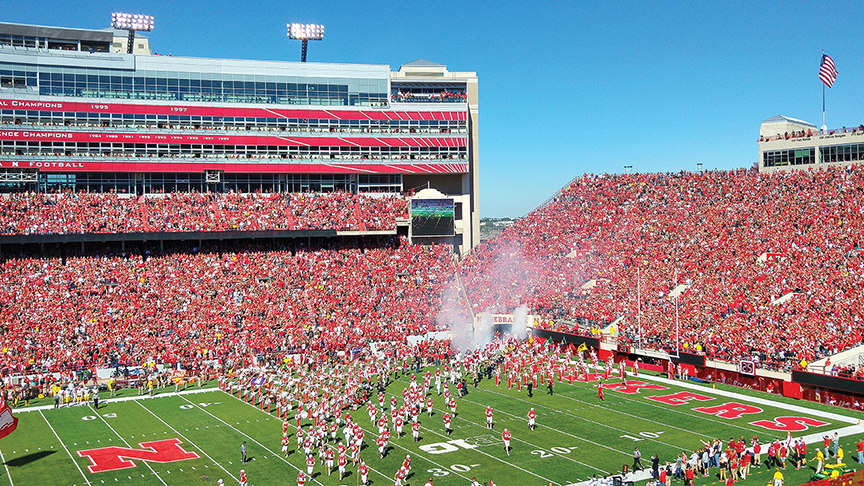 It’s no secret that preseason expectations for the Nebraska women’s volleyball team were high. Given our success in recruiting, quality coaching and new arena, fans’ support of the volleyball program has only seemed to increase. Despite this seemingly unprecedented level of support, the Huskers had struggled as of late, especially in the postseason. Coming off a disappointing finish in 2014, the Huskers returned many key players and added new talent that raised those already high expectations to another level.

The Huskers began their 2015 season ranked fifth in the country and rolled through their first four opponents without dropping a single set. The Huskers traveled down to Austin for the VERT challenge where they dropped their first match of the season to the third-ranked Longhorns, 3-2. However, the team was able to rebound and put away eleventh-ranked Oregon the following night. The Huskers then hosted Georgia Tech, South Florida and UC Davis for the Ameritas Players Challenge in Lincoln. The Huskers swept all three matches in impressive fashion, gearing up for regular season play.

The Huskers cruised through their opening four games, defeating in-state rival Creighton, Iowa State and Iowa twice by a combined 12 sets to 1. The Huskers notched an impressive victory against No. 1 Penn State in Happy Valley in five sets before returning home to fall to Ohio State. Despite the loss, the Huskers bounced back to win three in a row by a combined 9-2. The Huskers’ momentum was quickly halted, losing two in a row to Minnesota and Wisconsin by a combined 2-6, which not only showed the strength of Big Ten volleyball, but also left many fans worried about the remainder of the season.

Despite these two losses, the young Huskers really came into their own on the back end, winning the final 10 games of the regular season by a combined 30-4 and earning home-court advantage for the first and second rounds. The Huskers cruised through the first two rounds, defeating Harvard and Wichita State 3-1 and 3-0, respectively. The Huskers then traveled to Lexington, Kentucky, where they took on BYU, the team that knocked them out of the NCAA tournament early the previous year. The Huskers dominated the rematch, defeating the Lady Cougars in three straight sets before knocking off top-seeded Washington 3-1.

The Huskers traveled back to the CenturyLink Center in Omaha for the Final Four. For their semifinal matchup, the Huskers handled the ninth-seeded Kansas 3-1, winning the first two sets 25-20 and
25-21. The Jayhawk defense had six blocks in the third for a 25-20 win of their own. However, the Huskers put them away in the fourth, 25-16, to advance to the championship.

The Huskers were set to face another Big 12 rival, Texas, the team responsible for Nebraska’s first loss of the season. However this match, in front of more than 17,500 fans, was all Huskers. Nebraska entered the match on a 16-game winning streak and dominated from the outset. The Huskers swept the Longhorns, winning three straight sets 25-23, 25-23 and 25-21. This was the first national championship for John Cook and the Huskers
since 2006, and it marked the 20-year anniversary of the Huskers’ first championship in 1995, also over the Longhorns.

Freshman standout Mikaela Foecke was named the tournament’s Most Outstanding Player and joined a core group of Huskers that would return for the 2016 season, which of course, only increased Husker fans’ lofty expectations.

While many hoped the dark cloud that cast a gloomy shadow over the once proud and revered Nebraska football program had moved on, the 2015 season seemed to offer little hope in terms of morale. The firing of Bo Pelini and subsequent hiring of new head coach Mike Riley left many fans wondering in which direction the program would head. But, with unbridled optimism, we threw our support behind the new ball coach.

Let’s take a look back at Year One of the Mike Riley Era.

It’s hard to put into words the agony Husker fans suffered last season, especially late in games. They lost on a Hail Mary as time expired to BYU. They stormed back furiously against Miami, only to lose in overtime. Illinois scored the go-ahead touchdown with 10-seconds to go in the fourth quarter. Wisconsin won on a 46-yard field goal with four seconds on the clock. Nebraska failed to convert on a crucial two-point conversion and fell to Northwestern by two points before losing in a shootout to Purdue the following week.

Despite those close losses, the team seemed to hit a turning point in Week 10. Michigan State arrived in Lincoln undefeated and ranked sixth in the country. Although the Spartans were heavily favored, the Huskers mounted an impressive comeback in the fourth quarter, including a controversial touchdown pass to Brandon Reilly for the one-point win. It was as if a weight had been lifted off the team’s shoulders. The Huskers had finally found a way to win.

The team beat Rutgers the following week before falling to No. 3 Iowa by eight in the final game of the regular season. The Huskers managed to sneak into a bowl game with a 5-7 record and went on to beat UCLA by eight in the Foster Farms Bowl in San Diego.

Although the Huskers’ 6-7 record was disappointing – the worst since 2007 – it was clear to many fans that a solid foundation had been laid. The Huskers may not have had the season everyone hoped for, but they did make big strides towards the end of the year and recruiting was going very well. By no means had the dark cloud of disappointment that had settled over Lincoln for the past 18 seasons moved on, but fans were starting to see beams of light breaking through. With many key players returning for the 2016 season, the future of Husker football was finally starting to look a little brighter under Riley’s leadership.