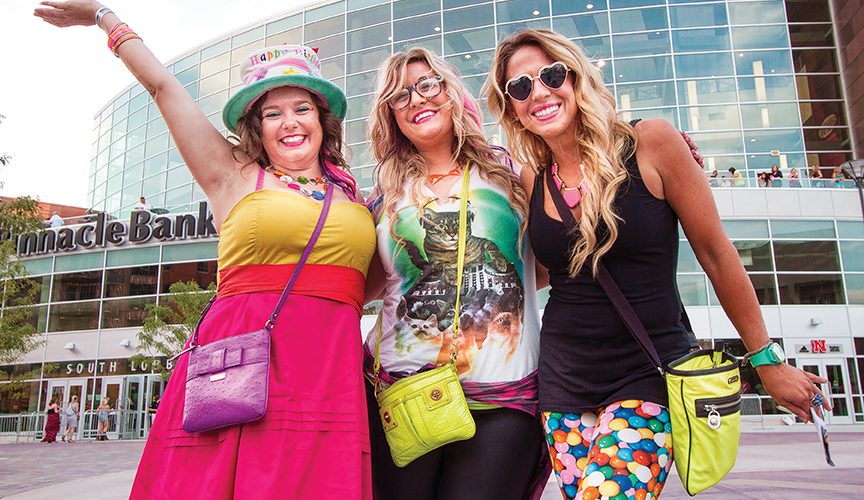 Lincoln’s downtown never really was at the city’s geographical center. And as the city grew, development spread east, south and north, leaving downtown on the western edge.

But as downtown has redeveloped in recent decades, it has become the figurative center of Lincoln: the Center of Opportunity. That’s what the 2019 Downtown Lincoln Master Plan asserts, and that’s what public and private investors are working to affirm.

The newest plan continues to stress the importance of housing in the downtown area. Todd Ogden, director of the Downtown Lincoln Association, said the downtown population has grown from about 1.2 thousand in 2010 to 6.4 thousand in 2020. Many of those residents are students at the nearby University of Nebraska-Lincoln, but they also include plenty of young professionals and a sizeable number of retirees.

Ogden said one of the “most fun” projects currently being built is Lied Place, a 20-story condominium building going up directly across P Street from the Lied Center for Performing Arts. Ogden said the project, scheduled to be completed in 2021, is expected to draw a lot of empty nesters—couples whose children have grown and moved out—as well as a lot of Husker football fans. Residents on the top level will be able to see most of Memorial Stadium just a few blocks to the north. “It will be like having your own skybox,” Ogden said.

Housing is also being added in the Telegraph District, just 10 blocks to the east. Several office buildings in the area have been renovated and repurposed, and Telegraph Flats will offer 150 apartments in two large buildings. Young professionals are the target market for those residences, Ogden said, which will include 14 live-work lofts that developers hope will appeal to artisans, small business owners and entrepreneurs.

Several new hotels also enhance the downtown. The Kindler, a 38-room boutique hotel, opened in late 2019 along with its restaurant, Boitano’s Lounge, designed by Olympic skater and Food Network star Brian Boitano. And a six-story Holiday Inn Express is under construction at 9th and O with plans to be open by mid 2021.

Walk one block north and turn left into the Haymarket. Anchored by the Pinnacle Bank Arena, the historic area is full of restaurants, bars and coffee shops, boutique shops and galleries and The Railyard, Nebraska’s first entertainment district.

Less than 10 years ago, railroad tracks ran through the district, which now includes about two dozen businesses, more than half of which offer food and beverages. The area features a huge outdoor screen that showcases free movies during the summer months as well as special events like Husker games and the World Cup soccer finals. The viewing area is flooded to become a skating rink in winter.

Just south down Canopy Street from the Railyard is more evidence of Lincoln’s growing economy. Olsson Associates, an engineering firm, built its new three-story headquarters there in 2014 and started an expansion in 2018.

And right across the street to the north is Hudl’s new seven-story headquarters, completed in 2017. Both buildings have retail and restaurant spaces on the street level. Hudl, whose business provides “tools for coaches and athletes to review game footage and improve team play,” was founded in 2006 by three graduates of the University of Nebraska-Lincoln’s Raikes School of Computer Science.

The Haymarket continues to expand south, and the square block south of N Street and west of 7th Street is scheduled to become a city park, a priority in the master plan. “That little park will be a great amenity,” Ogden said, and is expected to draw more residential construction to the surrounding area. A full-service grocery store in the Haymarket has also helped solidify its designation as a place to live as well as a place to have fun.

Perhaps its biggest appeal, though, is the historic nature of the majority of the Haymarket’s buildings—former warehouses and small factories—echoing the nationwide trend toward restoration of cities’ historic districts.

One new focus in the plans for downtown is redevelopment of a block occupied for more than 60 years by Pershing Auditorium, a 4,500-seat arena. The city gradually outgrew the space, and the auditorium closed in 2014. Soon after, the search began for a proposal to renovate or replace the building, and the master plan identifies the site as the centerpiece of a community commons.

In 2020, Lincoln’s mayor selected a project for the block that will include 100 units of affordable apartment housing, spaces for a wellness center and a childcare center and a retail area. The plan also proposes a new home for Lincoln City Libraries’ downtown branch. Estimated completion date is 2024.

Connecting the historic Haymarket on the west and the Telegraph District on the east and running right through the center of downtown—and just a block from the project that will replace Pershing—is an important segment of Lincoln’s bike network. The east-west protected bike lane on N Street has been a clear success, Ogden said. The next step, already underway, is to improve some of the north-south connectors in downtown.

Enhancing trail use is the city’s bike sharing program, BikeLNK. More than 15 stations and 100 bikes are available for rent via a cell phone app, and Ogden said usage continues to grow. “They’re a really great way for commuters to get from place to place” in the downtown area, he said.

Paul Barnes, manager of the long-range planning division at the Lincoln/Lancaster County Planning Department, said the fact that Lincoln is home to the state capital and the University of Nebraska’s main campus brings a lot of excitement to the community.

“There continues to be a strong desire to invest in downtown and create an even more livable environment in the area. Lots of good things continue to happen in downtown Lincoln,” he said. And while downtown is still not Lincoln’s geographical center, the city has joined with private investors and Lincoln’s residents to support and promote what has become the city’s Center of Opportunity.