NEBRASKA ATHLETICS—Getting Back on Track 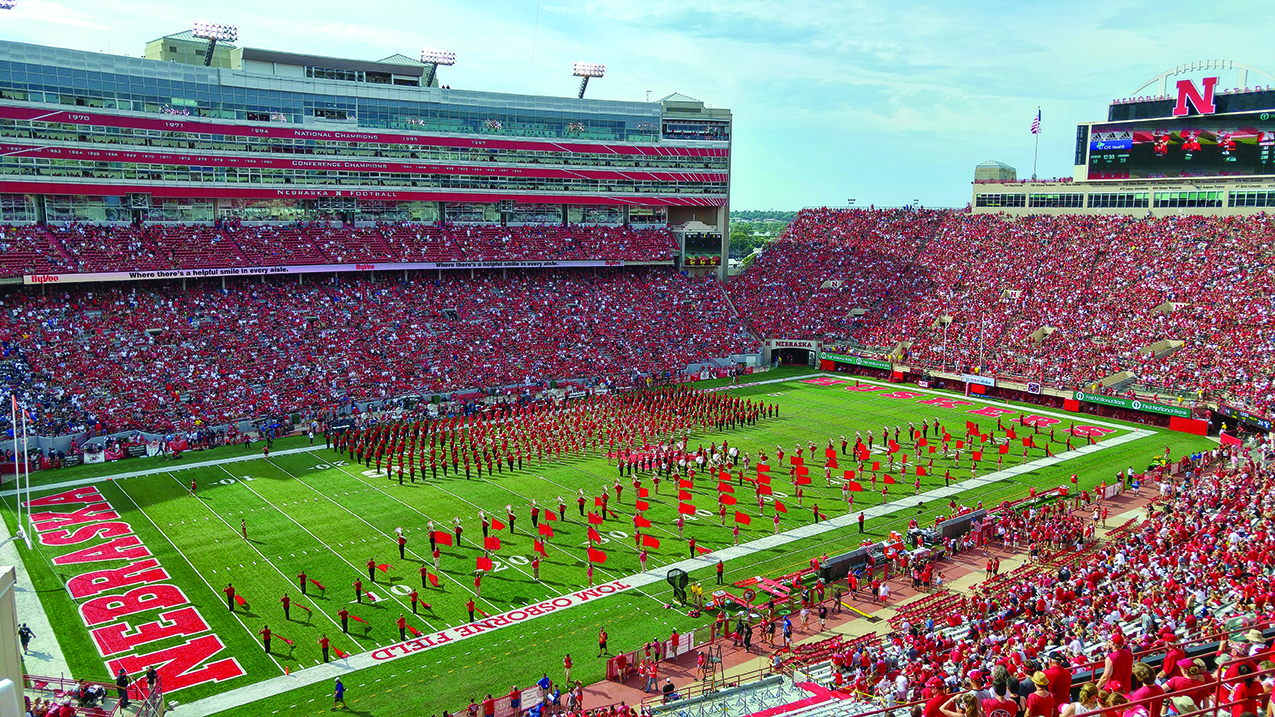 Nebraska’s breakup with Bo Pelini was ugly, as most one-sided breakups often are. Words were said—bad words—feelings were hurt, and tough decisions were made. When the dust settled, our head football coach packed his bags and left town. There was bad blood there. I’m pretty sure Taylor Swift even wrote a song about the whole situation.

2015 seemed to be another tumultuous year of highs and lows for Husker fans, let’s take a look back.

There’s no getting around the fact that 2014 ended awkwardly. Bo Pelini’s dismissal from the program preceding the bowl game against USC was the topic of conversation across the state. Although not unexpected, everyone seemed to have an opinion on the subject. No matter your leanings about the fiery figurehead, Bo Pelini was a tenacious competitor who was fiercely loyal to his players, many of whom in turn reciprocated that loyalty.

Despite the awkward ending, and another season many characterized as a failure to live up to our potential, there were many memorable moments from the 2014 campaign. A season after catching an improbable last-second Hail Mary to beat Northwestern, sophomore Jordan Westerkamp reeled in an unbelievable behind-the-back catch against Florida Atlantic in the season opener. In the following game, senior standout I-back Ameer Abdullah carried the team to victory against McNeese State, capping the game off with an unforgettable catch and run in the final minute.

The Huskers cruised through the rest of nonconference play and handled Illinois during homecoming before falling to Michigan State in East Lansing after mounting a furious comeback late in the game. However, the Huskers would bounce back by winning their next three games to improve to 9-1 overall.

Unfortunately, the Huskers would drop their next two games to Wisconsin and Minnesota respectively before beating Iowa to close out the regular season. After Pelini’s dismissal, the Huskers lost to USC in the Holiday Bowl to go 9-4 on the season.

The bright spot throughout the emotionally draining year was undoubtedly the play of senior I-back Ameer Abdullah. Following in the footsteps of many great Nebraska running backs before him, Abdullah was a leader on and off the field. Abdullah capped off his senior campaign by rushing for more than 1,600 yards and 19 touchdowns. Abdullah finished second in rushing in school history (4,588 yards), trailing only Mike Rozier (4,780 yards). In his senior campaign, Abdullah also passed Husker legends Johnny Rodgers and Mike Rozier to secure the school record for career all-purpose yards.

The 2014-15 season was Tim Miles’ third season as head coach at Nebraska. The Huskers seemed poised to have a breakout year after advancing to the NCAA tournament for the first time 16 seasons. With a full year at the Pinnacle Bank Arena under their belts, the Huskers continued to ride the wave of strong fan support. The Huskers were also returning several key players for the 2014 campaign, which helped them land a preseason ranking in the top 25.

However, injuries played a big role in keeping the Huskers from living up to the preseason hype. After starting 3-0, the Huskers fell to Rhode Island in overtime in the first road contest. The remainder of the Huskers’ nonconference schedule was full of ups and downs. Overall, the Huskers finished nonconference play with a 9-4 record, which included a loss to in-state rival Creighton.

Although some fans hoped the team’s early struggles were temporary setbacks, the problems continued for the Huskers into Big Ten play. The Huskers played strong defense, holding many opponents well below their scoring averages. However, their ineffectiveness on the offensive side hurt them down the stretch. During conference play, the Huskers only allowed an average of 64 points per game; however, they averaged a meager 57.5 points over the same period.

After reaching the NCAA Tournament Stillwater Regional in 2014, hopes were high heading into the 2015 campaign. The Huskers opened the season ranked 23rd nationally and second in the Big Ten preseason polls.

After a slow 7-6 start to the season, the Huskers came to life in March. After losing to seventh-ranked LSU 4-2 on March 8, the Huskers rattled off an impressive 11 straight wins before falling to powerhouse Cal State Fullerton. Despite the setback, the Huskers refocused to tally five more wins in a row. This impressive 16-1 stretch included series sweeps against conference opponent Michigan and former Big Twelve rival Texas. This impressive run allowed the Huskers to once again crack the top 25, earning them a ranking of 18th heading into a series with Big Ten preseason favorite, Maryland. The Huskers lost three straight to the Terrapins and lost fire down the stretch. The Huskers finished the remainder of the season 11-13 record.

After making it to the Big Ten Tournament as the eighth seed, the Huskers dropped two in a row to finish the season with a record of 34-23, including a record of 9-14 against conference opponents. Despite a disappointing season, eight Huskers earned All-Big Ten conference honors. Sophomore outfielder Ryan Boldt exemplified Nebraska’s strong academic tradition, being named an Academic All-American. Senior catcher Tanner Lubach was drafted in the ninth round by the Los Angeles Angels, which marked the 37th straight year a Husker has been selected in the MLB draft. Seniors Blake Headley and Josh Roeder were also drafted in the 20th and 21st rounds respectively, joined by junior Colton Howell in the 27th round.

While the stars haven’t necessarily aligned for the Huskers in recent years, fans are eager to see what the future holds. Fresh faces and perspectives may be just what the Huskers need to reign in their potential across the board.