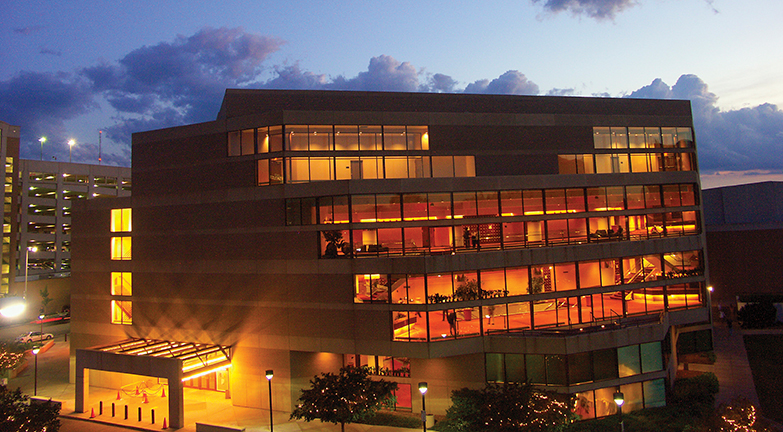 Nebraska’s Home for the Arts, the Lied Center for Performing Arts, kicks off another stellar season featuring world-class performances in every art form starting Sept. 24-25 with one of the most enduring Broadway shows of all-time, Joseph and the Amazing Technicolor Dreamcoat.

Part of the Glenn Korff Broadway Series, Joseph is followed by Broadway’s biggest titles including a six show run of the 2014 Tony Award-winning Best Musical, A Gentleman’s Guide to Love & Murder, Flashdance the Musical, Riverdance, and the best-loved musical of all time, Annie.

“Thanks to the Glenn Korff Endowment we are able to attract higher profile shows than we’ve had in the past,” said Bill Stephan, Lied Center Executive Director. “The Lied Center has been building up to this point. The two sold-out extended runs of Blue Man Group in 2011 and 2013 illustrated the high demand for top quality Broadway-style entertainment in Lincoln.”

Following the enormous success of the 25th anniversary season, the Lied Center will present one of the biggest popular artist line-ups in its history featuring bluegrass phenomenon the Punch Brothers and 18-time GRAMMY Award-winner Tony Bennett. The Fab Four, the Ultimate Tribute to the Beatles, returns as well as Take 6 with an all-new holiday concert. One of country music’s greatest living legends, Merle Haggard, will perform in his Lied Center debut on Nov. 10. The Texas Tenors and Dennis DeYoung, the voice of Styx, will round out the Lied Center’s popular performances in some of the most anticipated concerts of the season.

On Feb. 27 one of the world’s top orchestras, the Russian National Orchestra, returns for the first time since 2001, to perform with superstar pianist Yuja Wang. The all-Russian program will be highlighted by Stravinsky’s opulent masterpiece, The Firebird. This unforgettable concert features Wang whom the San Francisco Chronicle called “quite simply, the most dazzling, uncannily gifted pianist in the concert world today.”

“After sold-out performances by the Cleveland Orchestra and the Chicago Symphony Orchestra, we are thrilled to continue the tradition of bringing the finest orchestras in the world to the Lied Center,” said Ann Chang, Artistic Director.

The Lied Center’s classical music programming begins with the Shanghai Quartet, known for their passionate performances of both Eastern and Western repertoire. On Nov. 3 the premier men’s vocal ensemble, Cantus, will perform a program of both traditional and contemporary selections. The Lied Center’s Piano Series returns for a third year with leading concert pianists Stephen Hough and Garrick Ohlsson.

The Lied Center’s Jazz and World music line-up is highlighted by a performance by the New Orleans Jazz Orchestra featuring legendary singer Dee Dee Bridgewater and trumpeter Irvin Mayfield. On Feb. 13 the Lied Center will present “A Romantic Evening with Jackie Allen,” at Lincoln’s historic Rococo Theatre. The Pablo Ziegler Quartet for New Tango, famous for pioneering the Argentine New Tango movement performs on March 31 and Broadway hit FELA! comes to the Lied stage in concert, featuring starring cast members from the Tony-winning musical. On April 16, Doc Severinsen, longtime bandleader for The Tonight Show with Johnny Carson, will perform at the Lied Center for the fourth time, this time with the Nebraska Jazz Orchestra.

On Feb. 5, Les Ballets Trockadero de Monte Carlo returns to the Lied Center for the first time since 2006 blending incredible technique, impeccable comic timing and the astounding fact that men
can, indeed, dance en pointe. The Lied Center’s Spring dance program will include stunning performances by Parsons Dance and the Moscow Festival Ballet’s renditions of Romeo & Juliet and Carmen Suite. On Dec. 2, Netherlands-based dancer and choreographer Erik Kaiel will captivate audiences with an intimate performance in the Johnny Carson Theater.

Dr. Seuss’s beloved Cat in the Hat will bring all sorts of trouble to the Lied Center on Feb. 12-13 and
on April 14, one of PBS Kids’ biggest celebrities, Daniel Tiger, will visit the Lied Center to perform in a brand new live production filled with singing, dancing and laughter.

One of the Lied’s most extensive theater schedules in years will include L.A. Theatre Works’ adaptation of Bram Stoker’s Dracula, just before Halloween. As part of the Lied Center’s Grow A Show program which encompasses all commissioned work, the Lied Center will present two brand new productions, The Things They Carried and Puddin’ and the Grumble. Based on the best-selling novel, The Things They Carried chronicles author Tim O’Brien’s personal journey to the jungles of Vietnam in a riveting one-man production which will be performed in the Johnny Carson Theater. Puddin’ and The Grumble is an uplifting family musical that explores overcoming the challenge of childhood hunger in our own community and is being developed with the help of students from Clinton Elementary School by Lincoln writing team Becky Boesen and David von Kampen. The Lied Center’s theater program will conclude with a powerful performance of The Exonerated by the Actors’ Gang, under the direction of Academy Award-winner Tim Robbins, capturing the real-life experiences of six wrongfully convicted death row inmates.

The Lied Center closes the 15/16 season with Ryan Stiles and improv comedy’s biggest superstars in Whose Live Anyway?, following a sell-out performance in 2013.