A city of public art 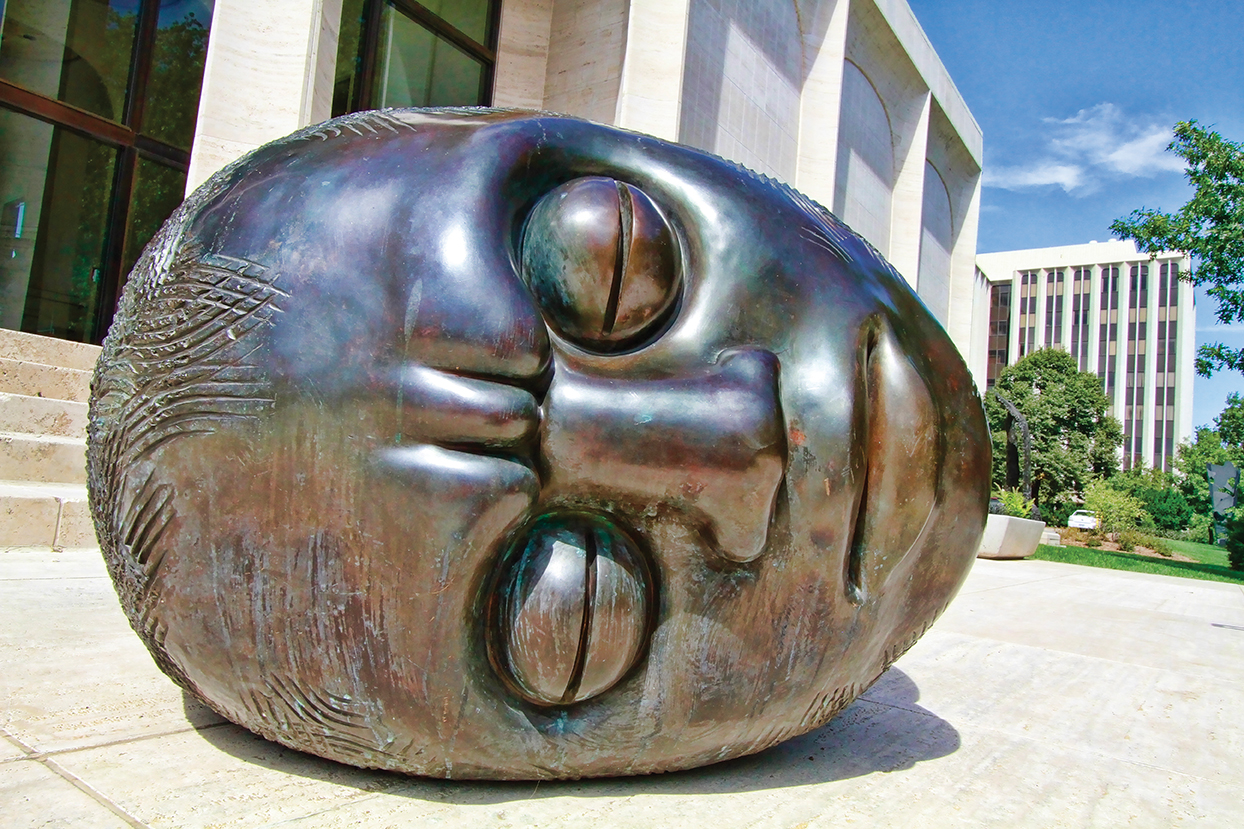 Lincoln is a city that will satisfy art lovers. There are more than 100 pieces of public art on display throughout the city. Public art in Lincoln comes in all forms—sculpture, memorials, murals, monuments and wall art. So take some time to enjoy the art in the city.

It seems that every year a new piece of art is unveiled. The most recent is a sculpture on 14th and P streets. Installed by German steel and glass workers in the heart of downtown Lincoln, the large glass spire lights up at night like a magical tower of color. Created by renowned Japanese sculptor and Omaha resident Jun Kaneko, it consists of sand gardens, and concrete concentric circles that surround the five-story, multi-colored, lighted glass tower. The $1.15 million, 57-foot-tall glass tower, fabricated in Germany, is the centerpiece of the new $3.64-million Tower Square at 13th and P streets. A 1970s theater was demolished to make way for this shiny new plaza with lots of seating and space to simply linger and enjoy. Come to the Tower Square and enjoy the space, bring your lunch or your coffee, come with your friends and immerse yourself in this piece of art.

The Sheldon Sculpture Garden, located on the campus of the University of Nebraska-Lincoln, features 30 distinct sculptures from the early 20th century to the present. Dedicated in 1970, the garden originally covered 2.5 acres. Outstanding pieces of modern and contemporary sculptures have been installed in the garden as well as across the campus. These world-class sculptures, created by artists from across the world, continually intrigue UNL students and staff as well as visitors. The most popular sculptures in the Sheldon Sculpture Garden include Torn Notebook by Claes Oldenberg and Coosje van Bruggen, Old Glory by Mark di Suvero, and Greenpoint by Richard Serra.

At first glance, a 15-foot-tall earth-toned human head rising out of the ground below Lincoln’s new Union Plaza seems to be just that, a giant human head. But the ceramic sculpture, by New York artist James Tyler, has a deeper meaning—about 200 feet deeper. Groundwater
Colossus is the personification of freshwater aquifers that lie hidden beneath the earth’s surface. Specifically
honoring the Ogallala Aquifer, which provides drinking and irrigation water to eight states, the Groundwater Colossus is one of the largest freestanding ceramic sculptures ever created.

This piece was installed by Tyler in mid-August 2012. More than 300 distinct bricks made of red clay were stacked in concentric circles, eventually forming a mostly hollow head. Union Plaza in Antelope Valley, near 21st and P Streets is the home of Groundwater Colossus. For more information on Groundwater Colossus, visit tylersculpture.com or lincoln.ne.gov/city/parks.

These are only some of the public sculptures in Lincoln, as well as some great murals on walls. The Museums are full of amazing art too. Take time to read the Art Gallery story on page 34 for more information about all the art that enhances the city. Lincoln is truly a city full of art.