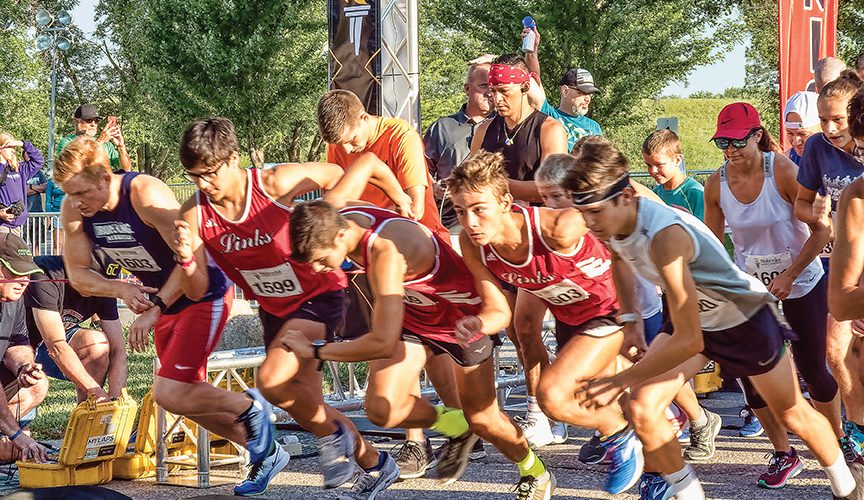 The Cornhusker State Games, held annually in mid-July, is one of the nation’s largest multi-sport athletic festivals with some 70 different sports conducted at more than 50 different venues, primarily in Lincoln and the surrounding area.

An average of 10,000 participants—from at least 80 of the state’s 93 counties—participate annually in events ranging from Olympic staples like swimming, wrestling and track & field, to off the beaten path events like electronic darts, miniature golf and kart racing. The variety of sports helps attract an audience ranging in age from under-five to 90 in a typical year.

An Olympic-style Opening Ceremonies—complete with a parade of athletes, skydivers, fireworks and a torch-lighting ceremony featuring a mystery sports celebrity—adds entertainment value and facilitates camaraderie across the age, geography and sport-preference spectra. But once the torch is lit, the athletes ardently pursue the podium and a shot at one of the 3,500 gold, silver and bronze medals awarded.

To further accomplish that mission, the Council now conducts a multi-sport Corporate Games, with more than 40 local companies forming teams of employees. They compete for fun, team-building and wellness, and these Games give Lincoln employers another reason to tout Lincoln as a great place to work.

Other events conducted by the Nebraska Sports Council include a Mud Run, held in late August at the Lancaster Event Center and the youth-only one-mile Pumpkin Run, the largest youth fun run in the nation, with more than 3,500 pre-school and elementary runners annually.

The Nebraska Sports Council is a 501(c)(3) non-profit organization that relies almost entirely on sponsorships and donations to conduct fun, family-friendly events for more than 20,000 Nebraskans annually.  Learn more at NebraskaSportsCouncil.com.