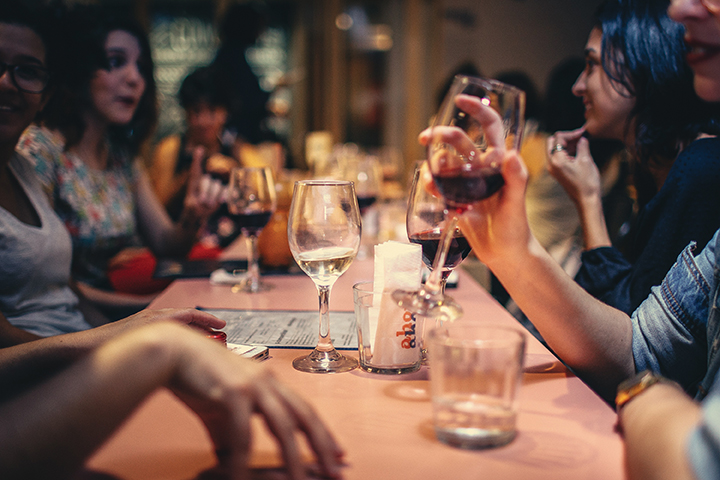 Discovering evenings out in Lincoln

For many, nightlife means the sounds of music and good company.

“Lincoln is now fortunate to have multiple spaces for small acts, to big names who attract thousands to the Pinnacle Bank Arena or Pinewood Bowl,” said Spencer Munson, whose job it is to be plugged into the city’s vibrant music scene as director of Jazz in June, Hub & Soul music series, and the Lincoln Calling music festival, and as a DJ and a concert organizer. Nationally known names like Maroon 5, Cher, New Kids on the Block, Chris Stapleton, Cardi B, Miranda Lambert, Elton John, Joe Bonamassa and Tenacious D have either played at those large venues or are on the calendar to do so.

For entrepreneurial-minded readers, what’s missing in Lincoln is the indoor 2000+ person venue once filled by the now defunct Pershing Auditorium.

The Bourbon Theatre and The Zoo Bar have the biggest reputations to live up to on the local club/bar scene.

The vintage marquee in front of the Bourbon Theatre at 1415 O St. announces the next bands to play the repurposed 1920s-era former movie theater in the heart of downtown. Since opening in 2009, it’s emerged as a club like none other in Lincoln, hosting shows by They Might Be Giants, Watsky, Stone Temple Pilots, Taj Mahal, Keller Williams, The Bart Crow Band, the Wailers and more. It gives up-and-comers a place to play, too. The venue holds as many as 900 people, often general admission/standing room only, and open two or more nights a week depending upon the time of year. In past summers, Bourbon was the rain-out location for Tuesday evening Jazz in June concerts usually held on the grounds surrounding the University of Nebraska-Lincoln’s Sheldon Art Gallery. And, along with The Zoo Bar, Duffy’s Tavern, Bodega’s Alley and 1867, Bourbon annually hosts the multi-site Lincoln Calling (fall) and Lincoln Exposed (winter) music festivals which draw large crowds. (See the article about festivals elsewhere in this publication.) Find out who’s playing now and next at bourbontheatre.com.

Nearby, patterned after classic Chicago blues clubs, The Zoo Bar has been in the same spot at 136 N. 14th St., seemingly unchanged since 1973. The walls are plastered with handbills featuring past shows by many of the biggest blues artists in the business. James Harmon, Charlie Musselwhite, Stevie Ray Vaughan, Buddy Guy, Robert Cray and Luther Allison have played here, and the club hosts the best local musicians as well. There’s history here, but it’s probably good the walls don’t talk. With changing demographics, several nights during the week The Zoo Bar has added jazz, stand-up comedy and roots music to the lineup on their compact stage. The Zoo Bar also has the best jukebox in town. But the blues is the best, and the contemporary blues artists who play there are exceptional. ZooFest, the club’s mid-summer anniversary shindig attracts big, appreciative crowds when it takes over the street in front of the club on a hot summer weekend. To find out who is playing and when, see the club’s calendar at zoobar.com.

“We have a lot of music venues in close proximity to one another, so artists can hop between venues or play to different crowds that patronize them,” said Munson. “Omaha is just up the road, too. We get a lot of creativity that goes back and forth between the two cities.” Lincoln is also lucky to have a lot of nonprofits working to support the arts and foster a younger demographic.

Tuesday is Munson’s favorite night to go out. “The Zoo Bar has jazz early and then later, a couple DJs who play old soul records. On weekends, I like listening to live music at Bodega’s Alley or 1867.”

Lincoln’s burgeoning brewery community has not only cross-pollinated into food, but often supports local music, too. Try Kinkaider Brewing Company in the Haymarket or Schillingbridge Cork & Tap House in the northwest part of the city. Both have great outdoor spaces. In fact, many pubs and nightspots now offer comfortable outside social spaces, like the roof top at Barry’s Bar & Grill (Haymarket).

The restored Rococo Theatre at 140 N. 13th St. hosts concerts throughout the year, as well as private events. Decibel restrictions in the building make it a perfect setting for comics, and world music, jazz, or acoustic performers like Trey Kennedy, Pavlo, Ben Folds, Regina Spektor and Tommy Emmanuel (rococotheatre.com).

Watch for concerts by the Nebraska Jazz Orchestra, one of the mid-west’s preeminent big bands.

If nightlife to you is lingering over a lovely dinner and wine, reserve a table at The Normandy, Vincenzo’s Ristorante, DISH Restaurant, The Lodge at Wilderness Ridge, JTK Cuisine & Cocktails, Billy’s, The Oven, The Green Gateau, Venue Restaurant or Sebastian’s Table to name a few.

For something different, visit Boombox Social, an homage to the 1980s and ‘90s at 16th & P streets. It has cocktails on tap, vintage arcade, a great outdoor space, and a secret door into the Sideshow Cocktail Lounge. (Look for them on Facebook.)

For something old-school cozy and comfortable, try the Tam O’Shanter Bar at 25th & O streets, and The Old Pub at 420 S. 11th St.

So, please put down the remote and enjoy an evening out in Lincoln!