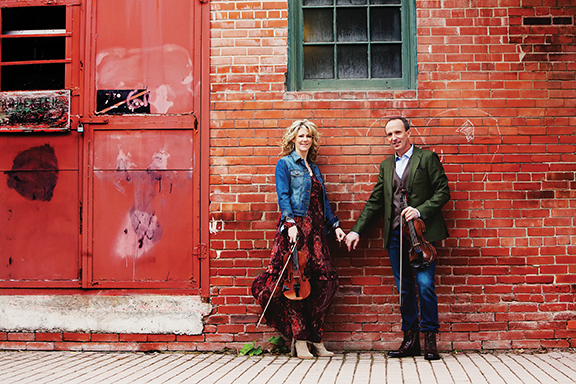 Since 1990, the Lied Center for Performing Arts at the University of Nebraska-Lincoln has been affectionately called “Nebraska’s Home for the Arts.” Nebraskans place value on arts and culture and the richness it adds to their lives. From to classical music, to dance, to musical , the Lied Center’s commitment to bringing great artists to Nebraska has never been stronger.

The Lied 2018/19 Season is filled with world-class artists, diversity and our biggest Broadway season yet. We welcome some of the hottest names in entertainment GRAMMY®Award-winning trumpeter Chris Botti, the Ukulele
Orchestra of Great Britain, multi-talented Paul Shaffer and Nebraska Jazz Orchestra, the hilarious Tim Allen, A Celtic Celebration with Irish music and dance, the incredible Laura Osnes singing some of our favorite Broadway tunes and with the children’s show The Very Hungry Caterpillar & Other Eric Carle Favorites.

This season’s classical programming offers numerous causes for celebration. After sold-out performances last year with American Ballet Theatre and the St. Louis Orchestra, we are thrilled to continue the Lied Center’s storied tradition of presenting the finest orchestras in the world—this season with the San Francisco Symphony. This is the final year with the incomparable Michael Tilson Thomas conducting the San Francisco Symphony, so this is a performance you won’t want to miss. GRAMMY®Award-winning Emanuel to the Lied for the first time since 2012. Truly it is a classical music lineup sure to captivate and inspire you.

We also have two world-class tribute shows: Purple Reign, direct from Vegas, including the hits When Doves Cry, Little Red Corvetteand Kiss, and the first tribute act to ever appear as the musical guest on the Late Show with David Letterman. In celebration of the 50th anniversary of the release of Abbey Road,RAINwill bring the greatest Beatles hits to life. This mind-blowing performance takes you back in time with the legendary foursome delivering a note-for-note theatrical event. After a sold-out Lied performance in 2009, RAIN returns to celebrate the world’s most iconic band.

Beyond presenting dozens of world-class artists year after year, the Lied Center is also committed to providing local students with opportunities to engage with professional touring artists during their time in Lincoln. Because the Lied Center is a proud affiliate organization of the University of Nebraska-Lincoln, University of Nebraska students are often among the first to receive these unforgettable opportunities.

Lied Center artists enrich the lives of Nebraska students through educational lectures, master classes, residencies and more. Students have the opportunity to work with cast members from multiple national tours of Broadway musicals, participate in master classes with world-renowned musicians of the San Francisco Symphony and engage in an intensive residency with Rennie Harris’ Puremovement dance company, among many others. Lied Center artists not only perform on the stage, they enlighten young people in the classroom and transform the lives they touch forever.

“When you purchase a ticket to a Lied Center performance, not only are you helping to bring the greatest artists in the world to Lincoln, you are supporting life-transforming moments in the classroom that will change the lives of the individuals touched by these opportunities forever,” said Bill Stephan, executive director of the Lied.

The Lied Center’s full 2018/19 season listing can be found below. For more information on each performance, including videos of the artists, visit LiedCenter.org.

Rodgers & Hammerstein’s The King and I

A Celebration of Music & Milestone

The Ukulele Orchestra of Great Britain