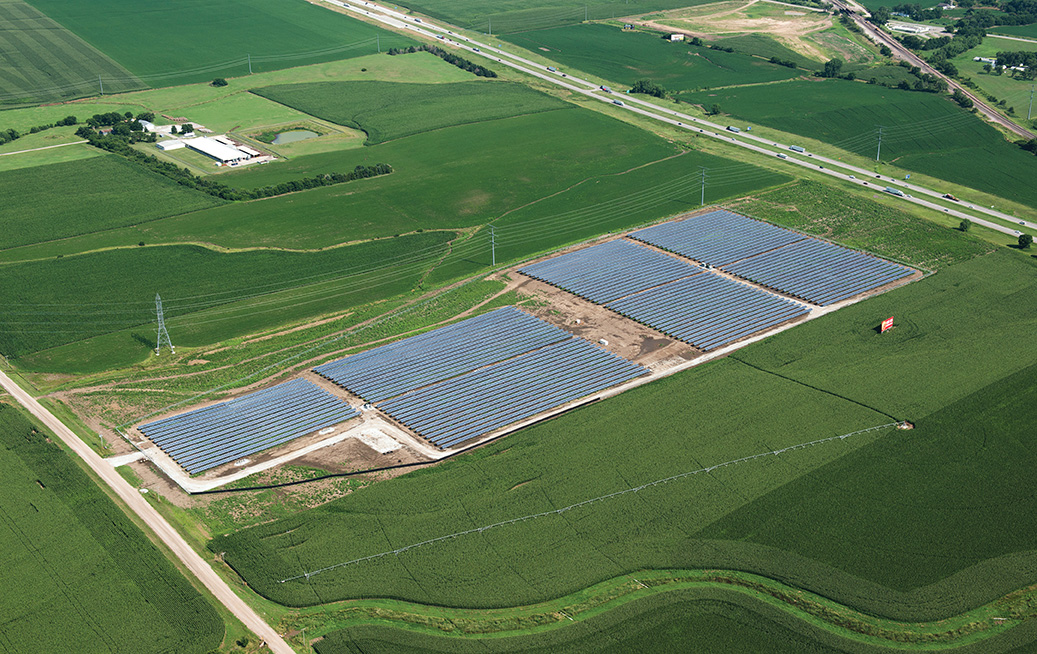 Without a doubt, 2016 was a remarkable year for Lincoln Electric System. The public power utility celebrated its 50th year of powering Lincoln and surrounding communities.

While much has changed over the 50 years LES has been providing service, its guiding principles have not. LES is still local people, serving local people with a commitment to high reliability, affordable rates, customer engagement and local control.

Today, LES serves more than 135,000 customers at rates among the lowest in the nation. It also celebrates a service reliability record that continues to be among the highest in the industry, at 99.99 percent. In addition, the utility offers its customer-owners programs and services to help them make choices that save energy and money.

“LES’ 50th anniversary is an opportunity to reflect on how much we’ve grown as a community and as a utility,” said Kevin Wailes, LES administrator & CEO. “Fifty years ago, I am not sure many could have foreseen that their local utility would be able to produce an equivalent of 48 percent of its retail load with renewable generation.”

Working with our customer-owners to power their homes and businesses and to help meet community goals while keeping rates affordable, is a testament to the dedication and ingenuity of LES staff and Administrative Board members, he said.

“Since LES employees and Board members make their homes here, the loyalty to the community they power runs deep,” said LES Administrative Board Member Vicki Huff.

LES’ commitment goes beyond providing electricity. LES employees also believe in the power of giving. They continue to generously donate their time and money to support local charities. From Junior Achievement and science fairs to United Way’s Pacesetter campaign and elementary school outreach, LES employees do their part to enhance the quality of life in the area.

The utility also offers energy-efficiency and conservation advice to customers struggling to pay their utility bills.

LES continues its Sustainable Energy Program that provides customers financial incentives for energy efficiency and peak-load demand reduction. The program has cumulatively resulted in 30 megawatts of reduction in future load requirements and saved more than $22 million in electric energy costs using a gross savings approach. Not only has the community experienced $83 million in economic activity from the incentivized projects, but the program has reduced 48,000 tons of CO2 production.

LES was the first utility in Nebraska to adopt a net-metering program to facilitate customer-owned generation and first to offer a one-time capacity payment in recognition of the peak-demand reduction. In 2014, LES continued that leadership role by adopting a Renewable Generation rate to encourage investment in neighborhood and commercial solar development. LES has hosted workshops and public meetings for its customers and other stakeholders to review its decision-making process and the need for specific projects. Additionally, since 2011, LES has hosted an annual Sustainable Living Festival to showcase local organizations and companies that are helping customers make their homes and businesses more sustainable.

In the 1990s, and with the help of customer donations, LES led the way when it installed two of the state’s earliest wind turbines northeast of Lincoln.

Since that time, LES has added more than 300 MW of wind energy to its generation mix to enhance diversity by fuel type and geographic location.

Recently, the utility provided a similar community partnership with customers in its SunShares Program, to help bring the first utility-scale solar facility to the state.

Putting innovative thinking to work, LES took advantage of an opportunity to work with the city of Lincoln and turn a hazardous byproduct of garbage into something useful. The Landfill Gas to Energy Plant converts methane gas recovered from Lincoln’s Bluff Road landfill into electricity. The resulting annual greenhouse gas reduction is equivalent to the emissions from 24,300 cars.

LES continues to replace aging infrastructure with newer, stronger and better-protected equipment to prevent outages. The utility is expanding transmission to reinforce the electric power grid and deliver reliable, affordable energy to customer-owners.

In every way, LES continues to strengthen its foundation for long-term growth and success. The electric utility is dedicated to investing in the future for our customers and our community.

LES rates have ranked among the lowest in the nation for decades. As a public power utility, LES is not in business to make a profit. And due to its not-for-profit nature, it is not subject to income taxes like private companies.

Instead, LES contributes millions of dollars to the local governments it serves through an annual in lieu of tax payment and City Dividend.

LES’ strong financial position has made it possible for the utility to attain and keep a high, AA bond rating. This has allowed LES to finance major construction projects at a lower interest rate, saving everyone money.

LES makes decisions to reflect the values of the community, including environmental stewardship through the promotion of energy efficiency and demand reduction, as well as investments in renewable energy, Wailes said. This aligns with its mission to be a progressive leader, partnering with the community to maximize energy value and quality of life in an environmentally responsible manner.

LES continues to help improve the quality of life for our customers, employees, community and the environment. The utility has made a commitment to continue looking for ways to balance its mix of resources and to control costs, ensure reliable electricity and keep rates affordable.