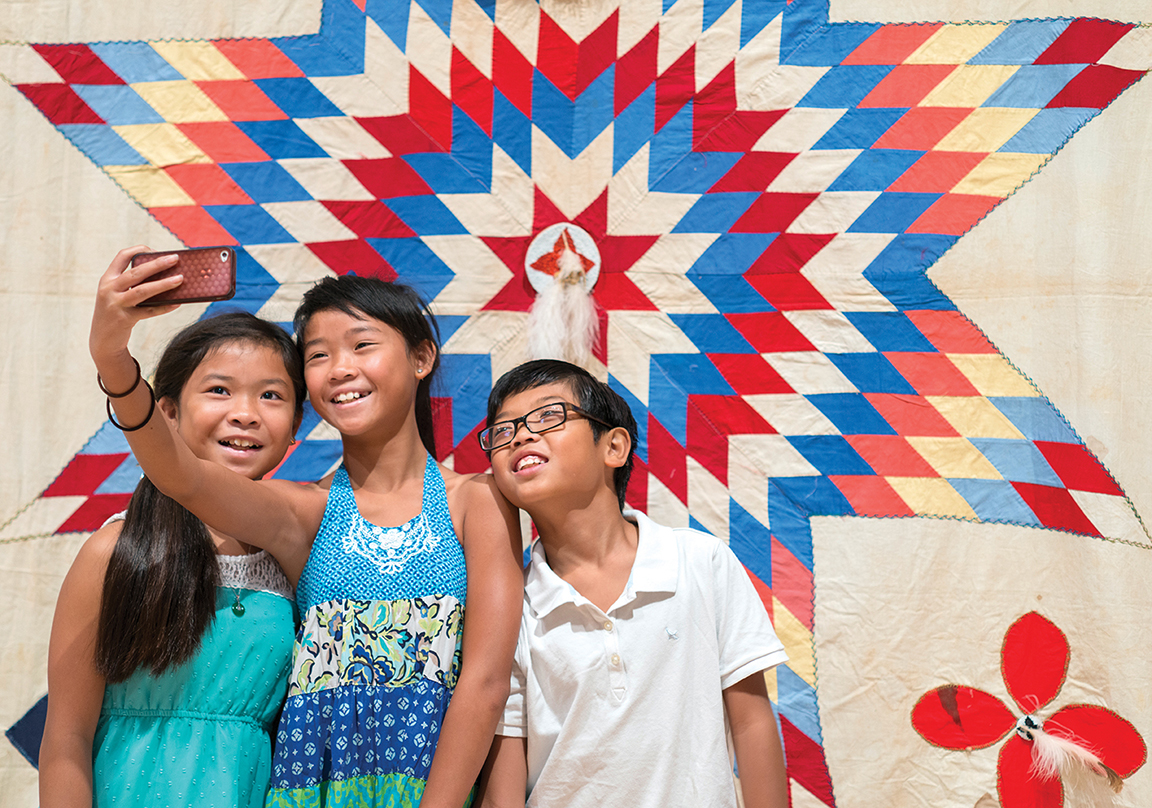 The International Quilt Study Center & Museum, located on the University of Nebraska-Lincoln’s historic East Campus at 33rd and Holdrege streets, will offer a variety of exhibitions and programs as it celebrates the center’s 20th anniversary in 2017.

The center was established at Nebraska in June 1997 when Ardis and Robert James donated nearly 1,000 quilts and an endowment to the university. It has grown to include more than 5,000 quilts from more than 50 countries. In 2008, Quilt House opened with state-of-the-art galleries and collections storage as a way to display and care for the collection.

To kick-off the celebratory year, the museum will highlight works from some of today’s leading and emerging artists. The exhibition schedule of contemporary quilt art includes:

Quiltscapes by Pauline Burbidge,
through March 25

Selections from the 12th Quilt Nihon Exhibition is an international quilting exhibition sponsored by the Japan Handicraft Instructors’ Association. JHIA received 341 entries from 11 countries featuring traditional and contemporary work. Top selections from this contest have toured the world before coming to Quilt House for display.

Mapping Nebraska is a drawn, stitched and digitally imaged cartography of the state created by Nebraska professor and artist Elizabeth Ingraham. Through this multi-year project, she has created a Locator Map, Surveys, Terrain Squares and Ground Cloths, which represent the physical, social, cultural and sociological makeup of Nebraska.

This celebration of current works will also include lectures and workshops from artists Joe Cunningham in February and Luke Haynes in March. The museum will partner with SAQA for a symposium April 27–30 in Lincoln. Layered Voices will represent artwork created by SAQA members. They were challenged to interpret the use and concept of layering in their work.

In conjunction with Nebraska’s sesquicentennial celebration, the museum will partner with the Nebraska State Quilt Guild for its Inspired by Nebraska Diversity wall quilt competition. The quilts will be on display at the museum in January and February, culminating in a luncheon at Quilt House on February 18 when the winners will be announced. After that, the winning quilts will tour the state during various celebrations.

Quilt House will feature traditional American works from notable private collections. Selections from Mark Dunn, president of Moda Fabrics, will appear during the summer, and some of American film documentarian Ken Burns’ collection will be on display beginning in the fall.

The exciting exhibition schedule culminates in the winter with the opening of American Quilts in the Industrial Age, 1750-1870 which will accompany a new IQSCM publication of the same title, set for release by the University of Nebraska Press. This exhibition and book will explore the development of quiltmaking in America from its inception in the mid-1700s through the Civil War. It will show how the rapid changes of the Industrial Revolution affected women, their families and textile production along with how quilt trends reflected popular historical movements.

The museum offers a variety of visiting experiences for audiences. Complimentary guided tours are offered daily at 11 a.m. on Tuesdays through Saturdays. Private and behind-the-scenes tours are also available for small or large groups. Visit www.quiltstudy.org for more information about pricing and scheduling.