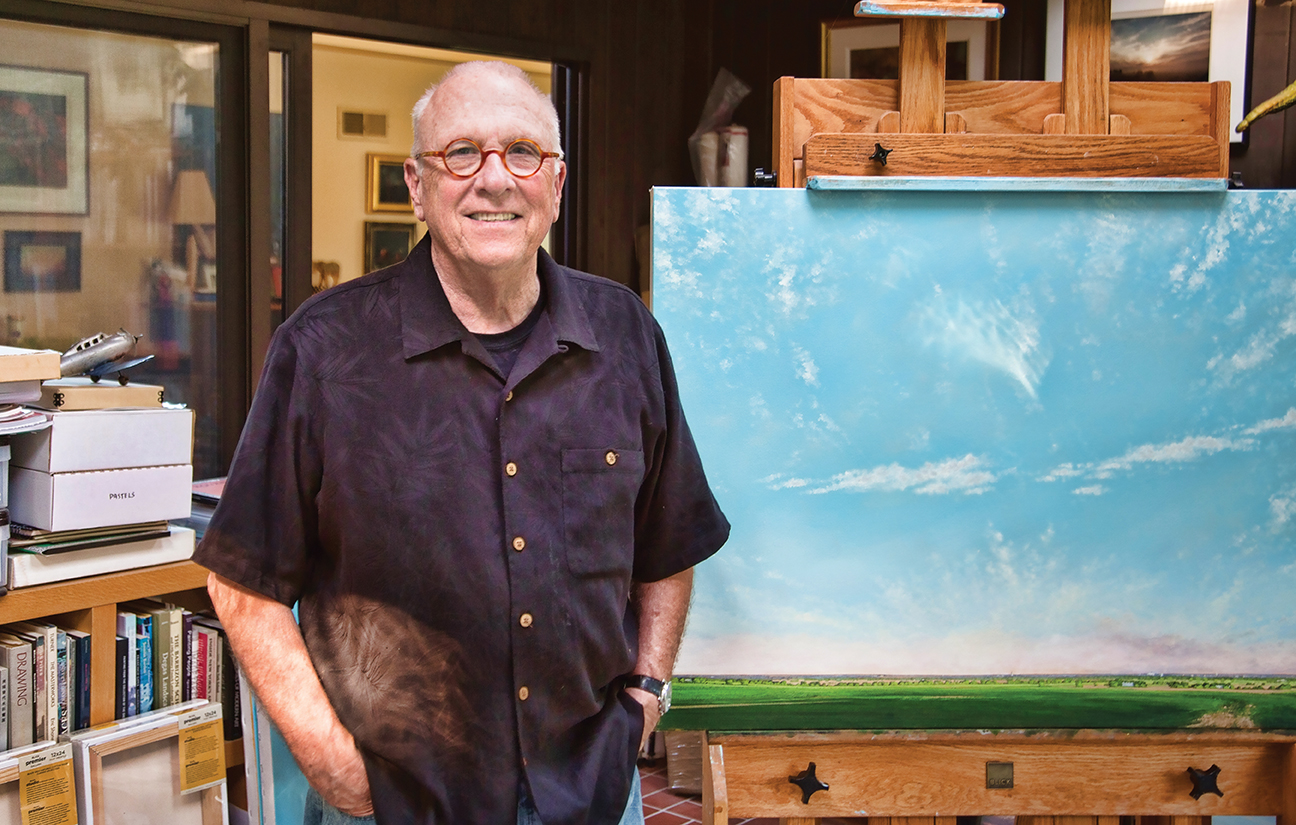 One of Lincoln’s treasures has become a National Treasure. The sky…our midwestern plains sky…captured with oils on canvas as only he can do it…beautiful…unmistakable…unforgettable…

Lincoln has a precious commodity in artist Keith Jacobshagen. And once you see his work, you must appreciate its unforgettable beauty.

So how has one of our local artists become a National Treasure?

Remarkable as that is, look at his resumé and you cannot help but be further impressed. He has work in over eighteen major museums across the country. These include Lincoln’s own Sheldon, Omaha’s Joslyn and one of my favorites, the Art Institute of Chicago. In addition to the museums, there are thirty-three corporate collections that include his work.

He came to Lincoln in 1968 to be an art professor at the University of Nebraska where he eventually received the “Outstanding Research and Creativity Award,” an award given to professors who have made extraordinary contributions to their field.

Jacobshagen also enjoys the rare honor of having had his work sold at Christie’s Auction House of New York City. This is something that perhaps only 1 percent of artists see happen in their lifetime, and it’s proof that his work is as collectible as it is desirable.

Jacobshagen was raised in Wichita, Kansas. He graduated from the Kansas City Art Institute and later earned a Master of Fine Arts from the University of Kansas. During these years he also worked as an artist/cartoonist for Hallmark Cards.  He enjoyed the work and sites it as one of the ways he learned personal discipline in his current routine as an artist. He credits several mentors for both encouraging him and teaching him outside the formal setting.

Next was Pat Riley, one of his father’s co-workers.  Riley gave eight year-old Jacobshagen, his first box of watercolors and encouraged him to begin painting. Jacobshagen also visited and studied in a nearby museum on an almost daily basis.

Finally, the nationally renowned artist Robert Sudlow played an important role in mentoring Jacobshagen. In 1967 it was Sudlow who introduced Keith to en plein air painting, the practice of painting outdoors. Something that he continues to this day.

Listening to his description of how the inspiration for his trademark big skies and low horizons originated one can feel his passion.

From as early as eight months old Jacobshagen remembers spending hours in a plane’s cockpit with his father, a test pilot who helped develop the famous B-29.

So picture yourself in the cockpit of a plane landing in wide-open Kansas farm country and you can see the origins of Jacobshagen’s breathtaking horizons. Combine this with his love of nature and it all comes together.

Lincoln can be proud. One of our precious commodities has indeed become a National Treasure.