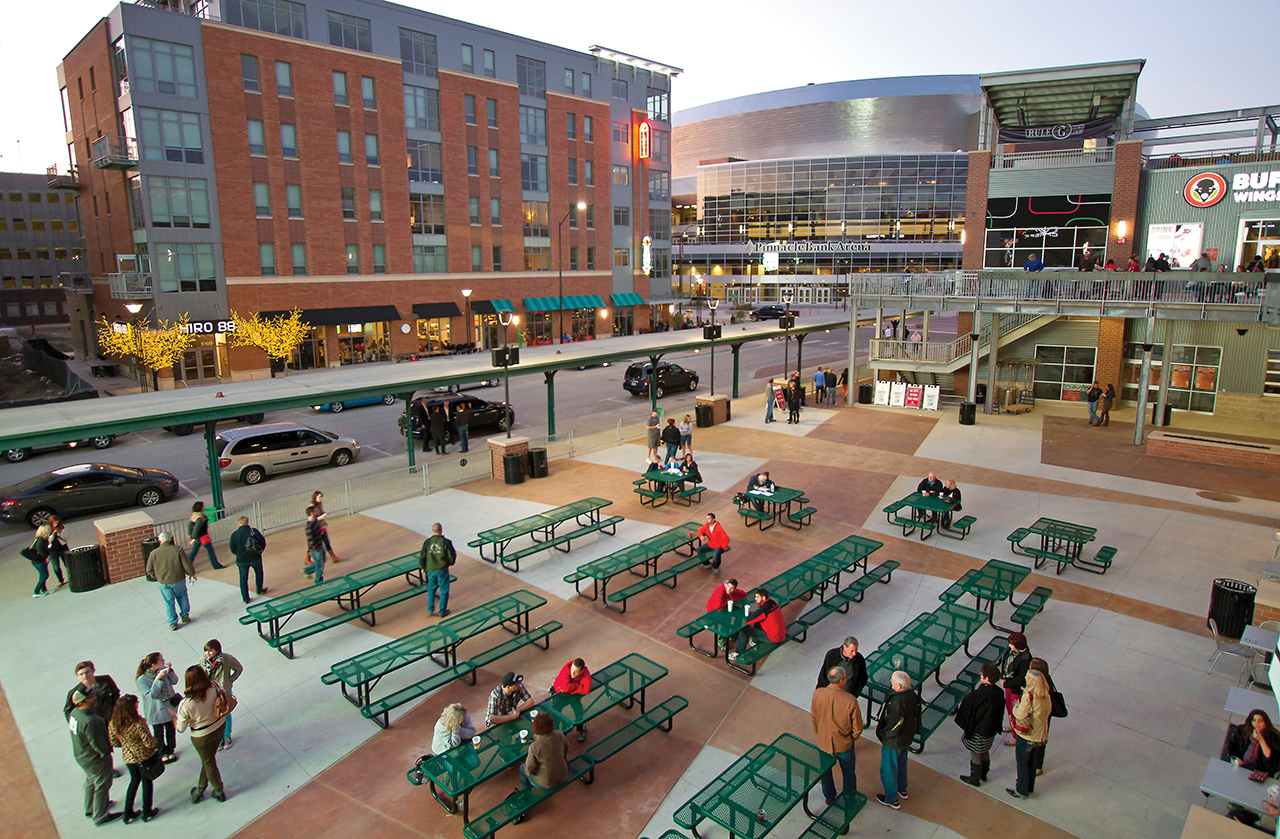 During the fall, The Railyard is home to Football Fridays hosted by the Nebraska Alumni Association. Families are encouraged to attend this event featuring yard games, a celebrity athlete panel, and trivia! Husker Fans without tickets to the game enjoy a stadium-like atmosphere within the Railyard during football watch parties on Saturdays. Pregame staples such as the marching band’s pregame show and the tunnel walk are provided by Huskervision and broadcast on The Cube.

December through the end of February, the Railyard transforms into a winter wonderland as the courtyard becomes an ice-skating rink, and the Christmas tree lighting ceremony illuminates the district for the holidays. Admission to the ice rink is free, and skate rentals are available for all ages.

The Cube, a 750 square-foot HD LED screen, serves as the beacon of entertainment for the Railyard, sprawling 14 feet high by 40 feet wide on the north side and 14 feet by 14 feet on the west. Programming features visual art, computer animation, augmented reality, and nature-scapes shot throughout Nebraska a well as special event programming such as NFL and college football, movies, and television shows.

Have tickets to a concert or event at the Pinnacle Bank Arena? The Railyard is located right across the street and is the place to be for pre- and post-concert celebrations!

No matter the time of year, The Railyard on Canopy Street is Lincoln’s prime location for upscale dining, sophisticated socializing and exceptional entertainment. Come join us!