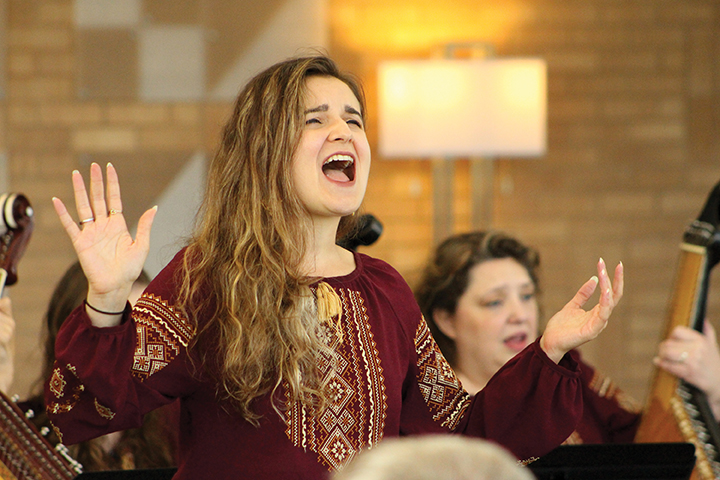 Founded in 2019, the Lincoln Crossroads Music Festival brings together international touring artists and local musicians and storytellers in a week-long celebration of Nebraska’s rich cultural heritage. Over the Festival’s nine days, you can expect to see high-caliber, genre-crossing performances including classical, folk, world, traditional, and soul music concerts as well as jam sessions, film screenings, workshops and a storytelling slam. The programming reflects the stories of the many cultural groups that call Nebraska home. Many of the artists stay for the entire Festival, creating an electric atmosphere of collaboration and cross-cultural experiences.

Perhaps surprisingly, Nebraska has been a center for cultural diversity and cosmopolitan cultural life since its beginnings. Both home to a rich Native tradition and one of the 19th century’s most important civil rights figures, Chief Standing Bear, it is also a welcoming place for immigrants and refugee communities both historically and recently. More than 80 languages are spoken within Lincoln’s public schools and the rich tapestry of the city’s cultural life can been found in more than just the number and variety of ethnic restaurants. The Lincoln Crossroads Music Festival aims to bring to light the artistic contributions of these traditions as they continue to develop in their new environment.

The Festival was founded by double bassist, music entrepreneur and Lincoln-native Erik Higgins to celebrate and raise awareness of Nebraska’s cultural richness, both among Nebraskans and nationally. Higgins, whose career has led him around the world and who now lives in Denmark, founded the Festival as a way to give back to his hometown and to highlight the often hidden, but bustling cultural life of the city.

The Lincoln Crossroads Music Festival promises to be a unique experience and worth a trip to the Cornhusker State. Far from being flyover territory, Nebraska is truly, as bestselling author Mary Pipher asserts, “the Middle of Everywhere.” Where else can you experience a 15-piece band of Ukrainian bandura players, the world’s foremost Tabla virtuoso, one of Syria’s greatest living composers, wild Celtic fiddling and a Yezidi dance circle—and where people still have time to say hello and the drivers of passing cars still wave to one another?

Every day the news is full of stories of division and strife, but the Lincoln Crossroads Music Festival just might give you an idea of what a possible future might look like, full of vibrant music, stories and friendships.