An Interview with Mayor Chris Beutler 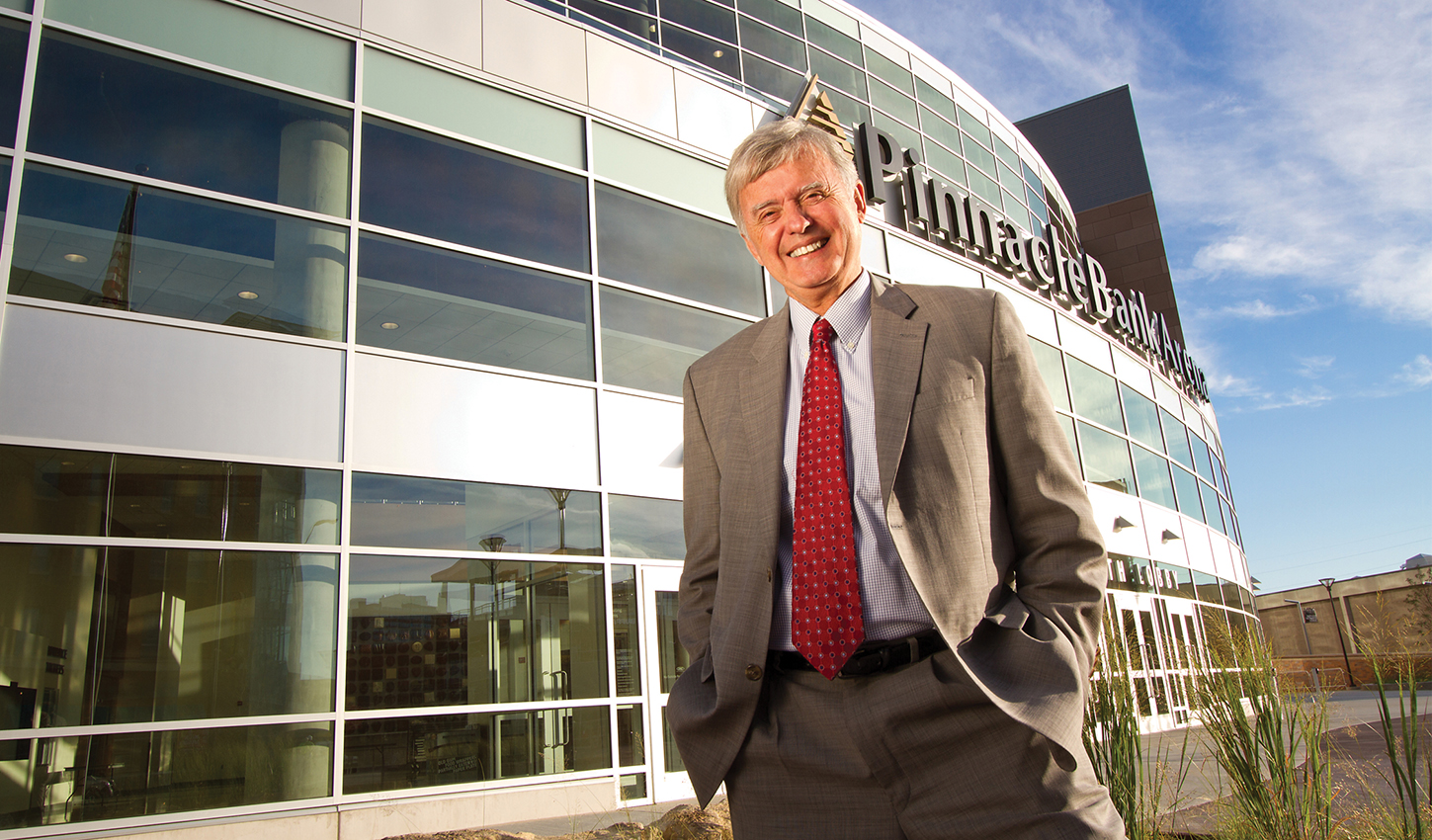 n Why do you think Lincoln is the happiest city in the nation?

Midwestern optimism, learned from our parents and our institutions, teaches us to look positively at things. Another factor is that we live in a city where we have done so many things right—good education and health care and the high national rankings for our quality of life and business climate. All of these contribute to one’s sense of contentment and a lack of fear and anxiety. The icing on the cake has been the city’s greater sense of unity and the community development impetus that has resulted from it at this particular historic time. Life here is really good and getting better. Earning the Guinness record for the largest Lincoln Log structure may have put us over the top!

n What does the Pinnacle Bank Arena mean for the community?

On one level, it means additional economic development, and it obviously greatly enhances our ability to draw additional tourism and entertainment income from the region. It adds significantly to the entertainment infrastructure of the city and brings to the community cultural experiences we have not been able to enjoy face to face for a long time in Lincoln. For both reasons, it’s an additional item in our toolbox to help keep young people interested in staying in Lincoln and raising families here. It’s also been very important from the perspective of community unity. Our community is demonstrating that we can pull off and control huge projects within the advertised parameters of expense. This has created trust and confidence in city government, and I believe that translates into a high level of trust in city government to work with private enterprise to continue to move the city forward rapidly.

n Why are the arts and culture so important to Lincoln?

Arts and culture are important because they help create a sense of place. And it’s not just the perception of our city to the nation and world, it also has very much to do with the reality of individual happiness. Support of the arts and culture is important because they help people define in an intellectual and a spiritual sense their very selves. They help us understand others and understand what it means to be a human being and to have purpose.

n What do you mean when you say that it’s important to create a “sense of place.”

A sense of place is the total sensory perception that an individual has of a place. And if you are trying to create a vibrant perception, you need to make it strong enough and vivid enough that young professionals want to stay, and visitors want to come see what it’s all about. It’s what you hear, see and smell in a community. It’s the activities available for physical fun and recreation as well as intellectual stimulation and enlightenment. The best phenomenon is when you have something that is totally unique to your place. I see that, for example, in Union Plaza, Civic Plaza, the Sunken Gardens and Pinewood Bowl. But it’s not just the manmade things, it’s the natural phenomena and how you incorporate them into the character of the city. An example here in Lincoln is the Haines Branch Prairie Corridor, a tallgrass prairie we are creating on the edge of the city.

n What is Lincoln’s image and what how would you like to improve that image?

If you are looking at the matter from national perspective, we are seen as a smaller community. That has a plus side and a negative side. I hope it means people associate our city with small- town, Midwestern values that are part of our heritage. Many of our residents are just one, two or three generations off the farm, and those are value systems we don’t want to change. In many minds, the small-town image comes with the impression that we are less competent and less interesting. Neither is true. That’s the part of the image we are working on. The national rankings help to change that negative perception.

n The 2013 “Give to Lincoln Day” raised more than $2 million for local nonprofits. Did that surprise you?

It mildly surprised me. I was not sure the Lincoln Community Foundation could focus attention in such a short time to one effort. Once they were able to do that, it didn’t surprise me that people responded. This is a great volunteer community, and Lincoln is very giving.

n Lincoln has been ranked as one of the best managed cities in the U.S. To what do you attribute that success?

You don’t just create that all of a sudden. All the Beutler Administration can take credit for is continuing to move in a positive direction. The real credit goes mainly to the elected leadership over the past 30 to 50 years and, most importantly, to top-rate public service represented by the managers and other workers in city government. Unfortunately political and philosophical disputes often mask the fundamental good work being done by the city’s public servants.

n What big projects are coming up on the horizon?

The completion of the Antelope Valley Project has been a major accomplishment for our community. Now, we will finish out the West Haymarket project—four blocks to go. Our next big job is to focus for a second time on basic infrastructure issues, in particular the South Beltway. As large and as vital to a growing community as the Arena project is, we need to figure out how to adequately deal with financing public infrastructure—roads and sidewalks in particular. We need to figure out how to supplement the Parks and Recreation Department maintenance and renovation resources and finally restore the funding we lost five years ago in the recession. We need to implement a sensible plan for reorganizing fire stations to provide equal emergency service coverage to all areas of the city. As I said in my latest State of the city Address, I believe we can use the momentum created by the arena to build new infrastructure and create new jobs and foster new economic opportunity all over again.