Taking a Ride on the Green Side 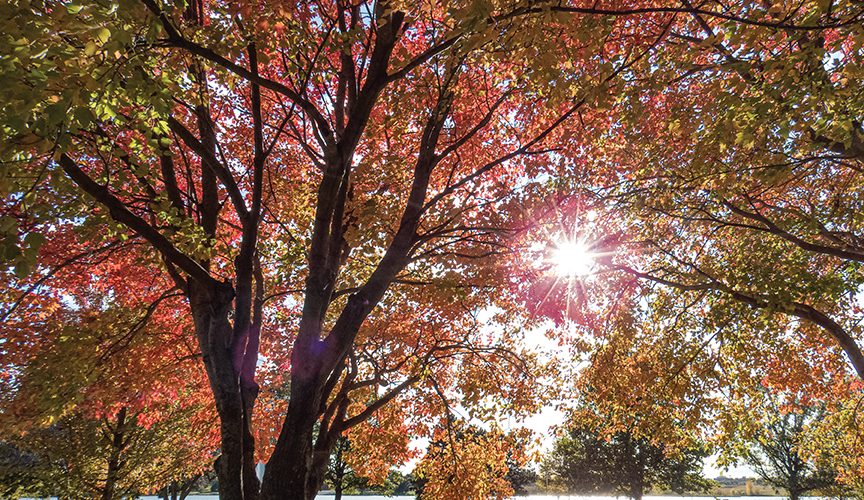 The star city really shines brightly (pun intended) when it comes to its contribution to the climate effort and making the world a better place. Acknowledgment of the issues, policies and programs aimed at mitigating, or at least adapting to the effects of, climate change is impressive.

For a detailed look at the actions and initiatives that the city of Lincoln is taking you can visit lincoln.ne.gov/city/mayor/energy, which details The Cleaner Greener Lincoln Initiative. This initiative, now celebrating its 10-year anniversary, has contributed Lincoln’s vibrancy, supporting sustainability and resiliency with future for generations in mind.

However, before you start reading in detail about The Cleaner Greener Lincoln Initiative, we’d like to share a few initiatives of note, which could make Lincolnites lives a little greener.

StarTran, Lincoln’s public transit bus system, has started the process of transitioning from diesel buses to electric buses. They recently added four electric buses to their fleet and this summer received an almost $400,000 grant to add even more. The move from diesel to electric buses is estimated to reduce greenhouse gas emissions by 100-160 tons per bus. If all goes according to plan, by the end of the year the majority of StarTran’s buses will run on electricity or alternative fuels. Visit lincoln.ne.gov/city/ltu/startran/ for more information.

But that’s not all. Lincoln has actually seen a significant increase in the number of electric vehicles on the road over the past few years. According to the Lincoln Electric System (LES), there are approximately 500 electric vehicles on the road at present and the number is expected to increase. In anticipation for this increase LES is in the process of expanding its charging stations throughout the city. They also have cost-saving incentives for people who purchase electric vehicles thanks to funding from a grant received from the Nebraska Environmental Trust. Visit les.com for more information.

Things are looking sunny in Lincoln as part of The Cleaner Greener Lincoln Initiative which is making things brighter by supporting its sustainable, resilient future for generations to come.

Among the various initiatives is SOLAR emPOWERED, the Mayor’s Cleaner Greener Lincoln initiative for solar energy aimed at helping Lincoln businesses and homeowners receive information regarding the clean energy opportunities in our city. This includes raising awareness of solar opportunities, making ‘Going Solar’ as easy as possible and sharing how the city of Lincoln is reducing costs via solar energy.

What is of particular interest is how the city of Lincoln is streamlining process, removing barriers and making the process of going solar user-friendly and more understandable. They also want residents to take advantage of the financial support available from the city, state and federal governments. Residents can receive both state and federal tax credits if they install solar power. The federal credit is for 30 percent of the cost of an installation, which significantly decreases your cost!

Interestingly, making walking and cycling more accessible is a strategy to mitigate climate change and Lincoln has done a stellar job in this respect. With a backbone built along two major rail corridors, with routes away from the hustle and bustle of the city, the Lincoln Trails Network has 131 miles of trails which include; long trails, short trails, loop trails and park trails, offering year-round opportunities for pedestrians and cyclists. These trails connect Lincoln’s parks, gardens, schools, commercial areas, colleges and universities, swimming pools, and major ball parks, which include Lincoln Children’s Zoo, the Pinnacle Bank Arena, and Pioneers Park Nature Center.

For the list of trail-related projects, and a map of trails visit the Great Plains Trails Network website at gptn.org.

In 2016, the city of Lincoln was awarded a Congestion Mitigation and Air Quality grant that along with the added funds from the community created BikeLNK, a program of the City Planning Department and Lincoln’s Current bike sharing system. Since 2018, Heartland Bike Share, a premiere active transportation organization manages the dock-based bike share program that has multiple station-kiosks mostly downtown that helps the city with clean and healthy transportation. BikeLNK offers an inexpensive alternative for those, specially living or working downtown, who don’t use cars, or would rather bike than drive. For more information visit bikelnk.bcycle.com.

According to Lincoln Mayor Leirion Gaylor Baird’s draft Climate Action Plan for 2020, Lincoln is in the process of transitioning all homes to electric heat and electric cooking appliances. The Mayor recently said the Climate Action Plan will build on the work of the existing Lincoln Environmental Action Plan (LEAP) to create “common sense strategies that make our community more resilient.” The plan also offers citywide compost collection, running an electric downtown shuttle system and enticing new buildings to use renewable energy as measures to mitigate the local impact on the climate and keep Lincoln as an environmentally friendly city.