Indie Films and Much More 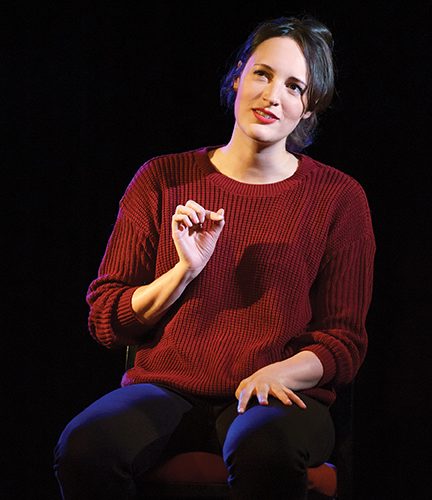 Located at 13th and R streets, The Ross shows movies seven days a week and features two theaters with state-of-the art digital projection systems, a concessions stand, research library, and film archive. The Ross plays an important role within the academic community and the city of Lincoln, bringing independent, documentary, foreign language, and classic films to a wider audience.

“The Mary Riepma Ross Media Arts Center has been one of the most valuable resources for students studying and enjoying film on our campus. It is world class,” Charles O’Connor, dean of the Hixson-Lied College of Fine and Performing Arts, said at the time. “This gift is an investment in the future of our students.”

The theater also receives support from The Friends of The Mary Riepma Ross Media Arts Center, a non-profit group established in 1981 that raises funds for programming and equipment. Friends members receive ticket discounts, complimentary passes, and invitations to special events.

The Ross showcases a wide variety of movies including Academy Award winners Parasite, Jojo Rabbit, and The Shape of Water; critically-acclaimed independent films The Last Black Man in San Francisco and The Souvenir; documentary films Toni Morrison: The Pieces I Am, John Lewis: Good Trouble, and Varda by Agnes; and foreign language films such as Pedro Almodovar’s Pain and Glory (Spain) and Hirokazu Kore-eda’s Shoplifters (Japan). The theater also hosts frequent filmmaker visits and Q&A sessions where audience members have a chance to interact with filmmakers and artists from around the world. Recent guest artists have include Directors Alexandria Bombach and Tom Donahue, editor Joseph Krings, author Emily Danforth, and actor/rodeo cowboy Brady Jandreau.

The Ross also shows live broadcasts via satellite from the National Theatre in London and the Metropolitan Opera in New York, so viewers can enjoy world-class opera and theater without leaving Lincoln.

General admission tickets for regular Ross films are $8.50 for matinee screenings and $10.75 for evening screenings, with discounts available for children, military, seniors, and Friends of The Ross members. All regular film screenings and most Ross events are $5 for University of Nebraska, Southeast Community College, Nebraska Wesleyan, and Union College students. General admission for National Theatre and Met broadcasts is $24, with discounts for seniors and students.