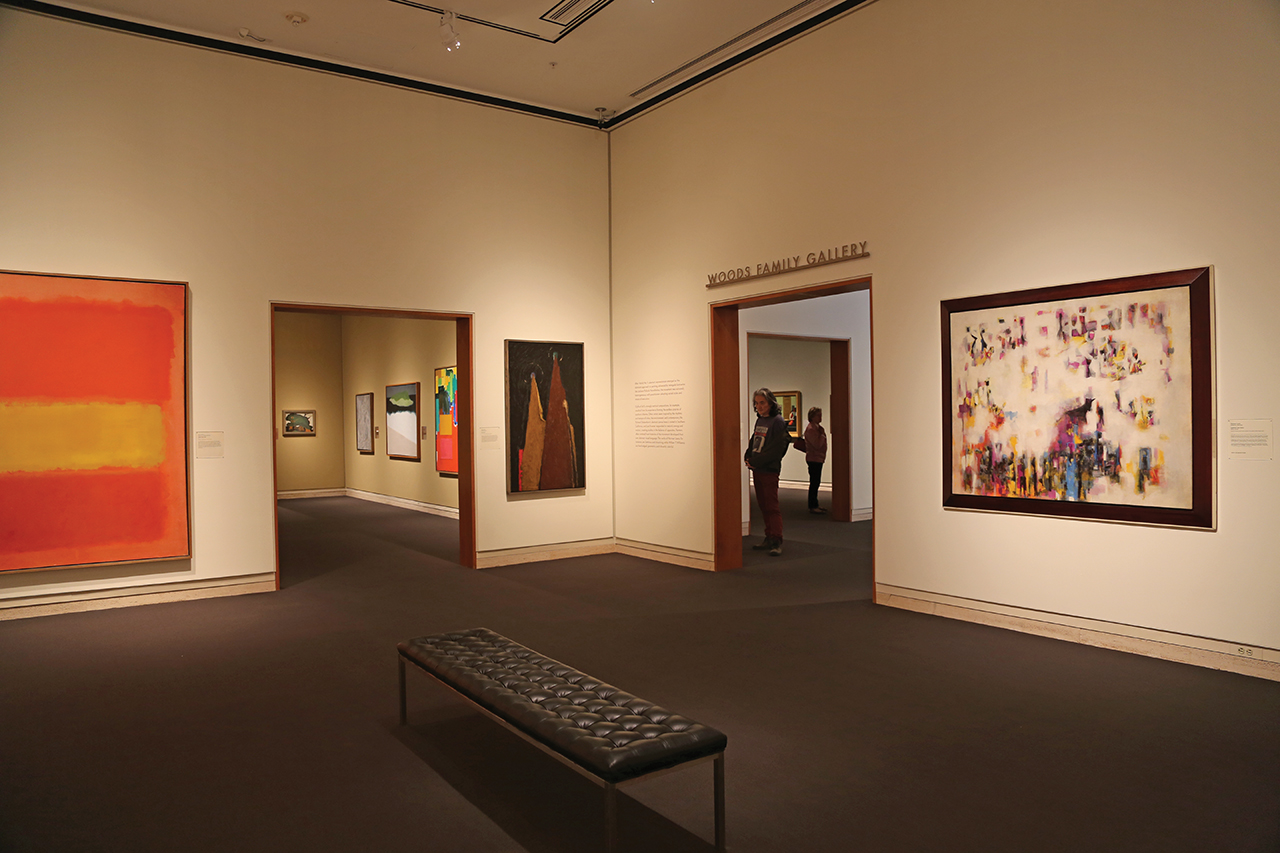 The strength of the Sheldon Museum of Art is its collection, a testament to unwavering support and collaboration established in 1888 by the University of Nebraska and the precursor to today’s Sheldon Art Association. A world-class collection reflects a visionary community and its determination to bring it together and sustain it over the decades.

In celebration of the anniversary of this alliance, the museum is publishing an all-new catalog of its impressive paintings collection featuring one hundred twenty-five artists, including nineteenth-century masterpieces by Albert Bierstadt, Thomas Eakins, John Singer Sargent, and Benjamin West; iconic pictures by twentieth-century artists such as Edward Hopper, Lee Krasner, Barnett Newman, Georgia O’Keeffe, Jackson Pollock, Mark Rothko, Frank Stella, and Andy Warhol; and paintings by both emerging artists and giants in the contemporary field, including Dan Christensen, Hung Liu, Patssi Valdez, and Philemonia Williamson. Visitors can experience the works on view in Sheldon’s permanent collection galleries through mid-July 2014.

Sheldon’s last painting catalog was printed in 1988, on the centennial of the art association. Art in the United States has undergone several major shifts since then: it has been shaped by a new attention to multicultural practices and transformed by digital imaging, file sharing, mobile devices, and other new technologies that have multiplied exponentially the banks of images, resources, and communications available to artists, affecting their practices profoundly. Combined with a proliferation of international biennial exhibitions and artist residencies, these new means of connectivity have established an age of globalization that has irreversibly shifted the context in which we view and think about art.

To be sure, painting can celebrate national subject matter, but the medium itself remains transnational, occurring and flourishing historically in many nations. As such, it may be regarded as a medium of connection among nations—something they have in common, a point of comparison and communication rather than distinction and exception.

Content can tell our national stories. The medium then communicates those tales across our borders. The roles of content and medium are distinct, yet one affects the other. Art in general is often touted as universal. If it is, then a museum’s collection is where the global and the local intersect, where one illuminates the other. Artworks can serve as portals to the world, making transformative experiences possible.

Art-world centers such as New York and Los Angeles are twentieth-century products of shifting populations and businesses. In the twenty-first century, globalization is creating new infrastructures of cultural production that are not bound by megalopolises or singularity of place. Innovation is freed from the nurture of physical centers. Cultural geography acquires new platforms—global networks. The net replaces the node. Museums such as the Sheldon are adding texture to the fabric of this new art world.

Sheldon Museum of Art, 12th and R streets on the University of Nebraska–Lincoln Campus, is open free to the public during regular hours: Tuesday, 10 a.m. to 8 p.m.; Wednesday through Saturday, 10 a.m. to 5 p.m.; Sunday, noon to 5 p.m. The museum is closed on Monday. For more information visit www.sheldonartmuseum.org or call 402-472-2461.