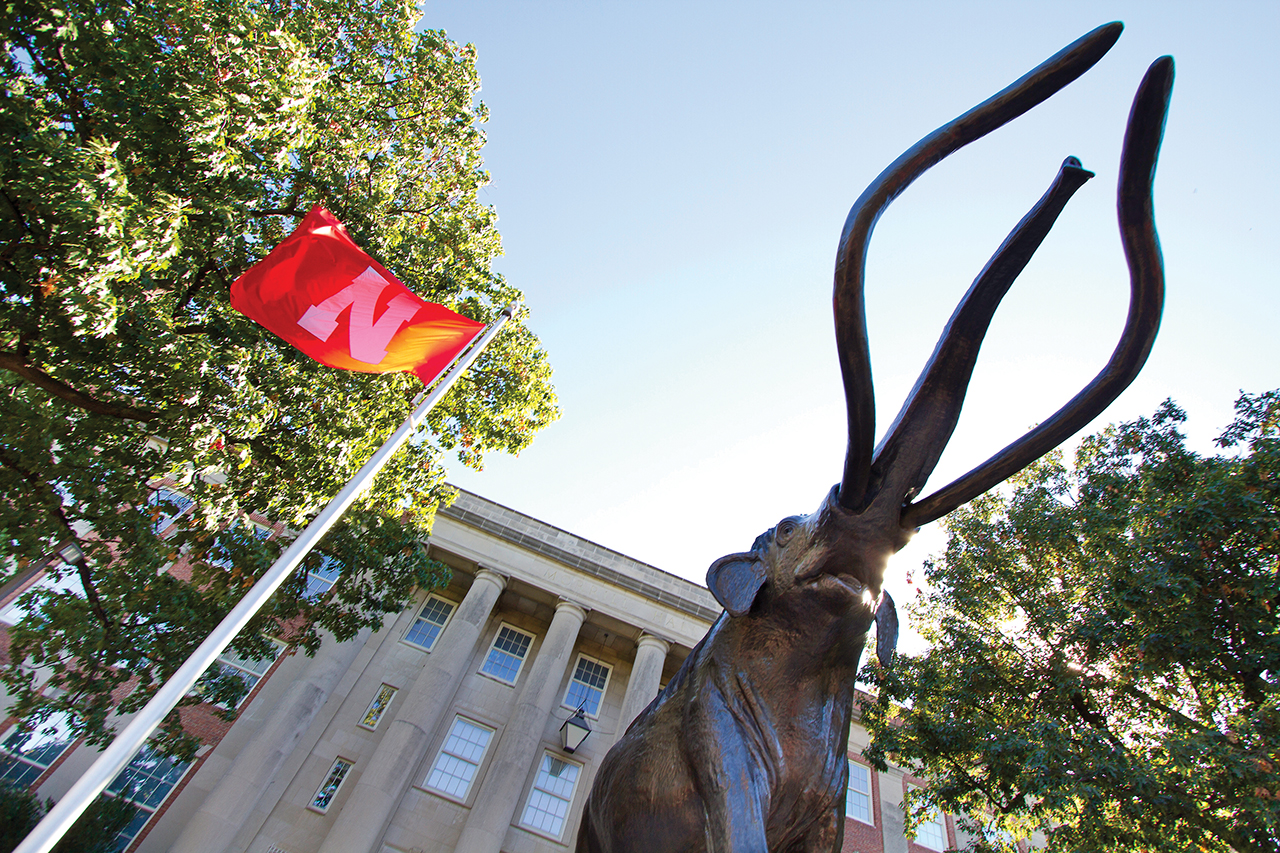 Whether you are a visitor or a resident, educate and entertain yourself as you explore Lincoln’s many attractions.

One of the region’s top natural history museums, the University of Nebraska State Museum is situated on the UNL campus in Morrill Hall. This museum has many interactive exhibits that are just as fun as they are educational. The museum’s famous Elephant Hall gallery contains the world’s premier collection of preserved mammoth, mastodon and four-tusker skeletons.

Other interesting exhibits include Explore Evolution, which looks at current evolutionary science and the Hall of Nebraska Wildlife, a gallery of 16 dioramas and interactive exhibits. Besides these and other permanent exhibits, bring the family to enjoy Sundays with a Scientist —a different topic is scheduled for the third Sunday of each month. On any weekend, the Mueller Planetarium’s multimedia shows make use of an immersive full-dome projection system that offers 360-degree views. Visit www.museum.unl.edu.

Mueller Planetarium is also at the University of Nebraska State Museum, and though small, is a lot of fun and worth the visit. You can enjoy full-dome digital shows as you immerse yourself in a 360-degree high-tech adventure. The Planetarium was the seventh location in the world to adopt the Space Telescope Science Institute’s “ViewSpace” outreach program. As a direct computer link with STScI, the Planetarium was a pioneer in trial testing “ViewSpace” programing and its content.

Hyde Memorial Observatory is located at Holmes Park in South Lincoln. As far as we know, it is the only observatory anywhere that is built, furnished and operated entirely by donations, and devoted exclusively to free of charge public viewing, staffed only by volunteers. Hyde is open every Saturday evening, year-round from 8 to 11 p.m. It features views of the night skies through three telescopes and astronomy presentations every Saturday Night! Admission is free.

Constructed between 1922 and 1932 at the frugal price of $10 million, the State Capitol, designed by Bertram Goodhue, is described by architects and historians as the nation’s first truly vernacular state capitol. The “Tower of the Plains” was the first to break the federal-style mold and include symbolic motifs in every facet of the building. The building’s majestic 400-foot domed tower can be seen from miles away. Get more information at www.capitol.org.

The stories of the Plains people—Native Americans and explorers, fur-traders and homesteaders, farmers and patriots—can all be experienced at the Nebraska State Historical Society, located at 15th and P Streets. The museum also has an “Investigation Station,” where visitors can investigate Nebraska’s past by examining historic documents, photographs, artifacts and the wisdom of elders. The four permanent stations include a Native American tipi, a 1/4th scale prairie schooner, a Build a Town table and a 1920s auto-touring campsite. Past exhibits have included “Quilting for a Cause,” about Nebraska’s fundraising quilts, “Pioneering Aviators from Flyover Country” and “The First Nebraskans,” an exhibit on the first 10,000 years of Native American life on the Plains. Admission is free. Learn more at www.nebraskahistory.org/sites/mnh/index.htm.

Founded in 1992 by “Speedy” Bill and Joyce Smith, the Smith Collection Museum of American Speed is dedicated to preserving, interpreting and displaying physical items significant in racing and automotive history. Automobile Magazine says, “Here in the heartland of the United States is the very best racing museum in the country. The museum currently encompasses more than 135,000 sq. ft. over three levels. The amazing and unusual collection results from the Smiths’ personal involvement in racing and hot rodding for more than six decades. You can visit the museum on Monday through Friday (May through September) at 2.00 p.m. for a guided tour of this collection of historic automotive artifacts. www.museumofamericanspeed.com

Another historical home worth visiting is Fairview on the Bryan LGH East Campus. This was the stately home of William Jennings Bryan, former congressman and three-time Democratic candidate for president. Bryan also served as prosecuting attorney for the Scopes “Monkey” trial, which he won just days before his death. Call 483-8303 for tour information.

The Frank H. Woods Telephone Historical Museum offers an impressive display of vintage phones and equipment that predate the 20th century. The exhibit communicates the colorful beginnings of what would grow to become one of the largest independent telephone companies in the country (Lincoln Telephone Co.). Visit www.woodstelephonepioneers.org for tour information.

The American Historical Society of Germans from Russia Museum commemorates the local population of Germans who immigrated to Lincoln from Russia during the 19th century. As international headquarters, the museum includes a library, archives and special displays. Numerous buildings within the city block area are a part of the exhibit, including two houses that are furnished as common homes of early 1900s. Visit www.ahsgr.org.

Featured in Smithsonian magazine, the National Museum of Roller Skating houses the largest collection of roller skates and roller skating memorabilia in the world. Interactive exhibits include “How the Build a Roller Skate” and “Evolution of the Wheel.” For more information, visit www.rollerskatingmuseum.com.

Agriculture buffs won’t want to pass up a visit to the Lester Larsen Tractor Test and Power Museum on UNL’s East Campus. This museum features hand tools from the 1700s to the latest modern tractors used by farmers today (as well as a rescued cat appropriately named Allis Chalmers). The museum also displays the development of food production. Tours of the test lab are available. Visit tractormuseum.unl.edu for details.

The perfect museum for the younger set, this zoo features reindeers, lemurs, penguins and other animals. Kids love the pony rides, outdoor café with its trash-eating lion, and the ZO&O Railroad. Get details at www.lincolnchildrenszoo.org.

Frequently lauded as one of the best children’s museums in the Midwest and Plains, the Lincoln Children’s Museum gives kids tons of hands-on experiences. Call 477-4000 or visit www.lincolnchildrensmuseum.org.

Lincoln has a number of wonderful art galleries that one can spend hours in. Check out the Art Gallery story on page 51.