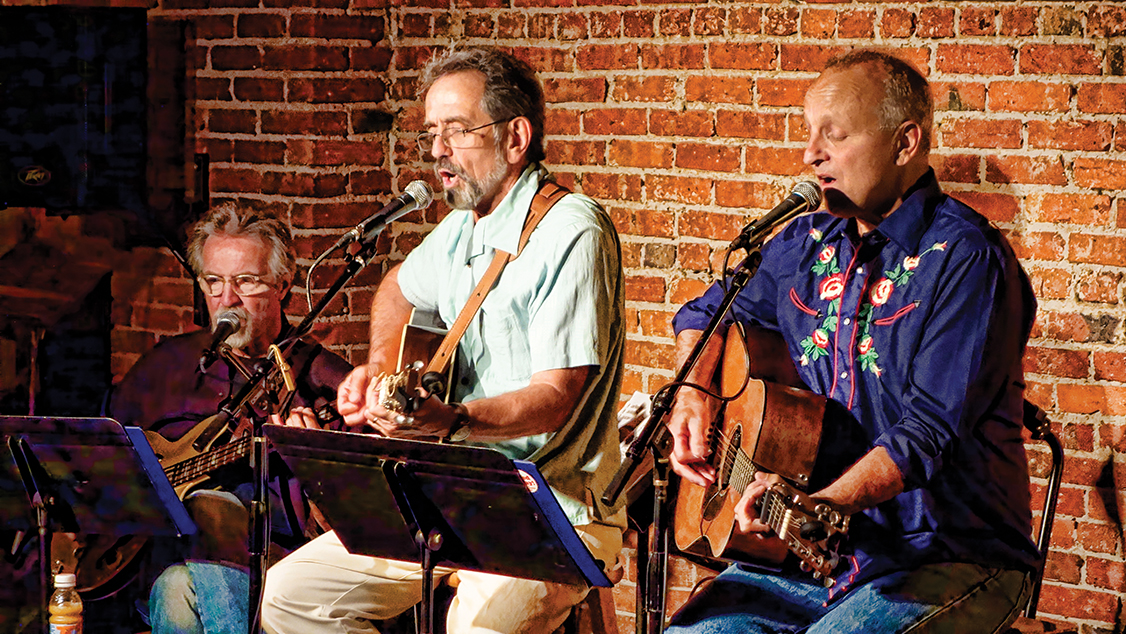 Not long ago, when people pondered what to do in downtown Lincoln, things like the Pershing Center and nondescript college bars may have come to mind. But in recent years, with the deck of cards reshuffled, downtown has both upped its ante and appeal. To take full advantage of these cards, both new and old, you’ll want to build a hand that suits you. As your dealer, I’ve dealt a few hands based around classic suits: hearts, diamonds, spades and clubs. Oh, and a wild card too, simply because it changes the whole game.

Downtown Lincoln offers several plays for this most romantic of suits. Dish (1100 O St.) has been a mainstay for over 15 years thanks to consistently inventive renditions of classics like pork tenderloin and chicken breast. The seafood is worth a look too, and can be enjoyed as an entrée or small plate. Also, the wine list runs the gamut from Cabernet to Zinfandel.

For a hit in the Haymarket, Bread & Cup (440 N. 8th St.) is your place. In temperate times, their patio seating is a quiet perch to dine and people watch. On the inside, the restaurant is under new ownership that wisely retained former owner Kevin Shinn as executive chef. Shinn is an ace alchemist of both cocktails and cuisine. The cheese board is a solid starter for two and a link of piquant sausage can be added for a pittance.

They say diamonds are forever, so this suit pays tribute to precious gems. Jake’s Cigars & Spirits (101 N. 14th St.) is not the city’s only place for cigar aficionados, just the best. In addition to a well-stocked selection of tap and off-sale beer, their walk-in humidor is a testament to the 70-70 maxim of cigar storage: 70°F and 70% humidity. A dank cedar aroma and top cigars from Cuban, Honduran and Nicaraguan labels will permeate your senses. In more ways than one, Jake’s delivers a good draw.

The crown jewel in downtown’s live music scene is the Zoo Bar (136 N. 14th St.). This year, the Zoo will celebrate its 45th anniversary, outliving many of the blues legends—Jimi Hendrix, Janis Joplin, Robert Johnson—whose music the bar pays tribute to. Since taking the helm in 2000, owner Pete Waters has kept the Zoo’s character wonderfully intact, no mean feat in our era of live entertainment transformations. The annual highlight is ZooFest, a weekend-length blues bash in early July that attracts local and national talent like Josh Hoyer, Ruthie Foster, Charlie Musselwhite and Nikki Hill.

Am I the only person who thought spades referred to sweaty toil in a garden? Well that’s half right. The suit’s symbol descended from leaves, themselves a reference to life force. So this suit plays on finding new in the old and vice-versa.

Built in 1967 to commemorate Nebraska’s 100th anniversary, Centennial Mall (15th Street) runs from the State Capitol to R Street. In recent years, city funds, grants and charitable donations have tallied $9.6 million to revitalize this seven-block stretch. Start your stroll at the Capitol and cross K Street to enter “We the People” plaza. You’ll run into the Capitol Fountain, where a marvelous ring of mini-geysers encapsulates the Nebraska state seal. Other no less animated themes include “Our Home Nebraska” (L to M Streets); “Mosaic of Nebraskans” (M to P Streets); and “Sparking the Good Life – Imagination to Innovation” (P to R Streets).

Moreover, you can transport yourself to and from nightlife destinations on more than just four wheels. The recently-completed “N” Street Cycle Track runs 17 blocks—connecting 23rd to Arena Drive in the Haymarket—and is the first of its kind in Nebraska. The track features dedicated east and westbound lanes, bicycle light signals, turn boxes, bioswales and tasteful landscaping. Clearly, the stakes are being raised to make downtown more appealing by increasing its accessibility.

We can all agree that Lincoln is not a very clubby city, so the definition of club used here is subsequently relaxed. That said, perhaps because you can tunnel down here through brick passageways, Boiler Brewing Company (129 N. 10th St.) has a covert ambience. However, there is nothing mysterious about the quality of their beer. Located in the basement of the historic Grand Manse building, brewmaster Tim Thomssen and taproom manager Thad Aerts opened shop in late 2015 and quickly established a flock of devotees. Taproom beers come in 4-ounce tasters, 13-ounce tulips and standard 16-ounce pint glasses, while 32-ounce Crowlers are available to go. The most acclaimed beer is Nebraska Native, which is the first craft beer made entirely from Nebraska ingredients.

On the final Saturday of each month, The Old Pub (420 S. 11th St.) is transformed into a pulsating, sweat-gushing, throwback soul music dance party. Formally known as The Old Pub Soul Club, the deep cuts are served exclusively on 33 or 45 rpm records by The Gettin’ Hipper Fun Bunch, a collective of local audiophiles spearheaded by DJs Ol’ Moanin’ Corpse and Relic. The party doesn’t crank up until 10:30 p.m., but once it does it’s a beautiful sight to behold. Picture a massive cutout of James Brown’s head and multiple tambourines circulating around euphoric crowds packed like ant colonies onto the dancefloor.

Every big enough town has its off the beaten track destinations. We have several, but few that match the Tam O’Shanter (105 S. 25th St.). From the outside it looks like an L-shaped trailer home and the inside matches those preconceptions—but that’s just the appeal. Pool, darts, pinball, stiff drinks and prime rib. When you do those well, why fuss about appearances, right?

As you can see, some of these cards are new and some are old. The deck that comprises nightlife in Lincoln is replete with strong hands. Here’s to working on what suits you best. Now go out and work on that pair, three of a kind, full house or royal flush!