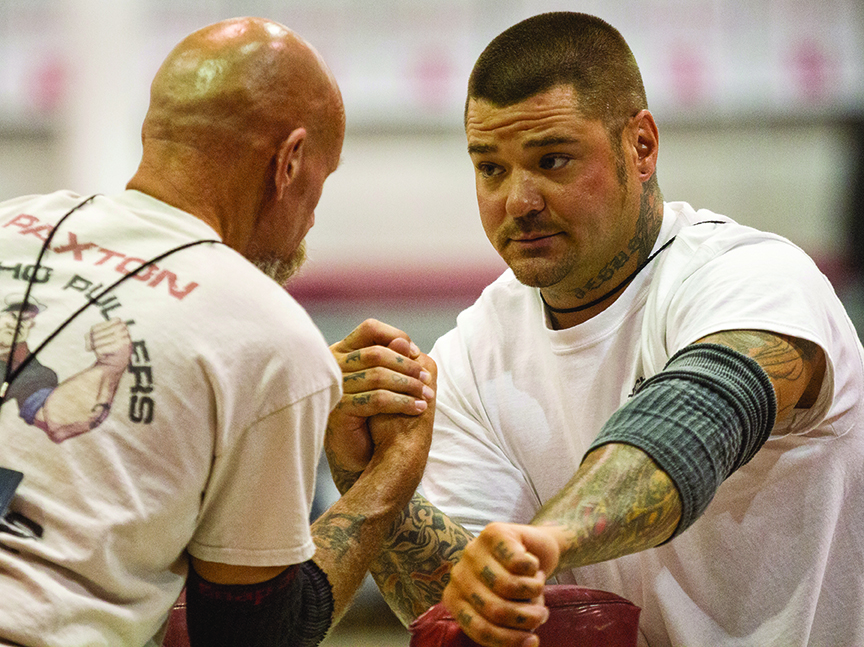 The 2015 State Games of America, held in Lincoln, Omaha and surrounding communities from July 28–August 2, were the largest in the 16-year history of the event, with 15,244 participants from 47 different states and the District of Columbia. The all-ages sports festival featured competition in 67 sports, Olympic-style Opening Ceremonies at the University of Nebraska-Lincoln’s Memorial Stadium and fun-filled Athlete Village locations at Pinnacle Bank Arena in Lincoln and Ralston Arena for Omaha participants.

In early 2013, Nebraska was chosen as one of three finalists along with Hampton Roads, Virginia and San Diego California. Following formal presentations in Dallas and site visits by the national selection team, Nebraska was given the nod, largely for its track record of success in hosting national sporting events like the 2010 Special Olympics National Games, the College World Series and the Olympic Swim Trials. The selection team also noted the NSC’s reputation among Games’ organizers nationally and the quality of local sports venues were also deciding factors.

Fueled by a community impact grant from the Nebraska Tourism Commission, the marketing effort included production and dissemination of a video highlighting area attractions and sport venues. Email messages, news releases, post-cards, posters, social media posts and qualifier stickers were produced and distributed through state games organizations in the 31 member-states during their 2014 and early 2015 Games events.

Ameritas Life Insurance Corp., a Gold
Partner of the SGA, led the volunteer recruitment campaign by challenging local employers to recruit volunteers and providing funding for volunteer kits. Leading by example, Ameritas recruited more than 250 volunteers from among its Lincoln employees, and the campaign netted more than 4,400 total volunteers.

A partnership was formed between 5 City TV in Lincoln, the University of Nebraska College of Journalism and Mass Communications and Gray TV to produce and stream a re-cap show, called SGA Nightly, the final four nights of the event. Around 30 UNL journalism students participated in a for-credit summer class developed around the event. Before and during the Games, they researched, covered events, conducted interviews, integrated social media and built story packages as content for the show and social media outlets.

The Opening Ceremonies began with 7,000 competitors entering Memorial Stadium by state in a tradition parade of athletes, led by the famous Su Fu Drumline and Grand Marshal Doug McDermott, now a forward with the NBA Chicago Bulls. Nebraska, as host state, entered last to Sirius, the Husker football tunnel walk tune. A patriotic tribute included video well-wishes from three dozen soldiers serving around the world to the tune of God Bless the USA as a 60-foot flag was unfurled on the field followed by the national anthem, performed by David Ehrke, winner of a national search. Performances by the Champions Forever Spintastic Team and Metal Mulisha motocross daredevils enthralled the 30,000 in attendance prior to the Oath of Athletes and torch-lighting by Jones and Burroughs. A special 16-foot SGA star-shaped torch apparatus was designed, fabricated and mounted on a 25-foot scaffold in the East stadium. As Jones and Burroughs touched their torches to the star’s lower corners, flames populated the star and with help from Husker Vision assets, surrounded the stadium ribbon boards and graphic screens as fireworks engulfed the eastern sky.

More than a dozen healthcare agencies, led by CHI St. Elizabeth and Nebraska Orthopaedic and Sports Medicine, contributed time and expertise to see that venues had medical volunteers and appropriate coverage. An Adopt-A-Sport program allowed agencies to provide medical and related volunteers to a particular venue.

The atmosphere team planned and placed signage at each venue for clear identification and max branding of venues from the street to the parking lot to the proper entrance. Once inside, some 7,000 total medalists were honored throughout the week on custom medal podiums designed, built and donated by SourceOne, in front of 8′ x 8′ backdrops featuring SGA and sponsor logos. Banners, business marquis signs, window clings and sidewalk clings placed around the communities also welcomed visitors.

An estimated 10,000 room nights were booked and the average hotel stay was three nights. The event generated an estimated economic impact of more than $25 million.

A closing ceremony at the Lancaster SuperFair on Sunday, Aug. 2, wrapped up the event in style as participants from 27 different states were honored individually and treated to a fireworks finale. By highlighting Nebraska’s rural flavors, hospitality and the cooperative spirit of events (County Fair and State Games) to work together for the common good, the closing ceremony provided the perfect final photo-op in the album of memories to make Nebraskans proud and visitors eager to return.

By all accounts the 2015 State Games of America was a rousing success.