Proud and Passionate about Baseball 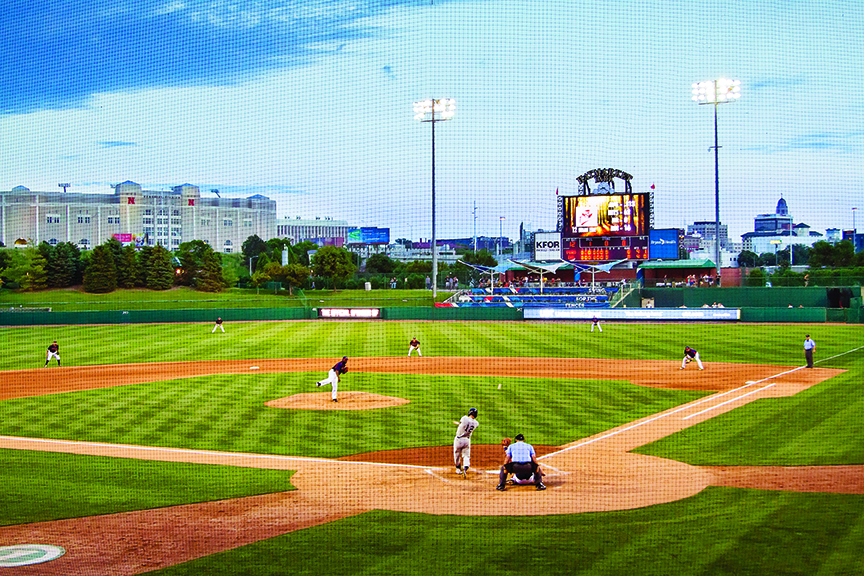 Everyone knows that Lincoln is the home of the Huskers and we are crazy about our college sports. The passion is for all sports, however, not just football. In fact, Lincoln is a great baseball town. In the spring and summer you will hear the crack of the bat and cheering fans all over town. From Haymarket Park to Sherman Field and the many parks spread throughout Lincoln, you will find adults and children playing baseball.

Haymarket Park, home of Hawks Field, hosts both the University of Nebraska Huskers baseball team and the Lincoln Saltdogs, past American Association baseball champions. High school state championships are also played on Hawks Field, as are numerous other community events. The passion grows into pride because Hawks Field is honored to have been named Best Playing Field in the Northern League and the American Association for the past 14 years, as well as two-time College Baseball Field of the Year by STMA (Sports Turf Managers Association). The playing field is one of the best in the country, and Lincoln is proud of its ball park.

The excitement begins in early spring for the Husker baseball team. Fans love their baseball and will turn Haymarket Park into a sea of red. The 2016 season will be the Huskers’ sixth year competing in the Big Ten Conference. From February through May, dedicated Husker fans, sporting their red and white attire, will be entertained by a special Husker cheerleading squad, and between innings fans participate in trivia games, contests for the kids, and sometimes catch a t-shirt thrown into the stands. The games are truly a family event.

There is not a more spirited baseball coach than the Huskers’ head coach Darin Erstad. He will be in his fifth season at the helm. Coach Erstad, a former UNL baseball and football player, is enthusiastic about his team and the game. Erstad had an outstanding professional career in the major leagues. He played 14 years in the majors and was a two-time All-Star.

They are often a stepping stone for young talent, though. Each year fans watch as Saltdog players move up the baseball ladder when they are signed by a major league organization.

The fun never stops at Saltdogs games, from cheering on the team to participating in between-inning promotions, the Saltdogs’ staff creates a fun afternoon or evening of entertainment for all ages. Homer, the Saltdogs’ mascot, is always on hand to entertain the fans and there are food and drink specials, like Weiner Wednesdays where Fairbury Brand® Hotdogs are only a buck.

The Saltdog season runs from May through September. You can learn more about the team online at www.saltdogs.com. Tickets can be purchased at the ticket office at Haymarket Park or by calling 402-474-Ball (2255).

For children, the YMCA and the Junior Saltdogs League offer recreational teams, and spirit leagues, which provide a higher level of competition. In addition, the number of select clubs that provide young athletes with increased opportunities for competition continues to increase. There are levels of the game for every participant.

High school baseball starts in the spring and morphs into the American Legion baseball program from Memorial Day through July. Legion baseball in Lincoln has a strong tradition, offering both junior and senior leagues. Games can be enjoyed at the newly renovated Sherman field, as well as at Den Hartog and Densmore fields.

Lincoln residents truly love baseball. From the rich history of Sherman Field, the outstanding facilities at Haymarket Park and the other quality ball fields that are located throughout the city, Lincoln is proud and passionate about America’s favorite sport—baseball.