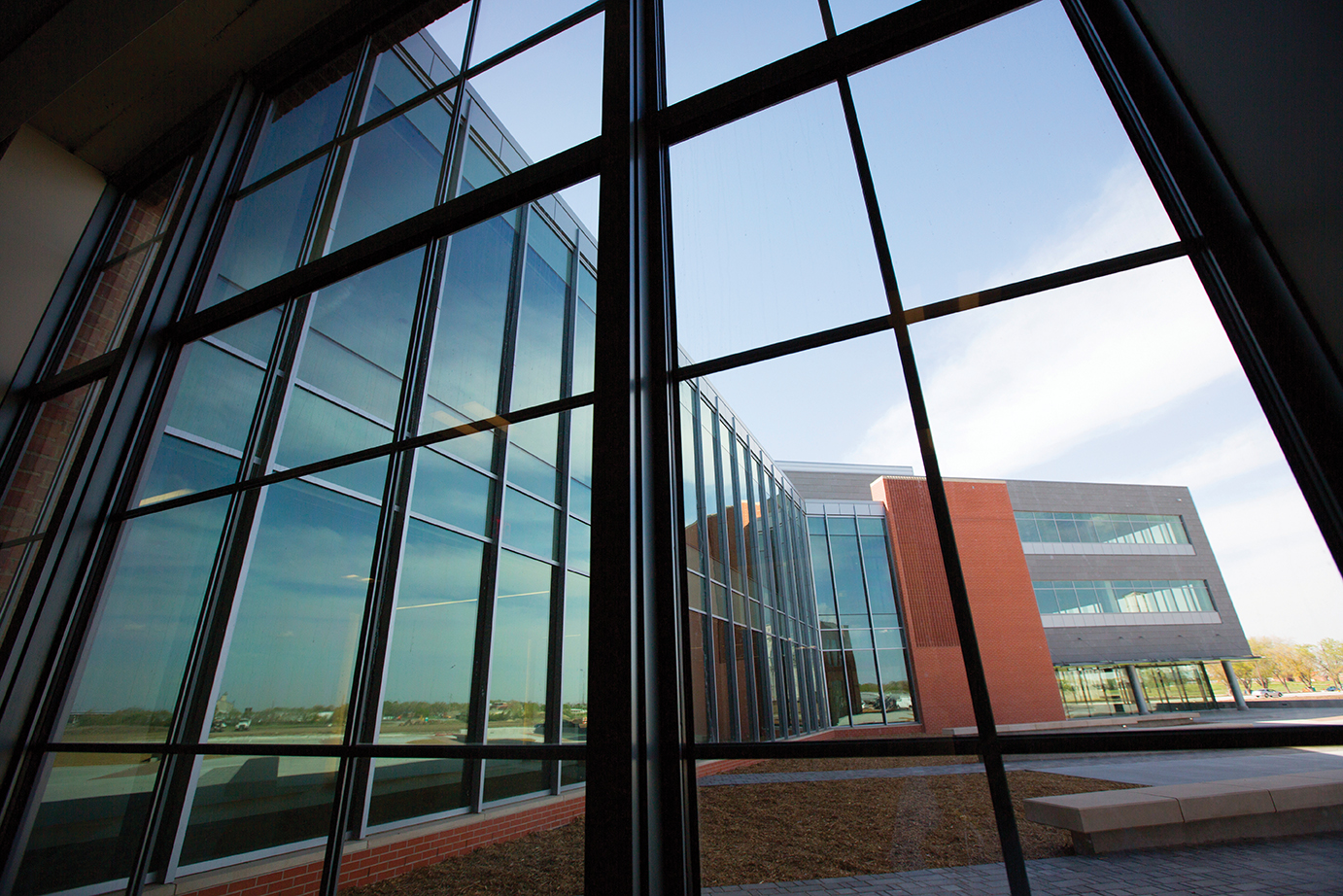 Nebraska Innovation Campus is dramatically changing the landscape north of downtown Lincoln, but it also hopes to change the very city itself.

“Nebraska Innovation Campus is a physical space, but it’s also an idea or culture change,” says Dan Duncan, NIC executive director. “The innovation will happen on all the UNL campuses and in the community. We want to build an ecosystem of innovation.” And the city is just fine with that.

Wendy Birdsall, executive director of the Lincoln Chamber of Commerce, sees big, long-term value in Nebraska Innovation Campus for both the University and the Lincoln community. “It’s a investment in the future,” she says.

NIC’s physical space is north of the University of Nebraska’s City Campus and between 14th and 17th streets – the expanse of land previously home to the Nebraska State Fair. When the fair moved to Grand Island in 2010, the Nebraska Innovation Development Corporation implemented plans to remodel some of the state fair buildings and demolish others on the way to creating Innovation Campus.

Eventually, Duncan said, the physical campus will follow the live/work/play model that includes not only offices and labs but also amenities like restaurants and shops to meet employees’ demands. “We’re striving for the Innovation Campus to be part of the Lincoln ecosystem and not an island within the ecosystem,” Duncan said.

The first step toward that goal was to renovate the old 4-H Building and build a companion building next to it. The two structures form Innovation Commons and are home to a conference facility that includes a 400-seat, two-story auditorium that is linked electronically to Nebraska Educational Telecommunications, allowing NET to broadcast from the space. The Nebraska Alumni Association will manage the conference center, which will be available to groups from the university and the greater community.

The university retained ownership of the conference side of the building, but the rest of the space in the commons buildings is privately owned, Duncan says.

One exciting development on the private side is creation of a Maker Space where inventors and innovators are encouraged to explore and develop their ideas. They will have access to laser and water jet cutters, a machine shop, and equipment for wood working, metal working, textile production, electronics, plastics and welding.

The Maker Space will operate something like a recreational center, Duncan says. Members will pay for access and then complete training that prepares them to use the space to develop their ideas into new products.

The next structure to take shape on the NIC grounds makes use of a historic structure left over from state fair days. The Industrial Arts Building will become home to the Food Innovation Center, Duncan said.

The façade of the building has been preserved and restored to its original appearance, but the infrastructure was in such disrepair that it is being entirely replaced. A four-story laboratory building will be attached to the north side of the old building, and that plus the renovated original structure will create a new and expanded space that will keep its historic exterior look.

By late summer 2015, UNL’s Food Science Department will move to the new center. Not only will the department hold classes there, but students and faculty also will be able to interact with researchers from ConAgra, the major food research and processing company with headquarters in Omaha.

ConAgra is an example of how the NIC is more than just the physical space north of City Campus, Duncan said. The company has moved its entire popcorn breeding program to UNL’s East Campus. The genetic work is done in UNL labs there, and the field test site is on UNL land at 84th and Havelock.

The Chamber of Commerce’s Wendy Birdsall said ConAgra’s partnership with the NIC is a great example of the kind of innovation is coming to Lincoln. “Food, fuel and water are Nebraska’s strengths,” she said. ConAgra is one obvious partner, and the Daugherty Global Water for Food Institute is another. Its headquarters are in the new Innovation Commons on the NIC campus.

NUtech Ventures’ NMotion, a mentor-driven business accelerator, is another “off campus” NIC project. Located in the Haymarket, the accelerator provides 14 weeks’ worth of classes to entrepreneurs who are developing innovative software.

And the NIC plans to start another accelerator, NMotion Hardware, on the physical campus for companies that want to develop physical products. Companies that go through the accelerator will be able to use the NIC Maker Space to build prototypes of those products.

When the NIC reaches the end of Phase I of its development plan in summer 2015, it will have created 380,000 square feet for offices, labs, greenhouses and prototyping spaces like the Maker Space and the food processing pilot plant.

But that’s only the beginning. The target for the full build-out of Nebraska Innovation Campus is 2.5 million square feet of space by about 2037. “It’s a marathon, not a sprint,” Duncan said.

The completed project could employ up to 5,000 people – one-third employed by UNL and the other two-thirds by private businesses and non-UNL employers.

Dave Landis, director of Lincoln’s Office of Urban Development, is enthusiastic about the prospects for Innovation Campus. “It provides the prospect of creating economic opportunities on the cusp of the future,” Landis says. “It’s an invitation to make something for which there is no competition yet.”

Duncan said the NIC itself is on the cusp of the future. “We’re a start-up company,” Duncan said. “We’re learning as we go, making changes as we go. What’s good about that is that it creates some uneasiness and a healthy tension,” a tension that keeps pushing innovation at the NIC’s physical space and throughout the university and community.