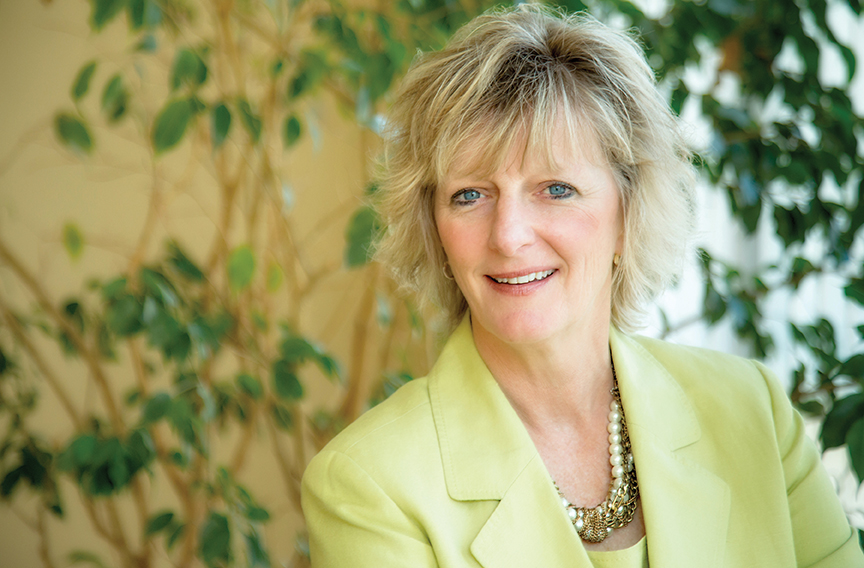 Lincoln is number one on each of those lists, created by Gallup, Daily Finance, AOLJobs.com and Site Selection Magazine, respectively.

And the city also ranks in the top 10 on Forbes’ list of Best Cities for Business and Careers, MSN’s run-down of Best-Run Cities in the Nation and Livability’s list of top cities for affordable health care.

•Those eye-catching rankings are likely to continue as the city keeps growing: restaurants, shops and entertainment in the West Haymarket district and along the P Street corridor.

Wendy Birdsall, president of the Lincoln Chamber of Commerce, says Lincoln is booming thanks to a perfect storm of pent-up demand and enthusiastic backing from the business community, government and the people of Lincoln.

She says Lincoln is strong in lots of sectors: manufacturing, service, education and government. “When one is down, others are up,” she says. That was a big factor in making it possible for the city to move forward even in the midst of a national recession.

“The vote for the arena was probably the tipping point,” Birdsall says of the voters’ decision in May 2010 to approve a bond issue to help build what is now the Pinnacle Bank Arena in the Haymarket.

“The arena was a homerun,” Birdsall says. “All the other development in the area surrounding it makes it a grand slam.”

Dave Landis, director of the city’s Urban Development office, says the city has been an enthusiastic partner in developing the West Haymarket. While the arena itself is operated by a joint public agency and is not a public/private partnership, many of the new businesses and buildings surrounding the arena are.

“The new hotels, The Railyard, Canopy Lofts – all those are privately owned but built with city assistance,” Landis says. “In the past six years, we’ve done 10 times the number of public/private partnerships than we did in the previous four years.” That’s an impressive testament to the way the city is growing, he says.

But the lively retail and entertainment district is only part of the story. The University of Nebraska-Lincoln is also a driver behind some of the city’s growth as the first structures on the Nebraska Innovation Campus begins to spring up on land that was once the home of the state fair.

NIC is a research campus designed to promote and facilitate partnerships between the university and the private sector. For example, ConAgra Foods, with headquarters in Omaha, has a space at the NIC and on UNL’s East Campus where its scientists will collaborate with university students and faculty to foster a culture of innovation related to food science – especially tomatoes and popcorn in this case.

ConAgra is a natural fit for Innovation Campus, Birdsall says, with the NIC’s emphasis on food, fuel and water – all Nebraska strengths. She praises UNL’s commitment to long-term growth and says the NIC is an investment in the city’s and the state’s future.

UNL and the other educational institutions in Lincoln are a major asset, Birdsall says, providing an important foundation for growth. Now it’s up to the city to try to convince more graduates of those institutions to make their careers in Lincoln, she adds.

Unemployment in Lincoln has been low even as the rest of the nation struggled through a deep recession. The unemployment rate here barely climbed above 4.0, even in 2008 and 2009 and was back down to 3.5 percent in 2013.

That has given the city some notoriety, Birdsall points out. “People ask what’s going on here” to keep the city thriving even during tough times. She says part of what’s going on is that business leaders and elected officials are all on the same page regarding Lincoln’s future.

The jobs are there — and more are being added. Forty-two of the businesses that participated in the 2014 survey of Lincoln business indicators say they plan to expand or renovate in the near future, adding more than 800 jobs within the next three years.

All those goods and services will help employ Lincoln’s 263,000 plus residents and also help keep them fed, housed and entertained. The city’s population growth has been steady, Birdsall says, and it reached a sort of critical mass in recent years that attracted new businesses as well as new retail establishments and plenty of new restaurants.

She says she’s excited about Lincoln’s growth. “I think Lincoln has turned a corner and embraced growth,” she says. Now we want to enhance it and foster it.”

Lincoln is in it for the long haul, she adds, and that means thinking of growth as a marathon, not a sprint. It’s a marathon she’s looking forward to running.