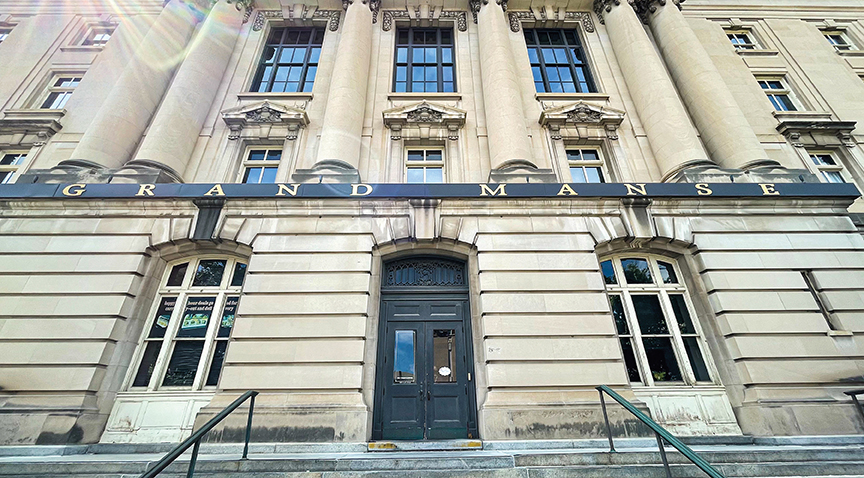 Jane Hood is an urban pioneer of sorts; she made downtown Lincoln her home more than 30 years ago, when city-center dwellers were not so many, and amenities came up short.

She chose downtown living because she did not want to be in the suburbs and fancied walking to her office as head of the Nebraska Humanities Council, now Humanities Nebraska.

Hood was ahead of her time. Today she has no regrets, as she has watched a vibrant city center grow around her. She takes a daily walk around the University of Nebraska-Lincoln campus, just northeast a few blocks from her apartment condo. She heads southeast a few blocks to Bennett Martin Public Library to pick up a new mystery and walks weekly to the nearby Library Commission, where she volunteers to read for Talking Books. On Saturday mornings from May through October she heads west a few blocks to the Haymarket Farmers Market for fresh veggies, goat cheese, kolaches and flowers. And when she’s in the mood for entertainment, she heads to the Lied Center for live shows or the Mary Riepma Ross Media Arts Center to catch a film that won’t make the commercial theaters (although those are nearby too).

“Lincoln is a recyclers’ dream in terms of its buildings,” she said, noting that old buildings have been converted to new uses, many of them making way for new living quarters. The architectural mix of old and new makes for an interesting cityscape.

Hood is not alone in seeing the vibrancy that Lincoln downtown offers. Students, young entrepreneurs, empty-nesters and retired folks are flocking to the many living options available, from studio apartments to penthouses.

Residential living has grown by leaps and bounds. In 2010, only 1,200 people called downtown home; 10 years later it was 6,400, and that is expected to grow to 10,000 in the next three to four years, said Todd Ogden, president and CEO of the Lincoln Downtown Association.

While the interest in urban living grows, so have the prices for rentals and ownership. That makes introducing more affordable housing a key strategy in the city’s master plan, Ogden said. “Overall, we’re interested in diverse types of housing,” he said, noting that as more places are built, the prices will likely come down.

Redevelopment of the Pershing Center block between Centennial Mall and 16th Street and M and N streets, is expected to bring more residential options as well as a new main library, pending the outcome of a bond issue with Lincoln voters.

Restaurants, coffee shops and theaters from the Rococo to the Bourbon to TADA—and the Lied Center and Pinnacle Bank Arena—abound, bringing amenities just a short walk away. And no need to call a taxi after one too many at any of the drinking establishments downtown. You simply walk home.

Newest on the skyline is the 20-story condo, the Lied Place Residences at 11th and Q streets. The tall, thin rectangular structure towers over nearby buildings; it looks like it’s a sliver miraculously sandwiched into its small, narrow footprint. At 250 feet tall, it is Lincoln’s second-tallest building after the Capitol. Inside are 35 condos, some office space and a first-floor restaurant. Parking in an adjoining garage provides another amenity. It is nearing completion.

Also underway is the redevelopment of the Atrium into workspaces that will welcome a hybrid workforce, making living and working downtown an easy option.

Downtown dwellers need not worry about cars to get around. There’s the bike-share program at 15 stations that makes heading from one end of downtown to the other no big deal. Catching a Saltdogs baseball game at Haymarket Park is a mere walk across a pedestrian bridge. And no worries when the out-of-towners cause traffic jams on football Saturdays; Memorial Stadium is walkable and within sight.

Sure, Hood misses the department stores of yore that graced major downtown corners, but the additions are grand, especially the full-service Canopy Street Market, 140 Canopy Street, that is open daily, has a deli and features local produce and items. That was a missing piece of the puzzle for those who chose to live in the urban center.

Calling downtown home definitely has its perks. But there are downsides; on blustery winter days when roads become treacherous, those who live and work downtown have no excuse to claim a snow day.