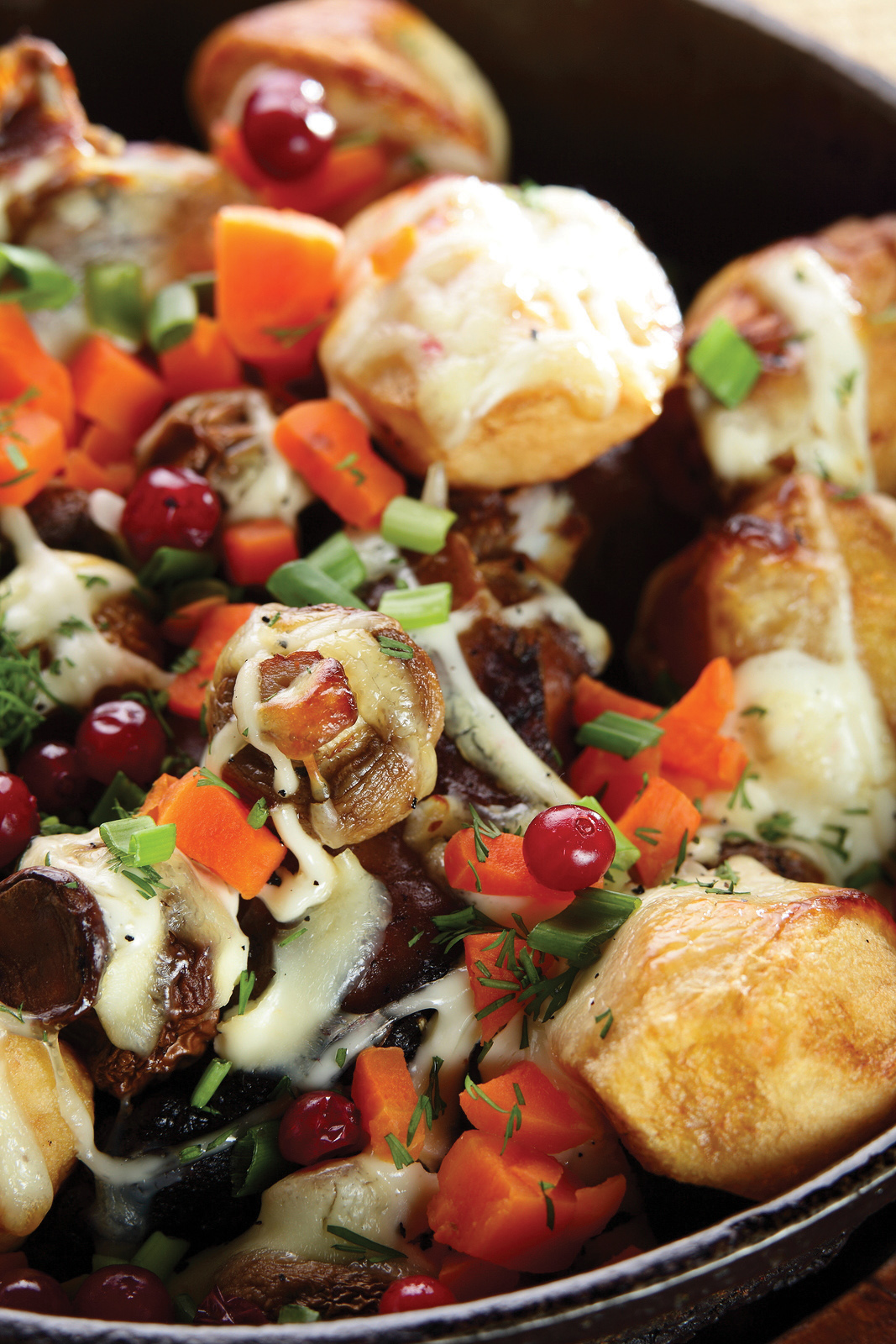 Which came first, the chicken or the egg? That age-old philosophical question could also be asked about Lincoln, Nebraska’s burgeoning food scene. Which came first, an amazing gourmet menu, sourced from farms just minutes away from the restaurant, prepared by a professionally trained chef who left town to get his culinary education and returned home to open his own restaurant? Or, an ever-increasing and sophisticated dining public that is forgoing chain restaurants and who appreciate food prepared thoughtfully and enjoyed slowly?

Those who have followed the rise of the Capital City’s food and drink culture the past few years may have different perspectives on whether patrons or chefs led the charge, but make no mistake—everyone agrees, Lincoln’s dining scene is most definitely on the move.

There are several new restaurants popping up that have an emphasis on locally sourced food and are catering to an extremely wide taste palate—Sebastian’s Table, a Spanish tapas restaurant; Jack & June, an “Urban Table” focusing on modern tastes and local roots; and The Normandy, specializing in traditional French cuisine and pastries. They join the existing favorites like bread&cup, Parthenon, Dish, Greta’s Gourmet, Single Barrel and others.

These restaurants and their chefs have taken calculated risks in preparing menus that push the traditional appetite of Midwestern diners. They are putting in hour after hour of backbreaking work to meet the increased demand of diners who are very knowledgeable about their food and where it comes from. While we do not have the space here to include everyone, the list of chefs who are working collaboratively, leaving their culinary egos in the freezer and changing the way Lincoln diners approach food is impressive: Kevin Shinn, Eric Leyden, Brandon Harpster, Erik Hustad, Scott Burkle, Kevin Mandigo, Kyle Lamb, Lorin Dagle, George Kazas, and Travis Green.

According to the US Department of Agriculture, “local food or the local food movement is a collaborative effort to build more locally based, self-reliant food economies—where sustainable food production, processing, distribution, and consumption is combined to enhance the economic, environmental and social health of a particular place.”

People who are driving the trend to understand where their food comes from and who prefer to eat locally grown/produced food are sometimes called “locavores”. They understand that the food prepared by our all-star chefs is only as good as the supply from which it is sourced. Lincoln chefs are finding outstanding quality products such as pork from Travis Dunekacke of TD Niche Pork in Elk Creek, Nebraska and naturally raised chicken from Dean Dvorak of Plum Creek Farm. They are also finding fresh organic food grown by Robinette Farm in Denton, Sanders Farm in Dwight and Common Good Farm in Ceresco. Branched Oak Farm in Raymond specializes in artisan cheese from their herd of grass fed cows.

What evidence do we have that Lincoln’s food scene is indeed on the rise? Lincoln Secret Supper, a social media and word-of-mouth driven entertainment club, was created in October 2011. Their goal was to get people out of the normal go-out-to-eat-at-our-favorite-restaurant habit and discover a whole new world of dining, at the same time emphasizing meeting new friends and having conversation around a shared community table. The LSS model centers around the ethos that members will not know where they are dining, what they are eating or even who they will be dining with. The culinary experiment was met with enthusiasm and excitement, quickly growing to over 3,000 members competing for 50 seats at the Community Table every other month. Although limited to just a sampling of the city’s population, after two years, the Lincoln culinary scene was poised to take the next leap. So earlier this year, those same kings of culinary adventure, LSS, hosted what many considered to be the most talked about food event in the city’s history.

In partnership with the Lincoln Chamber of Commerce, Lincoln Convention and Visitor’s Bureau, Pinnacle Bank Arena, and a variety of food related sponsors, LSS created “Farm Food Fork, Celebrating the Rise of Lincoln’s Culinary Culture”. Featuring 12 local chefs, 7 local bartenders and the chance to be one of the very first through the doors of the brand new Pinnacle Bank Arena, was enough to get most any food enthusiast excited. To up the ante, LSS convinced Travel Channel’s globetrotting celebrity chef, Andrew Zimmern, to also join the party.

The result? Over 250 eager food enthusiasts enjoyed appetizers Pork & Lamb Terrine and Braised & Marinated Octopus (not locally sourced) followed by a 4-course meal with Plum Creek Farms Roasted Free Range Chicken Galantine; Shadowbrook Farms Mixed Greens; Cider Brined TD Niche Pork; Nebraska Star Wagyu Beef Strip; and Basil Infused White Chocolate Mousse. Hungry? Do we have your attention yet? Well, the event certainly held the attention of food and travel writers who came from New York City, Milwaukee, and Des Moines to see what all the food fuss was about in Lincoln, Nebraska. All were impressed with what is happening in our small city. They didn’t expect to find an oasis of culinary excellence in a city still surrounded by cornfields, hay bails, and chicken coops.

No matter the Genesis, chef or customer, Lincoln, Nebraska is firmly planted on the culinary map. Great meals await those willing to get out of their comfort zones and join the local food movement.