Pinewood Bowl Concerts in the Moonlight 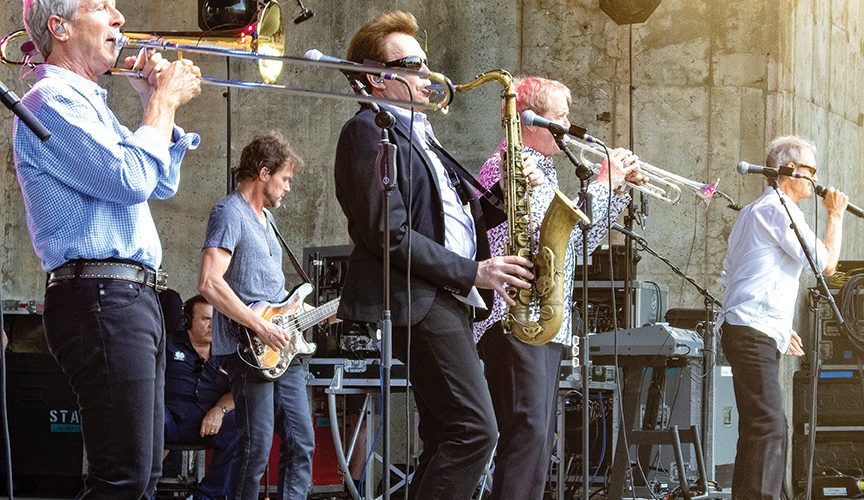 Lincoln’s music lovers wait for the incredible season at the Pinewood Bowl amphitheater to be announced every year and then go wild. The amazing list of performers usually includes those entertainers we have dreamed of seeing in person most of our lives. The line-up has some of the most loved musicians in the country, which is why the tickets sell out fast—prices are reasonable, and our sweet dreams can come true. Talking about sweet dreams, that is just where these musicians play. Surrounded by tall pine trees, right under the stars in moonlight, in a magical dreamland, called the Pinewood Bowl, the open-air concert venue at the center of the beautiful lush, wooded Pioneers Park.

In the past, Pinewood Bowl hosted just one local musical show each summer, but in 2012 they started to add a few summer concerts. This unique series of summer concerts has become hugely successful and today the season features many performers and adds to Lincoln’s already full schedule of musical performances. Pinewood Bowl serves a local population of over 300,000 and can accommodate up to 5,500 people.

“We’re hoping this continues to be a Lincoln tradition,” said Lynn Johnson, Director of the city’s Parks and Recreation Department. “We would call this a total success. The shows are very well received. It was so much fun to see that big stage used the way it was designed to be used.” Many people would say; it is the best outdoor location for music in the city.

On the way to watch a Pinewood Bowl concert, take time to enjoy the beautiful park. The 668-acre site is the result of a Work Progress Administration project in the 1930s that includes 440 acres of native tall-grass prairie, eight miles of hiking trails, outdoor animal exhibits and several gardens.

Pinewood Bowl’s capacity is set at just more than 4,000 for reserved seating and at a little more than 5,000 for general admission shows.

The concerts are loved by the Lincoln public and have become a place to have fun and a memorable summer evening. The performers also find the Pinewood Bowl a unique venue, saying they genuinely have a wonderful time connecting with their audience in the intimate and environmentally pleasurable setting. With balmy summer weather, happy audiences and great music, the Pinewood Bowl cannot be topped.

Food and beverages, including beer, are available, adding to the overall festive atmosphere. Count on a wonderful experience every single time. After a super successful 2020 season organizers are busy planning an equally impressive series of concerts for the summer of 2022.

The surroundings—cool evening temperatures, deep blue skies, the glow of the moon speckled with starlight and beautiful music—make it the perfect concert experience. The shows chosen for this venue are popular in Lincoln and nearly every concert is packed. Shows range from the ’60s folk rock of Crosby, Stills & Nash to the blues of Robert Cray to indie rock by My Morning Jacket, Chicago and Counting Crows. From the British folk and rock band Mumford and Sons to ZZ Top, the Steve Miller Band, the Moody Blues, Steely Dan and Peter Frampton to Jason Mraz, Sara Bareilles and Allison Kraus, Willie Nelson, Bonnie Raitt, Ringo Starr, Bob Dylan, Martin Short and Steve Martin, Weird Al and the Beach Boys.

A little history about this magical place. The Pinewood Bowl was built in 1947 when the city needed a larger venue to host open-air church services for airmen stationed at Lincoln’s air base. Several Lincoln residents recognized a need for a diversion for the service men and their families, a place where they could meet for worship and prayer and sometimes for entertainment. Before the Bowl was constructed, services were held on the steps of the Capitol. When the group grew to more than 1,000, Pinewood Bowl was built. Weather permitting, to this day, Easter services are held there every year, and they’re open to the public, not just to the military.

Tickets can be purchased online or at Pinnacle Bank Arena downtown when they go on sale. Check pinewoodbowltheater.com for information about upcoming shows for the summer and make sure you get your tickets early.