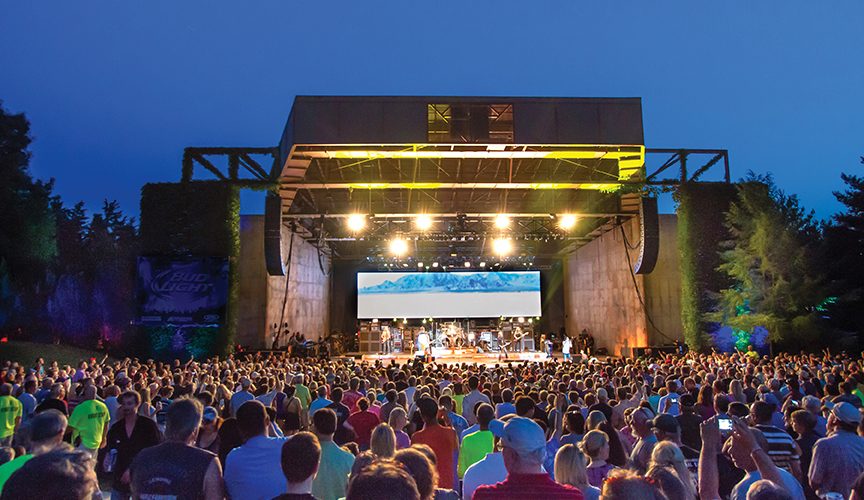 Founded in 1927, Lincoln’s Symphony Orchestra presents inspiring programs that encourage the Lincoln community to discover and cultivate a deep personal connection with live symphonic music. LSO presents 10 concerts each season—two family concerts, two pops concerts (one of which is a holiday concert) and six classical concerts.

Formed in 1997, the Nebraska Chamber Players is made up of professional musicians dedicated to playing a unique brand of chamber music. Known for creative programming, the group has premiered commissioned works from composers across the country. The spirit of chamber music, performed in an intimate atmosphere, comes alive through each of the Nebraska Chamber Players’ gifted musicians. For more information call 402-429-8227 or visit nebraskachamberplayers.org.

The Lincoln Civic Orchestra is a symphonic orchestra comprised of musicians from around the Lincoln area. Formed in 1977 on the campus of Union College, the Lincoln Civic Orchestra became the resident orchestra at Nebraska Wesleyan University in 1987. The 70-piece ensemble regularly performs on the Nebraska Wesleyan campus with performances in the fall, winter and spring, and travels to other communities with concert presentations. LCO aims to provide a quality symphonic experience for musicians and the community at large through collaborative musical performances and education. Visit lincolncivicorchestra.org for more information.

One of the region’s premiere big bands, the Nebraska Jazz Orchestra presents at least four concerts annually featuring the genre’s best musicians. The NJO features traditional big band classics from masters like Duke Ellington and Count Basie, as well as new compositions and arrangements from local talent. The NJO is committed to educating future musicians through sponsorship of the Young Artist Jazz Composition, the Young Lions All-Star Big Band, and the annual Nebraska Jazz Camp. In 2019 they performed with Paul Schaeffer on the Lied Center stage. For more information call 402-477-8446 or visit artsincorporated.org/njo.

Begun in 1911, the Lincoln Municipal Band is both Nebraska’s oldest professional music organization and its only professional wind ensemble. The band annually presents a series of free outdoor concerts at 7 p.m. on Sundays during July and August. Held in the John Shildneck Memorial Bandshell in Antelope Park, these popular free concerts draw regular crowds of more than 1,500 and feature some of the capital city’s best instrumentalists and vocalists. The organization also holds the annual John Schildneck Young Artist Competition. For more information call 402-477-7899 or visit artsincorporated.org/lmb.

The Nebraska Repertory Theatre provides professional acting and production experience to University of Nebraska-Lincoln students and faculty in collaboration with professional artists-in-residence. For more information call 402-472-4747 or visit unl.edu/rep.

For 34 years the Lincoln Midwest Ballet Company has been presenting its annual staging of the holiday season classic, The Nutcracker. Dance students from Southeast Nebraska star in the performances that also feature a live orchestra and nationally known guest artists. In conjunction with performances, the company hosts Backstage at the Ballet, an artist-in-residency program at Lincoln elementary schools. It also produces rotating spring ballets, Cinderella and Snow White, and holds a summer dance camp. For more information call 402-477-8446 or visit lincolnmidwestballet.org.

The Capital Jazz Society Big Band performs several Monday nights a month at ChezSoDo. This big band provides an opportunity for jazz musicians of all ages to hone their chops by sight-reading and performing both classic and new big band pieces. The Lincoln Jazz Series provides formal jazz groups with a venue to showcase their talents. Local, regional and national groups have performed as part of this series. The Monday Night Big Band and Lincoln Jazz Series are supported by the Capital Jazz Society. For more information call 402-477-8008 or visit artsincorporated.org/cjs.

Lincoln has comedy, too. Almost every Sunday evening for the past five years, the Zoo Bar downtown has hosted Zoolarious. Local comedian Brad Stewart presides over the show, which has featured national comedians Kyle Kinane and NicK Griffin among others. The newest club is The Comedy Loft, on the second floor of the Creamery Building in the Haymarket right across from TADA Theatre. It features local and national acts, including Myq Kaplan and an appearance by Nebraska native Larry the Cable Guy. The Rococo Theatre, the Bourbon, and the Lied Center for Performing Arts also bring in national comedy acts like Trevor Noah, Lewis Black and Hannibal Buress.