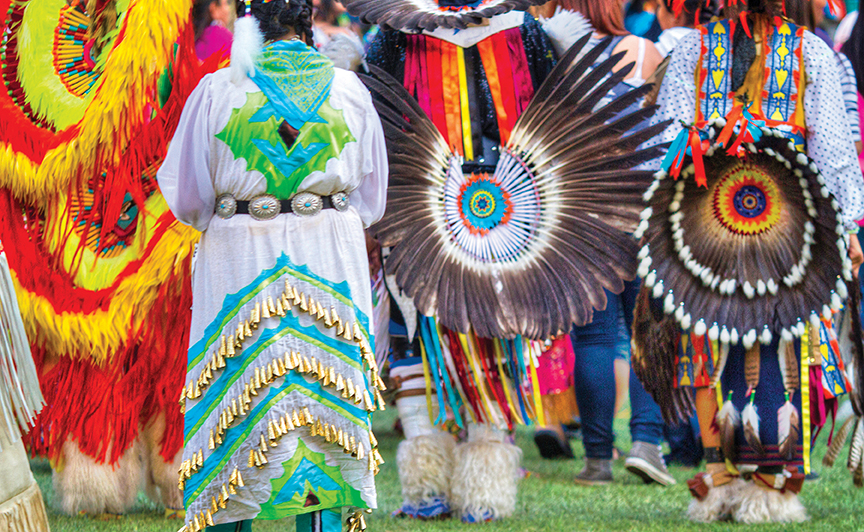 “Now we’re one of the top twenty cities in America for new arrivals from abroad. Our supermarkets and schools are bursting with refugees from Russia, Serbia, Croatia, Bosnia, Hungary, and Ethiopia. Our Kurdish, Sudanese, and Somali populations are rapidly increasing. Even as I write this, refugees from Afghanistan, Liberia, and Sierra Leone are coming into our community.” writes Lincoln resident and best-selling author Mary Pipher in The Middle of Everywhere: The World’s Refugees Come to Our Town. She went on the say, “We are becoming a richer curry of peoples.”

Lincoln’s has changed dramatically in the past decades. The influx of recent immigrants is having a notable impact on Lincoln’s communities. Refugees and immigrants are breathing new life into our city, establishing businesses and revitalizing neighborhoods. Starting in the early 1980s, by 2000 Lincoln had resettled almost 5,500 refugees. According to the Asian Community Center, Lancaster County is the nation’s 18th largest resettlement area for Asian refugees and immigrants. Recently, Nebraska has become fifth in refugee resettlement per capita when compared with states of similar population. And for the last two decades, half of the state’s refugees live in Lincoln, making our community rich in culture. Asian, African, European and Latino stores, markets and restaurants have brought new economic vitality to some neglected areas. As a result of these ethnic enclaves, Lincoln residents can find a good falafel or chrysanthemum vegetable drink as well as fresh Mexican food, bubble tea and pho.

Today in Lincoln unusual vegetables are mainstream at ordinary supermarkets and when it comes to ethnic restaurants, Lincoln boasts many, marvelous options. If you crave Indian food, you can chose from six different sophisticated Indian restaurants (I love The Oven). Or if it is Thai, we have four restaurants, (my favorite is the Blue Orchid downtown and Issara on Pine Lake), along with several Japanese restaurants. I love to eat Korean BBQ at a truly Korean restaurant, Yami, in the south part of the city. We also have many Vietnamese, African, Middle Eastern, French and genuine Mexican restaurants dotting the city. All these restaurants are busy serving the Lincoln community with authentic and delicious dishes. Lincoln supports diverse cultures and the reward is fabulous cuisine.

In Lincoln Public Schools, more than 30 different language groups are represented at the elementary level. To add to this, you can learn Spanish at the Hispanic Community Center, Lakota at the Indian Center, and Chinese, Japanese, Russian or a host of other languages at the University of Nebraska-Lincoln (UNL). Often, when you walk through a department store, you hear people speaking Kurdish, Vietnamese, French or Sudanese.

University of Nebraska-Lincoln (UNL) educates thousands of foreign students from many different nations to add more variety to the Lincoln’s mix. UNL has over 1,000 students from China, and a Chinese educational institute where Chinese culture is taught and appreciated by UNL students. With so many students from
so many countries, UNL has become a very international place.

The University of Nebraska-Lincoln (UNL) boasts of the state-of-the-art, Jackie Gaughan Multicultural Center that showcases the importance of diversity and culture in education. The center champions many cross-cultural events during the year that are open to students and the Lincoln community. Located right next door to the Nebraska Student Union, the $8.7 million, 30,000 square-foot center was built through a generous donation from the family of Jackie Gaughan of Las Vegas, along with funds from UNL. It facilitates multicultural programming with student lounges, a computer lab, meeting rooms, a large multi-use area, student offices, tutoring rooms and space for faculty, staff and students dedicated to diversity and multicultural programming. It also includes the staff of the Office of Academic Success and Intercultural Services (OASIS). The Gaughan Multicultural Center continues the tradition of past UNL Culture Centers by providing a ‘home away from home’ for underrepresented students, while welcoming all UNL students, faculty, staff, alumni and guests. For more information on the Gaughan Multicultural Center and related events, go to http://unions.unl.edu/jgmc.

Lincoln is now home to the largest Yazidi refugee community in the U.S. Their new Yazidi Cultural Center on North 27th Street is the first of its kind in North America. The Yazidi people are a religious minority from Iraq and speak a form of Kurdish called Kurmanji. The center works to preserve their heritage as well as helping new refugees build lives in America. They have classes in the Kurmanji language and also teach English to recent arrivals.

The center, known for its generosity, offers free lunch for anyone in need who comes through the front door. Its Senior Center, open Monday through Friday, 8 a.m. to 2 p.m., offers programs for seniors. The center also offers special projects tailored for youth empowerment that include Indian child welfare, Native American Junior Achievement and summer youth programs. Other activities include an art exhibit and Lincoln pow-wows. Every summer the center holds an impressive pow-wow that is fast becoming a beloved Lincoln tradition. The center uses volunteers in its employment/training programs to help locate jobs in the community for the unemployed. WIA (Work Investment Act) and Lakota language classes are offered weekly. For more information visit http://indiancenterinc.org.

Many of the newer ethnic communities have formed their own cultural groups and often meet in local churches. If you are looking to find a community that you would like to know more about, a good place to start would be the Lincoln Public Schools. I believe there are over 30 different nationalities being represented there and many have organized school events. Families come from all over the state and the region to enjoy a celebration very important to their heritage. Non-native folks are welcome to join the festivities.