A Forest of Woods Brothers 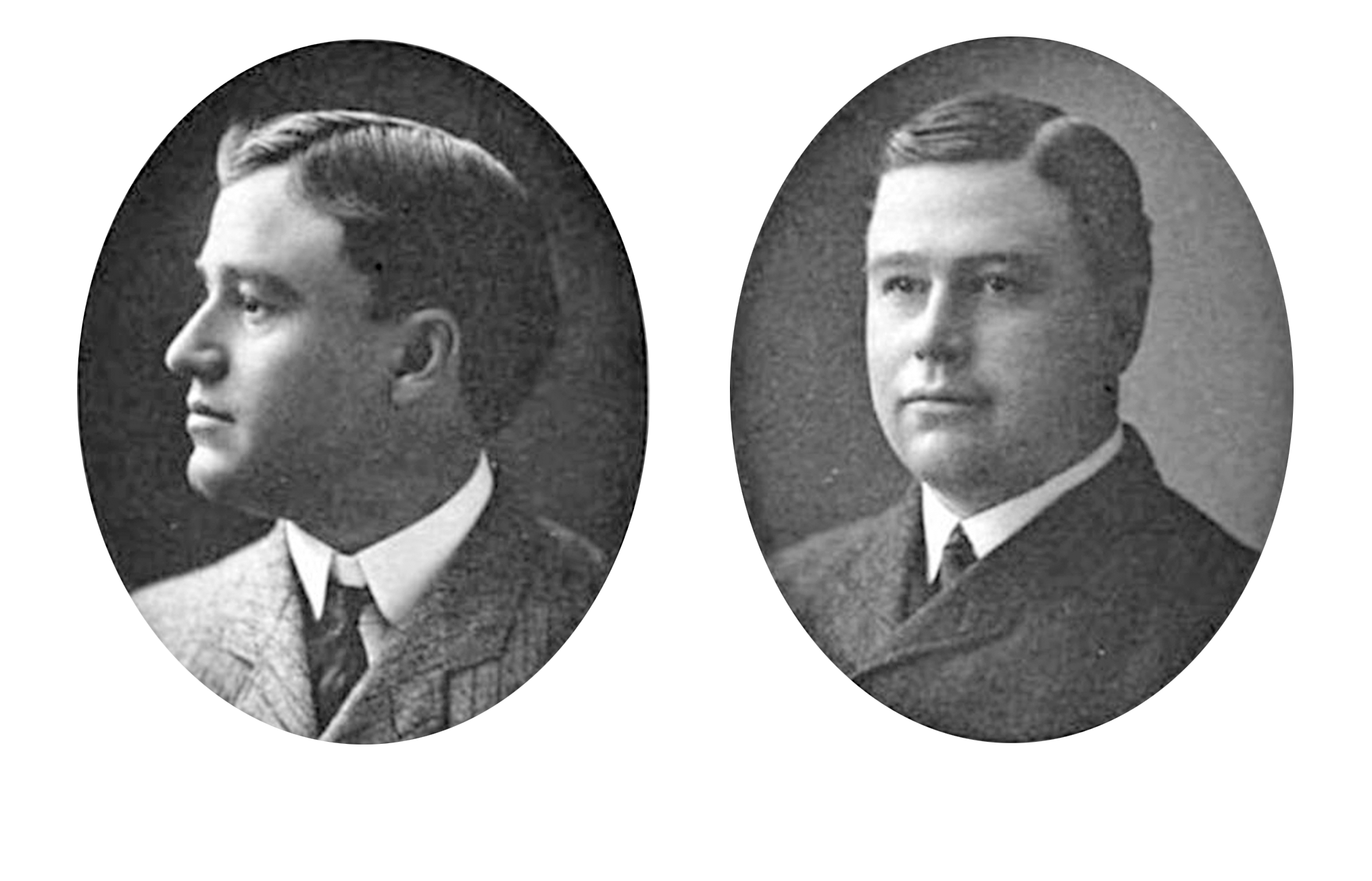 It does not take visitors or new residents very long to notice that the name Woods can be found throughout Lincoln, Nebraska. Within a few months of my arrival in 1985, a Woods Bros. realtor helped me buy a house a block from Woods Park, just north of Woods Avenue. I soon learned of three Woods brothers—Frank (1868-1952), Mark (1870-1956), and George (1873-1957)—who with their auctioneer father, Col. F. M. Woods (1844-1928), developed over fifty subdivisions in Lincoln from the late 19th through mid-20th century. They named streets Woodsshire, Woodscrest, Woodsview, Woodsdale, and Woods Boulevard. Over many years I learned of the breadth of contribution of this Woods family. I also learned of the coincidence that several other families named Woods, including other sets of Woods brothers, have also enriched Lincoln’s history. This is a quick introduction to the forest of Woods of Lincoln.

F. M. and Eliza (1845-1934) Woods lived in the village of Downers Grove, Illinois at the time of the 1880 U. S. census, with four sons and two daughters. He was listed as a “manufacturer’s agent” but when they moved to the boomtown of Lincoln, Nebraska in 1884, Col. Woods was known as a livestock dealer and auctioneer. The Colonel and his sons Frank, Mark, and George established numerous businesses in Lincoln and Chicago, ranging from real estate development and importing draft horses, to building silos and stabilizing riverbanks. They founded Lincoln Telephone & Telegraph Co., Woods Aitken law firm, and an airplane factory. Gifts to the community, during their lifetimes and through bequests, secured Woods Park, established the Woods Charitable Fund of Lincoln and Woods Fund of Chicago, launched the Lincoln Community Foundation, and continue to benefit Lincoln and Chicago. The Woods Art Building at the University of Nebraska-Lincoln was funded by Frank Woods to memorialize his wife, Nelle Cochrane Woods (1870-1950), and her lifelong support of the arts.

The homes of Frank, Mark, and George Woods still stand as major landmarks in the city, at 2501 Sheridan Blvd., 2501 South Street, and 1445 E Street, respectively. The Woods Brothers Companies—in real estate, stallion importing, and silo building—housed themselves at 719 P Street in the Haymarket district in 1914, then downtown at 132 South 13th Street in 1918.

When I learned that the Haymarket building was designed by architect Alfred W. Woods, I assumed I had found the fourth brother, or a cousin, or some kin. But no, Woods Brother number four (actually the oldest) was Albert F. Woods (1866-1948), whose realm was academe, not architecture or commerce. He studied at the University of Nebraska under the renowned botanist Charles E. Bessey, co-authoring The Botany of the Apple Tree in 1894 with his mentor.  A. F. Woods left the University of Nebraska for the U. S. Dept. of Agriculture and helped lead the USDA’s research efforts, before becoming a Dean of the University of Minnesota in 1910, and the president of the Maryland State College of Agriculture in 1917. He led that college’s merger in 1926 with the University of Maryland, where he remained a professor until his death in 1948. The “forgotten Woods Brother” is remembered in Baltimore, where Woods Hall at the University of Maryland bears his name.

Architect A. W. Woods (1857-1942) did not flourish commercially to the degree of the Woods Bros., but he had a long and productive career, designing dozens of churches in eighteen states. First United Methodist Church built in 1908 at 50th and Saint Paul Streets in the University Place neighborhood of Lincoln was perhaps his church masterpiece. He partnered with Artemas Roberts from 1887 to 1903, a span that culminated in their most famous building, William Jennings and Mary Bryan’s 1902 mansion, Fairview.

Woods also served as an editor and author for several architectural magazines and books. One of those, The American Carpenter & Builder, published several of Woods’ church and residential designs. In 1907 The American Carpenter also illustrated another Woods-built house at 1736 Harwood Street in Lincoln, but the caption credits Charles D. Woods, not A.W. The City of Lincoln building permit for that house lists “Woods Bros.” as the contractor, bringing to mind Frank, Mark and George Woods. But the famous brothers didn’t call any of their companies Woods Bros. in 1907 and Lincoln city directories list Charles D. Woods (1881-1929) as a carpenter and contractor. His brother Howard was also a Lincoln carpenter, and together Charles and Howard were the Woods Bros. who built several houses in early 20th century Lincoln.

One final set of Woods Brothers completes my current knowledge of these contributors to Lincoln’s heritage. Millard T. (1905-1966) and Delmar K. (1907-1978) Woods were the sons of William (1867-1944) and Elizabeth (1877-1964) Woods. Their father was best known as the caretaker for the Nebraska governor’s residence for 36 years, serving eleven governors from 1907 to 1943. He also was an entrepreneur and church and Masonic leader in Lincoln’s African American community, as was his wife Elizabeth. Like the better known Woods Bros. before them, brothers Millard and Delmar Woods both attended the University of Nebraska. Millard applied his NU education in science and pharmacy as a college instructor in Texas and a high school principal in Arizona, before his parents and other community leaders organized a Lincoln chapter of the Urban League in 1932 and recruited Millard to return to his hometown as its first executive director. He left that post to serve in the American Red Cross in Italy and North Africa in WWII, earning the Medal of Freedom. Clyde Malone, Millard’s assistant and youth director, became the Urban League’s second executive. After Malone’s death in 1951, the institution was renamed the Clyde Malone Community Center, which continues to serve Lincoln today at 2032 U Street. Delmar Woods settled in Omaha and worked many years as a laboratory technician at the University of Nebraska-Omaha.

Would Lincoln be Lincoln without all these Woods’s? No, it would not.