Get Some Culture in Your Life: Diversity in the Star City 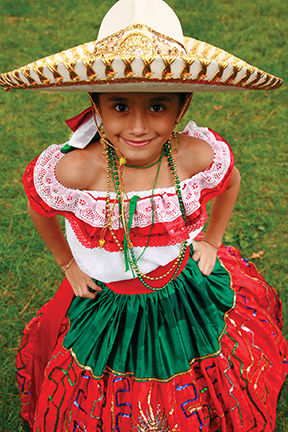 The impacts of globalization on our day to day lives cannot be denied. We use phones from Korea, drive cars from Japan, speak English and plan our summer backpacking trips in Europe. Frequently, however, we think of globalization as something happening in the world at large, see the things as somewhat homogenous and forget the changes that are happening right around us and the opportunities for enrichment that they bring.

Something worth appreciating about Lincoln is it’s diversity. The examples are ample. The University of Nebraska-Lincoln (UNL) educates thousands of foreign students from many different nations to add more variety to the University mix. Students come from all over the world to study at UNL. Malaysia, Oman, India and China, just to name a few. In the Lincoln Public Schools, more than 30 different language groups are represented at the elementary level. According to the Asian Community Center, Lancaster County is the nation’s 18th largest resettlement area for Asian refugees and immigrants. Recently, Nebraska has become fifth in refugee resettlement per capita when compared with states of similar population. Refugees from over 40 countries now call Lincoln home, including Bosnia, Vietnam, Afghanistan, Russia, Kurdistan, Sudan, Ukraine, Tajikistan, Myanmar and several others.

But it’s not just the people, there are other signs of Lincoln’s diversity all around. Today in Lincoln unusual vegetables are mainstream at ordinary supermarkets and when it comes to ethnic restaurants, Lincoln boasts a variety of outstanding options. If you crave Indian food, you can chose from six different sophisticated Indian restaurants (I love The Oven). Or if it is Thai, we have four restaurants, (my favorite is the Blue Orchid downtown and Issara on Pine Lake), along with several Japanese restaurants. I love to eat Korean BBQ at a truly Korean restaurant, Yami, in the south part of the city. We also have many Vietnamese, African, Middle Eastern, French and genuine Mexican restaurants dotting the city. All these restaurants are busy serving the Lincoln community with authentic and delicious dishes. Lincoln supports diverse cultures and the reward is fabulous cuisine.

But experiencing other cultures involves more than just food. Some of Lincoln’s more established ethnic groups also have their own community centers that are not exclusive, but rather inclusive in sharing their differences with others. Volunteers and visitors are always welcome. Here are some of the more prominent community centers in the city.

Established in 1992, The Asian Community and Cultural Centerserves both Asian refugees, established members of Lincoln’s fast-growing Asian population, as well as several other ethnic groups. Every year they hold a number of events including the Lunar New Year Celebration, Harvest Moon Festival and more. In addition they offer Chinese Tai Chi Chuan (martial arts) classes, have a Lion Dance Troupe (a traditional dance form), and have developed programs that share all aspects of Asian cultures.

The Indian Center, Inc.was formed in 1969 and has a mission to provide value to the Native American community by creating and obtaining programs that empower self-sufficiency and positive quality of life in individuals and families. In addition, they hold a number of events, to which everyone is welcome. Of particular note, every summer the center holds an impressive pow-wow that is fast becoming a beloved Lincoln tradition.

For more information about The Indian Center, their programs and events refer to their website, indiancenterinc.org.

The Clyde Malone Community Center has long fought for civil rights and works to improve the lives of African-American residents of the Malone, Clinton and Hartley  in Lincoln.

For more information about the Malone Center, their programs and volunteering opportunities visit their website at malonecenter.org.

El Centro de las Americaswas created in 1982 and was originally operated from the home of a parishioner in Lincoln’s Spanish-speaking Catholic community. The current center offers educational and cultural activities. Thousands of people visit the center each year for services including emergency assistance, food, clothing, employment, empowerment, and educational opportunities.

The annual Hispanic Heritage Festival is one of the special events run by the center annually. Each September the festival features food booths, music, performances, crafts, and fine and performing arts. The center is very welcoming, especially if Spanish is your first language.

For a list of programs, events and volunteering opportunities you should check out their website at elcentrodelasamericas.org.

Lincoln is now home to the largest Yazidi refugee community in the U.S. Their Yazidi Cultural Centeron North 27th Street is the first of its kind in North America. The Yazidi people are a religious minority from Iraq and speak a form of Kurdish called Kurmanji. The center works to preserve their heritage as well as helping new refugees build lives in America. They have classes in the Kurmanji language and also teach English to recent arrivals.

For more information on the Yazidi Cultural Center you can visit their website, yazda.org.

Finally, there’s the Confucius Instituteat the University of Nebraska-Lincoln. A non-profit affiliated with the Ministry of Education of the People’s Republic of China, whose aim is to promote Chinese language and culture. They offer Chinese language classes for both adults and children along with cooking classes. For more information about the Confucius Institute visit their website at confuciusinstitute.unl.edu.

So why not appreciate the diversity of Lincoln? Enjoy the food, experience the culture, volunteer and perhaps learn a new language. Add different cultures to your life, expand your worldview, and make yourself a more well-rounded person.