2015 State Games of America in Lincoln 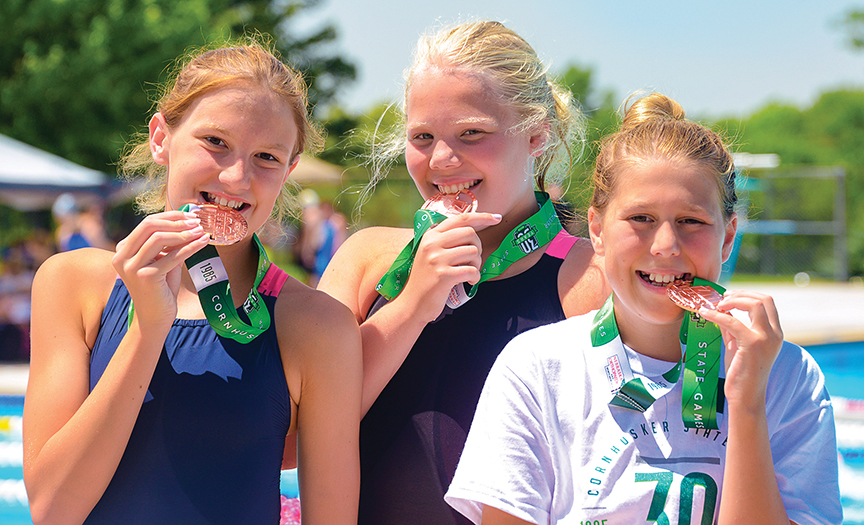 The 2015 State Games of America, featuring competition in more than 60 sports for athletes of all ages and abilities, roars into Lincoln July 28 – Aug. 2. Nebraska Sports Council officials expect the biennial event to attract more than 20,000 participants and around 45,000 total visitors.

Participation should include around 13,000 Nebraskans since the State Games of America replaces the annual Cornhusker State Games and all the same sports are offered.

Athletes from outside of Nebraska are required to qualify in core sports by earning a medal in their own state or a neighboring state games event. There are currently 31 states with member organizations in the National Congress of State Games.

“The State Games of America has a similar format to the Cornhusker State Games. We’re just opening the party up to non-Nebraskans,” said Nebraska Sports Council Executive Director Dave Mlnarik, who helped lead the effort to win hosting rights over the likes of San Diego and Virginia Beach.

Mlnarik said participants, volunteers, and community leaders gave an overwhelming thumbs-up in surveys conducted prior to the bid process. He said the Council Board wanted to be sure hosting the national event wouldn’t jeopardize the success of the Cornhusker State Games. What they found were a community and state ready to roll out the red carpet.

“We won hosting rights on just about everything that matters in sports event management. Great venues, affordable and convenient travel, supportive funding partners, unbeatable hospitality of our residents, the track record of our event staff and volunteers and our close proximity to the most possible participants. Most of our neighboring states, including Iowa, Missouri, Kansas and Colorado have top-10 programs in the nation,” Mlnarik said.

Lincoln is in great company when considering past hosts of the State Games of America include St. Louis, Hartford, Colorado Springs, San Diego and Hershey, PA.

The showpiece of the State Games of America will be the Olympic-style Opening Ceremonies, which takes place at the University of Nebraska’s Memorial Stadium, the iconic home of Husker Football. The program will feature a traditional parade of athletes, a celebration of patriotism, skydivers, fireworks, and a torch-lighting ceremony featuring multiple celebrity athletes.

The Athletes Village for the event, featuring competition in several sports, games, booths, a nightly television re-cap show called SGA LIVE, a picturesque medals podium and live entertainment, will be set up in and around Pinnacle Bank Arena. A satellite Athletes Village, with similar attractions, will be located at Ralston Arena, since Omaha will play host to about 15 of the sports, including figure skating.

The State Games of America will require the efforts of more than 5,000 volunteers, double the number required for the Cornhusker State Games.

Of course, visitors to sporting events add up to big business for a community’s economy. Estimates from the State Games of America show that attendance numbers should generate an impact of more than $30 million, based on previous games and the expected growth during the 2015 games.

“The Cornhusker State Games have a long-standing tradition here in Lincoln,” said Jeff Maul, Executive Director of the Lincoln Convention and Visitor’s Bureau. “We are fortunate to have the opportunity to partner with the staff of the Nebraska Sports Council to host the 2015 State Games of America in Lincoln. This event capitalizes on the recent success of our community hosting large events, as well as the changing landscape of facilities and the destination development in the Haymarket. Many teams from across the country, as well as our state will enjoy Lincoln’s event production and management experience as well as the overwhelming volunteer support!”