To get an idea of Lincoln’s history and its future, just look up. 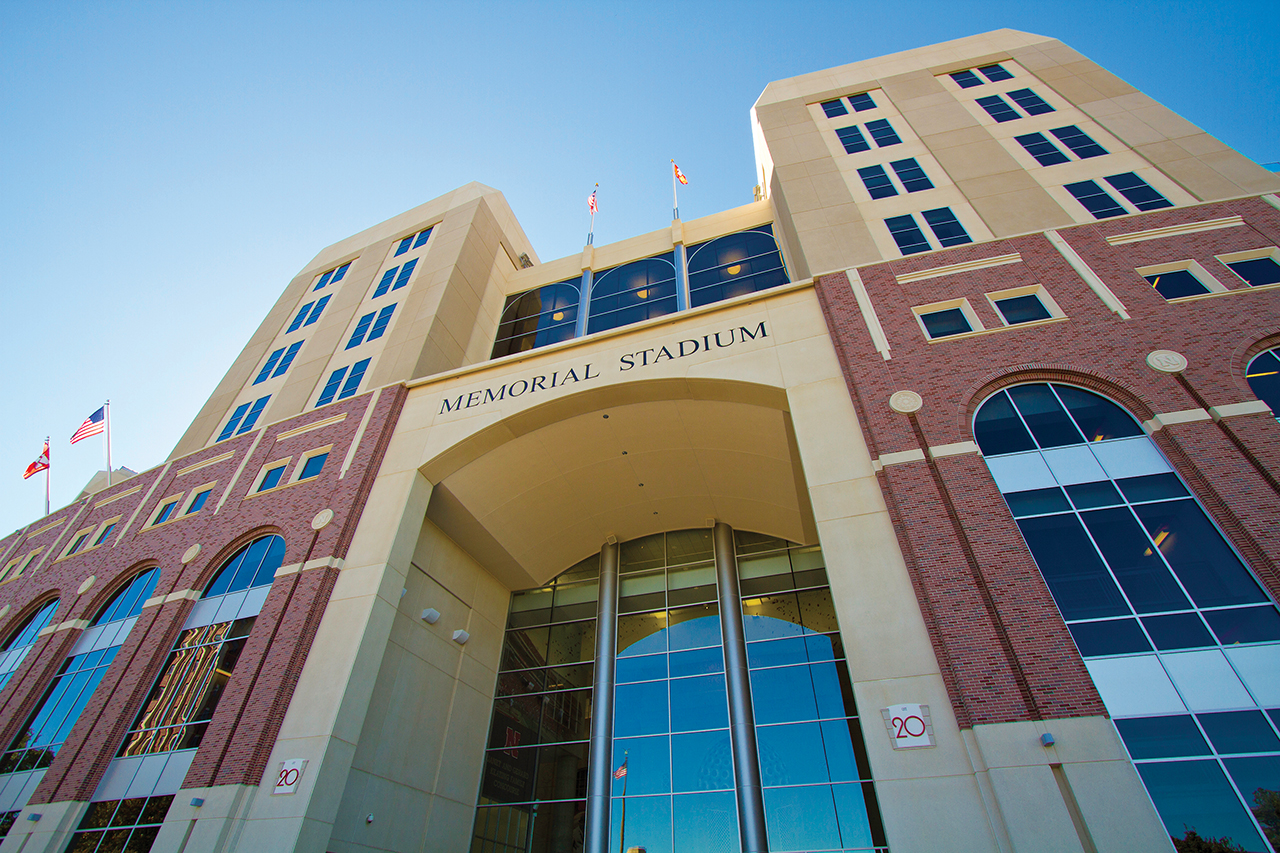 Lincoln’s buildings provide a look into the city’s past as well as a vision of where the city is going. With a skyline featuring both old and new buildings, the architecture of Lincoln shows a unique perspective of the city.

The most prominent building of Lincoln’s skyline is the Nebraska State Capitol Building. The 400 feet tall building is considered the nation’s first truly vernacular state capitol and was the first state capitol design to use an officer tower, a design that was much different from the prototypical form of the United States Capitol.

In 1919, the Nebraska legislature passed a bill providing for the construction of a new capitol building. The Capitol Commission held a nationwide design competition, which was won by Bertram Grosvenor Goodhue, an architect from New York. His other commissions include the master plan for the California Institute of Technology and the campuses for Rice and Princeton Universities. The Capitol building, however, is considered his finest work.

The Capitol building was constructed in four phases over 10 years at a cost of $9.8 million and was completed in 1932. The Capitol, clad in Indiana limestone, is 15 floors above ground and has a three-level base. The domed tower rises from the center and is crowned the “The Sower,” a 19 feet tall bronze figure. The Sower was created by New York sculptor Lee Lawrie and symbolizes the importance of agriculture.

To schedule a tour of the building, go to capitol.org/visit.

Memorial Stadium may not be the most visible building seen from afar, but it’s definitely the best known and most attended space in the state. Memorial Stadium has been the center of Husker Nation since 1923. In 1922, Husker faculty, students and fans, though a fundraiser by the Nebraska Alumni Association, raised more than $430,000 to construct the stadium.

Two architecture firms, John Latenser and Sons of Omaha, and Davis and Wilson, were chosen by the Alumni Association to design the stadium. John Latenser Jr., whose father had designed the Temple building on the City Campus 20 years earlier, and Ellery Davis donated their services, which saved $25,000 in expenses.

On the four corners of the stadium are four different inscriptions, which were written by then-UNL philosophy professor Hartley Burr Alexander, who also worked with Goodhue on the symbolism of inscriptions, sculptures and mosaics in the Capitol.

Southeast: In commemoration of the men of Nebraska who served and fell in the Nations Wars.

Southwest: Not the victory, but the action; Not the goal but the game; In the deed the glory.

Northwest: Courage; Generosity; Fairness; Honor; In these are the true awards of manly sport.

Northeast: Their Lives they held their country’s trust; They kept its faith; They died its heroes.

The stadium underwent major additions in 2006, where more than 6,500 seats, a HuskerVision screen and suits were added. In August 2013, University of Nebraska-Lincoln officials unveiled the $63.5 million East Stadium expansion, which added more seats and 50,000 square feet of space for athletic performance and concussion research.

For a look into Lincoln’s urban renewal, go down Q Street to the Assurity Center, which anchors the Antelope Valley redevelopment area. The 175,000 square-foot structure was completed in December 2011, two years after ground was broken for the building. Located at 20th and Q streets, the floor-to-ceiling windows of the building offer views of Union Plaza Park and the growing University of Nebraska-Lincoln campus.

The center is the headquarters for Assurity Life Insurance Co. Assurity Center’s two-story base features rough-cut limestone and the three-story tower is clad in polished limestone and glass. The building was designed by Lincoln-based Clark Enersen and built by Sampson Construction.

The company proudly says that the building is “green,” and is the first privately owned major office building in Lincoln to achieve Gold-level certification standards of the Leadership in Energy and Environmental Design rating system from the U.S. Green Building Council.

“Our vision for the Assurity Center reflects our strong commitment to the Lincoln community to construct a building that will add to our community’s architecture and be a sustainable, environmentally friendly facility,” Assurity Chairman, President and CEO Tom Henning said in a statement in 2009.

The original NBC Building at 13th and O streets is now the Wells Fargo Center, which brought to the city, the work of the world class architect I.M. Pei and established a center of commerce in the city.

Contemporary to this was the construction of the Sheldon Memorial Art Gallery. Sheldon is located in the heart of the University of Nebraska-Lincoln downtown campus and was designed by Philip Johnson, another world-renowned architect. This institution is an important symbol of art and culture in the Lincoln community, and houses one of the finest collections of American art in the country.

Another prominent Lincoln building with an artistic purpose is the International Quilt Study Center at 33rd and Holdrege streets. It was designed by the renowned architect Robert Stern and showcases a world-class quilt collection.

Most recently, the Pinnacle Bank Arena opened with an auditorium that seats 15,000 for sporting events and concerts. It stands tall in the city like our own Taj Mahal.

Lincoln is evolving, and its buildings are evolving with it. Still, they carry the remnants of the city’s rich history. All you have to do is look up.