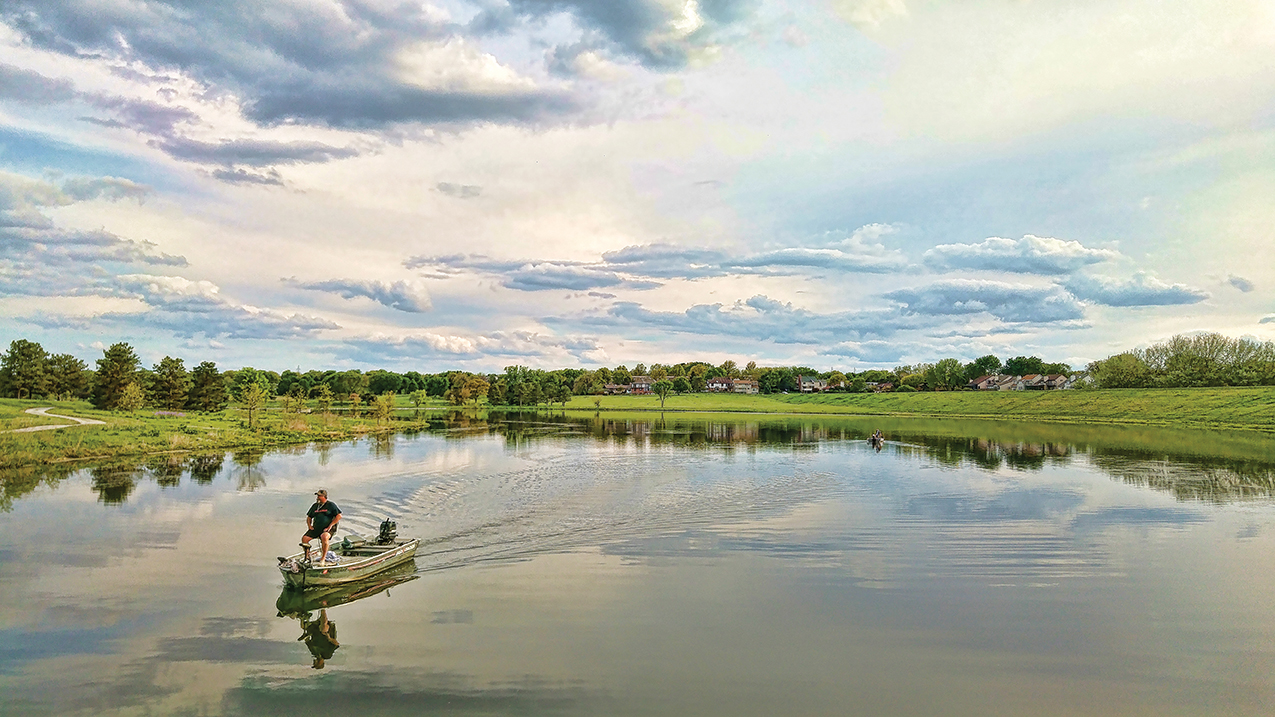 With nine outdoor pools, over 6,000 acres of parks and five golf courses, Lincoln is a city full of opportunities for fun in the great outdoors.

As the city’s population increases, it’s easy to see the downtown area expanding with new shops, restaurants and bars. But this expansion brings the need for more outdoor spaces in Lincoln.

Some are urban and some are hidden in quiet neighborhoods, but all of Lincoln’s parks are a great way to get in touch with Mother Nature without leaving the city. Lincoln’s Parks and Recreation have made it a goal to put one neighborhood park within every residential square mile. And so far, there are 135 parks in Lincoln.

Some of these parks are small green spaces, offering its neighbors a space to picnic, lounge or play, while some are equipped with basketball courts, playgrounds and park shelters. Each park is as unique as its neighborhood’s residents.

“Lincoln is a very green community and has a long history in acquiring and dedicating community park land,” said Lincoln Parks and Recreation director Lynn Johnson. “In the midwest that’s fairly common. Since there aren’t mountains or beaches, we have to acquire parkland to provide recreational opportunities within communities.”

“The intent of regional parks is that they have something that’s unique that makes them of interest to the entire region,” said Johnson. With a nationally high number of parks, and especially, playgrounds, per capita, Nebraska is truly a hotspot for outdoor adventure.

Within the 135 parks, four are considered regional parks. These four parks are larger with more comprehensive amenities:

Holmes Lake   This park wraps around the lake and has a golf course, as well as sand volleyball courts, a baseball diamond, ice skating, canoeing, kayaking, plus playground, picnic and grilling areas. And many simply enjoy taking a walk around this picturesque lake.

Pioneers Park   Easily the most ecologically diverse park, Pioneers Park has some unique qualities. It has the Chet Ager nature center that teaches visitors and the occasional student field trip about Nebraska’s vast biodiversity. Nestled neatly in the center of the park is the Pinewood Bowl—an outdoor theater that now hosts nationally renowned bands and puts on a yearly community musical. Small bison and elk herds entertain visitors who enjoy seeing them in their native land. It’s Lincoln’s own Central Park and introduces Lincolintes to the flora and fauna of Nebraska. Within the 688-acre site, visitors can view woodland, wetland and prairie as well as native wildlife.

Antelope Park   Antelope Park is known for its stunning color. All summer long, a constant flow of flower lovers enjoy its weaving public gardens. Antelope Park is also home to Lincoln’s biggest playground, plus a baseballball diamond, a golf course and tennis courts, making it a sports hub as well.

Union Plaza   It’s an easy distance from the University, making it a great spot for students to recharge in the outdoors, and it’s close enough to downtown to serve as a green lunch spot for downtown workers. But the main unmissable demographic enjoying Union Plaza is bikers. It’s a perfect link to the bike trail system and the flowing stream and well-kept foliage make it an outdoor enthusiasts safe haven.

Along with an impressive park system, Lincoln’s public pools provide both relaxation and education for Lincoln residents. There are four neighborhood pools and five are community pools.

Lincoln’s main leisure pool, Star City Shores, is celebrating its 20th anniversary this year with brand new slides, new water play structure and by having special pricing and games on the 20th of every summer month.

The last day of each pool season, the Lincoln Parks and Recreation partner up with Greater Lincoln Obedience to open up Star City Shores to dogs. Johnson says roughly 350 dogs show up for the event ranging from chihuahuas to great danes.

Each of the nine pools has its own swim league and all offer different services to their communities to help people learn to swim and stay active.

Johnson says that the summer swim and dive leagues attract roughly 800 kids and many of those children learn to swim through the league.

“The city budget has organized a public safety outcome by making sure that kids have the opportunity to learn to swim,” said Johnson.

To enjoy the outdoors and get some exercise in a competitive environment, many Lincolnites also take to the golf courses. Golf, being a stereotypically costly sport, is made accessible in Lincoln through its five public courses, the most recent being the Highlands Golf Course.

When asked why so many take advantage of the public golf courses, Johnson says, “I think it’s
that midwestern mentality of getting outside. It’s a social sport.”

Lincoln’s first golf course was developed in the early 1930s, but today the city is thinking of ways to incorporate new sports into its facilities.

So instead of swinging a club at a golf ball, a footgolf player kicks a soccer ball into a soccer ball-sized hole at the end of the drive.

“Footgolf is good for all ages,” said Scholl. “It’s good for little kids birthday parties all the way up to seniors.” But Scholl says the demographic that plays footgolf most is college-aged young adults.

Johnson says footgolf is a good way to get young people interested in golf. It gets them on the course and introduced to the rules of the sport.

Parks and Recreation’s tagline is, “get out, be active and have fun.” Johnson says this is the real meaning of a flourishing, multi-faceted park system.

“People talk about parks being the green lungs to the community,” he said. “It’s also that place where the community comes together to socialize and party. We try to encourage people to get unplugged, get outside and be physically active.”

When exploring Lincoln’s parks and public recreation opportunities, there’s something for everyone, from swimming, golfing, footgolfing to tennis playing, canoeing, or practicing yoga.