Lincoln Trails Are Calling Us to Enjoy the Outdoors

Runners, walkers and cyclists can connect with places, friends and nature on Lincoln trails.

The network of trails winds from the far corners of the city to the heart of downtown. The trails connect to many of Lincoln’s parks, gardens, schools, colleges and universities, swimming pools, and major ballparks. Popular destinations such as Lincoln’s Children’s Zoo, the Pinnacle Bank Arena, and Pioneers Park Nature Center can be reached on the trail system.

Trails are not new to Lincoln; its first trail was constructed in 1978. But with the work of the Great Plains Trail Network, the city’s trails have flourished.  Sara Hartzell, Lincoln Parks and Recreation planner, said the Great Plains Trail Network was one of the first groups to come together with the purpose of focusing on trail development. Their advocacy and fundraising efforts helped increase the number of cyclists as well as related groups, businesses and bike events.

And the trail system continues to grow. Yankee Hill Trail between 70th and 91st connects with Moore Middle School. The area includes the new Copple YMCA and Jensen park south of the school, which is intended for open space and sports fields.

One of the well-known trails is the MoPac Trail, which stretches 27 miles from the University of Nebraska-Lincoln to the small town of Wabash east of the city. The MoPac was built on an abandoned Missouri Pacific Railroad corridor. It offers a mix of urban and rural settings as it winds through the city and extends east into the countryside.

Jerry Mullinix knows the trail well, and the strip from 84th Street to Walton is his favorite ride. “It’s a little more rugged, and you ride through prairies and cornfields,” he said. Mullinix has jogged or bicycled the trails for 30 years. “When I turn 40, I decided to ride 100 miles in one day.” He accomplished that goal and has jogged and bicycled on the trails since then.

The more Lincolnites ride, the better it gets. That’s because as more people use the trails, the city wins more grant money. Multiple trail projects around the city are possible because of grant money.

Hartzell said several new trail improvements are in the works. The busy Murdock Trail in northeast Lincoln is set for an upgrade. From 56th east the trail is limestone, making that stretch a three-season trail. The plan is for a 10-foot wide concrete trail with an adjacent five feet of crushed rock. Two sizes of crushed rock top a layer of a nonwoven textile that enables drainage and prevents the gravel surface from being pushed down into mud. The upgrade will allow snow removal making the trail usable in all four seasons. The trail will also be safer for roller blades, skates and strollers. “This could be a model to make other trails more functional, Hartzell said.

Another project is the bridge in the south end of Wilderness Park. The bridge will replace the bridge that collapsed in 2009. Funding will come from
a Federal grant through Nebraska Game and Parks. Run for the Bridges is providing matching funds
up to $32,000 and the Trails Network is also providing funds.

The largest project will make it much safer for bicyclists to ride in southwest Lincoln on the Jamaica North and Rock Island Trails. The plan includes a pedestrian overpass that will connect the Rock Island trail to the Jamaica North trail west of Densmore Park across the railroad tracks.

Even though it’s estimated that there are more than one million ‘treks’ on the trails each year, the City Parks & Recreation Department has new technology to get an accurate count. Five trail counters keep track of walkers, joggers and cyclists. On a summer day, there may be 2000 people passing a counter.

The trail counters are funded by the Great Plains Trails Network and the Partnership for a Healthy Lincoln. They provide data that is used for designing trails and roads.

Another incentive to “get out and ride Lincoln” is Bike Share. Bike share is a system for renting a bikes when sightseeing or exercising. Visitors can rent the bikes at 17 kiosks in downtown and near university campuses. Users can pay with credit or debit cards, or through a smartphone app that allows for a cash option.

One of the Bike Share locations is at the Jayne Snyder Trails Center and Union Plaza Park at 250 N. 21st Street. The Trails Center serves as a hub where many of Lincoln’s Trails converge.

The trails attract visitors from out of town, especially for the annual Lincoln Marathon. “The trails are getting noticed,” Hartzell said. “People actually put their bikes in their trucks and drive to Nebraska to ride on the trails.”

Visitors and new Lincoln residents can find more information about the trails and/or biking by visiting these websites.

Visit the Great Plains Trails Network at www.gptn.org for maps and more information or the city of Lincoln at www.lincoln.ne.gov. Type “bike” in the search box. 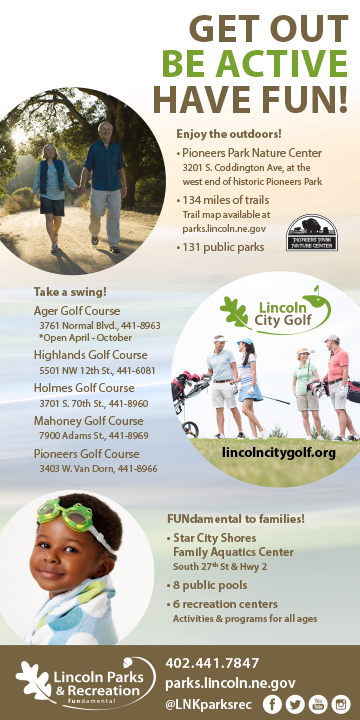 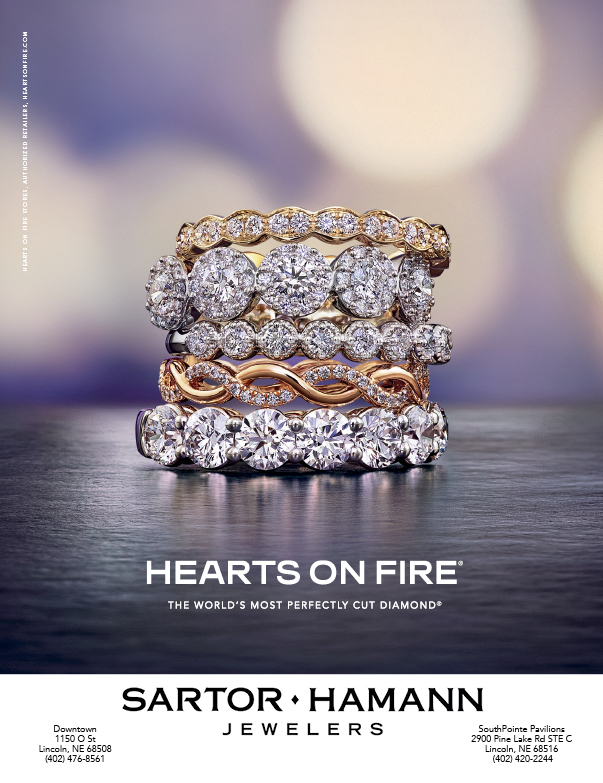