Lincoln’s Summer Theatre is ‘Hot Stuff’ for All Ages 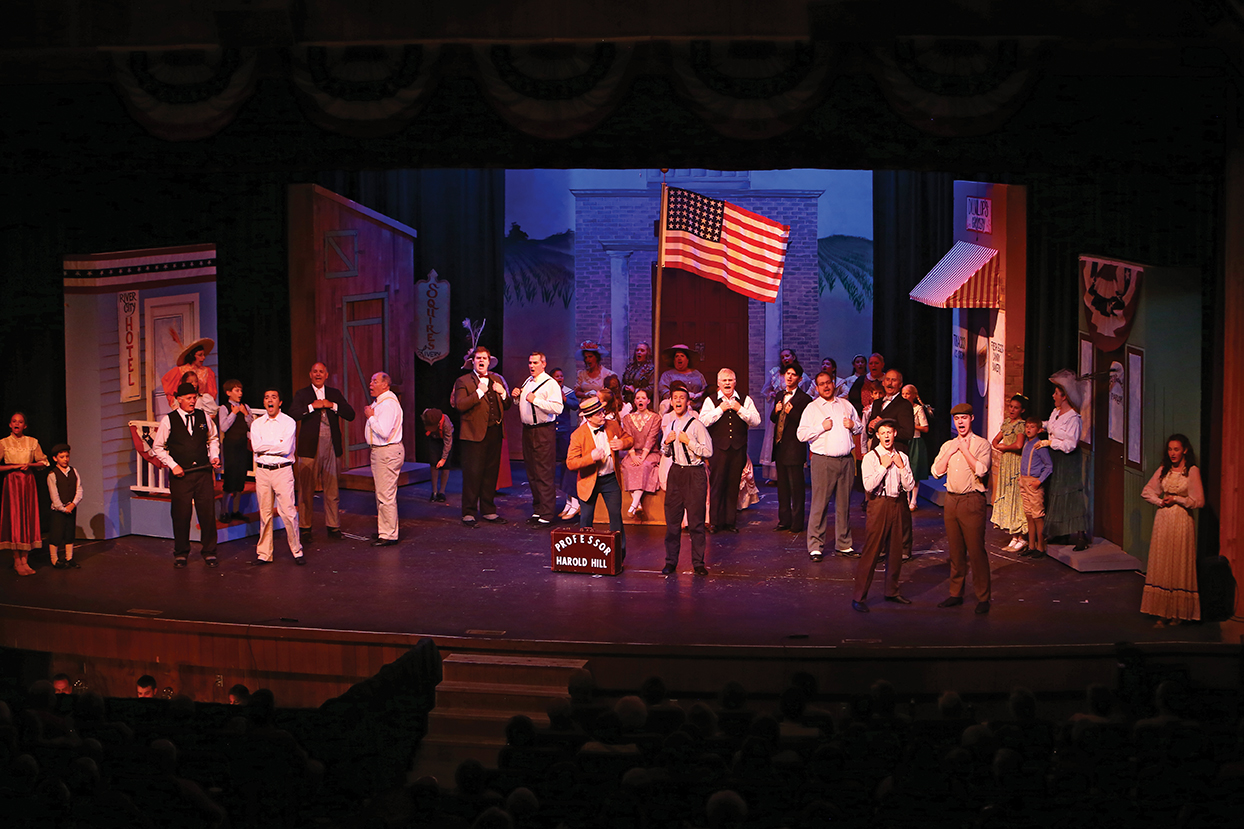 While many performing arts organizations take an extended break during the summer months, a number of Lincoln theatres ‘heat up’ with a full and varied line up of activities and productions. From youth camps and family-friendly performances under the stars to Shakespeare in the park and a world premiere staging of original scripts, there is something for every age and interest amid Lincoln’s theatres.

The Angels Theatre Company, formed in 1992 over a cup of coffee at The Mill Coffee Shop by three experienced teaching artists with the Arts Are Basic program, devotes its time to nurturing new works and new theatre artists. To this end, the Angels Playwriting Collective was created to foster playwrights in their development of new work from inception to production. At the end of a 12-month calendar of activities, the First Flight Festival provides Collective members an opportunity to see their work staged. For a listing of the 2017 play titles, many of which are still being written, and the performance venue, telephone 402-474-2206, e-mail: info@angelscompany.org or visit www.angelscompany.org.

Community Players, Inc. located at 412 Ella Street in Beatrice, was launched in 1975 and presents a varied season of six productions as well as an annual holiday production and educational outreach programs.  Finishing up the 2016-2017 season Community Players presents Drowsy Chaperone, a parody of 1920s American musical comedy, June 9-11 and 16-18. Following the musical, Stars of Summer, a summer theatre program for students ages 8 to 15 stages a production in late July. Phone 402-228-1801 for more information, e-mail: info@beatricecommunityplayers.com or connect with their website at www.beatricecommunityplayers.com.

Established in 2001, Flatwater Shakespeare is one of the region’s premiere presenters of classic theater. Originally staged in the summer and early autumn at The Swan at WYUKA, a four-year historic restoration project to the venue in 2010 required Flatwater to perform elsewhere. Turning a potential venue crisis into an opportunity, Flatwater initiated a wildly successful touring project, Flatwater Free Shakespeare, presenting productions free of charge in neighborhood parks and community spaces throughout Lincoln. Audiences eagerly anticipate which of Shakespeare’s canon will be presented next. Following each summer production, actors ranging in age from 8–18 years are provided the opportunity to perform in the same work. For locations and titles, phone 402-473-2897, e-mail: flatwatershakespearecompany@gmail.com or visit the website: www.flatwatershakespearecompany.org.

The Haymarket Theatre, originally created to provide opportunities for youth, now stages productions for all ages. At the heart of their summer fare, though, remains youth spending summers creating in a variety of camps and classes that ultimately result in productions which are open not only to their parents, but also to the general public. “Every performance by the Nebraska Youth Theatre represents a lot of individual creativity, hard work and bravery from every member of this cast,” explained the director. Scholarships are available to participants through the “Fred Stuart Scholarship Fund.” Stuart founded The Haymarket Theatre and was its Executive/Artistic Director for seven years. The Theatre is located at 803 Q Street in Lincoln’s Haymarket. Contact the theatre for more information at 402-477-2600, by emailing info@haymarkettheatre.org or visiting www.haymarkettheatre.org.

Since 1947 when The Circlet Theatre merged with the Lincoln Community Theatre, the Lincoln Community Playhouse has provided opportunities for theatre artists of all ages and talents to express their creativity. Following the final production of the season, Ragtime, May 5-7 and 11-14, LCP will focus on its Penguin Project Production High School Musical, JR. on stage June 9-11 and 16-17. The Penguin Project partners youth artists with special needs with peer mentors.

The Playhouse explains, ‘The Penguin Project®’ was conceived by Dr. Andrew Morgan…The origin of the name “Penguin Project” comes from the unique characteristics of penguins. They are extremely playful and curious, and work well together. More importantly, they have a “disability” that distinguishes them from other birds—they can’t fly!! … Like our young artists, penguins have adapted to the challenges of their environment, and have not allowed their unique difference to interfere with their lives. Lincoln Community Playhouse was the first community theatre outside of Illinois to partner with The Penguin Project to produce a production. The Playhouse is located at 2500 S. 56th Street. Tickets and additional information may be obtained by calling 402-489-7529 or at the website www.lincolnplayhouse.com. E-mail: info@lincolnplayhouse.com for details about the 2017 Penguin Project.

The Lofte Community Theatre, located 30 miles east of Lincoln, will offer a season of new and old classics for 2017.  In June you can meet The Man Who Came to Dinner by Moss Hart and George S. Kaufman.  Find your grail in July and August with Monty Python’s Spamalot, and September offers the suspenseful Wait Until Dark by Frederick Knott. The theatre, performing in a renovated barn from the 1970s to 2006 when a new post-and-beam style performing arts facility was constructed, is located at 15841 Manley Rd., Manley Phone: 402-234-2553, E-mail: LofteTickets@Lofte.com, Website: www.lofte.com.

For theatre under the stars head to Pinewood Bowl, Inc. for its 2017 production of The Little Mermaid July 13-16 and 20-23 at 8 pm. Since 1949, Pioneers Park at 3201 South Coddington Avenue in Lincoln has been home to the most recognizable titles in musical theatre. Created by and for the families of Lincoln and surrounding area, Pinewood Bowl has produced everything from the Pirates of Penzance to Seussical. Pinewood Bowl is the only ‘bring-your-own-dinner’ theatre in Lincoln. You may want a blanket and a lawn chair as well. Advanced tickets are available at Russ’s Market stores beginning in June. For more information, go to their website: www.pinewoodbowl.org.

Just 20 miles south of Lincoln, Hickman’s The Stage Theater is the youngest organization on the list of summer theatres. Founded in 2013, The Stage produces family classics and musicals as well as a STAGE Theater Academy for Youth Summer Camp with a resulting performance as well as summer show. The theater, which was a flooring store among other things over the years, was renovated by the company into an intimate 125-seat mainstage. It is located at 225 Locust Street in Hickman. For an updated listing phone 402-512-1808, e-mail: thestagetheater@gmail.com or go to the website: wwwerhestagetheater.com.

The TADA Theatre is in its 16th season with its 88th consecutive sellout following an August 2016 production of Beehive! More great shows are on tap including audience favorites Young Frankenstein the musical, The Wickedly Sensational Songs from Oz, the Lincoln premiere of Thank You for Being a Friend: The Golden Girls Musical and The Last Five Years! The intimate 55-seat TADA Theatre is located in the historic Creamery Building at 701 P Street in Lincoln’s Haymarket. Dates and tickets are available by calling 402-438-TADA (8232), email showinfo@tadaproductions.info or via the website: www.tadaproductions.info.

For more information about all these theatres, go to the Lincoln Theatre Alliance website at: lincolntheatrealliance.org.