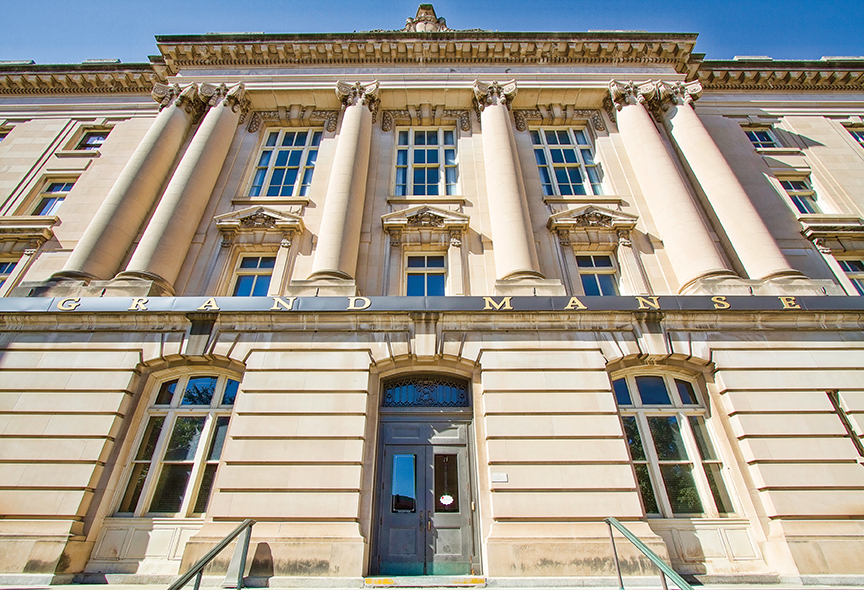 Do you prefer walking or biking to sitting in traffic? Like heading to the Haymarket for the Farmer’s Market or coffee on Saturdays? Maybe you enjoy taking a stroll to nearby restaurant for dinner and music.

Sound like you? If so, you are not alone. Living in Downtown Lincoln is the top choice for many students and young professionals.

According to the Downtown Lincoln Association, the number of residents who live in downtown has shot up to 3000, a boost from the 1200 in 2010. That 140 percent increase is mostly due the increase in housing geared toward college students.

Todd Ogden, deputy director of the Downtown Lincoln Association attributes the increase in downtown living to a trend.

“Twenty to 30 years ago, Generation X retreated to the suburbs,” he said. “But, the trend is for millenials to look to urban living. There is more excitement and vibrancy in the downtown.”

That vibrancy is because of an increase in entertainment, businesses and restaurants, especially in the West Haymarket.

Hudl, a sports video software company, is building a new headquarters building in the west Haymarket. On track for a fall 2017 move-in, it will host all of Hudl’s Lincoln-based employees, as well as some Nelnet employees who work on software. The first floor of the building will have retail and service tenants.

The Pinnacle Bank Arena, center of entertainment in the downtown, is home to UNL basketball games, concerts, and a host of other events. The arena has spurred the demand for more dining and entertainment establishments.

Attracting crowds on most weekends is the Railyard on Canopy Street with its open courtyard. Music festivals and tailgate parties are among the popular events, as well as watch parties on the Cube, the Railyard’s mega screen. In the winter, the Railyard courtyard converts an ice skating rink that is open to the public seven days a week.

The expansion of the University has also contributed to the increase in students living downtown. The university transitioned into the Big Ten in the fall of 2011 and by 2014, UNL’s enrollment had passed the 25,000 mark. Living downtown is attractive to students because they are “not exactly on campus, but close to the action,” Ogden said.

The demand for more housing close to both the University and the downtown has spurred the building of new apartments that cater to college students.

Latitude, at 235 S. 11th St., is just one of the latest developments catering to the demand for student apartments in downtown. Latitude offers students upscale furnished housing with lots of amenities such as a deck with a JumboTron, pool and hot tub; fitness center; sauna, massage room and tanning beds; bike parking and storage; game room, business and study center; and a parking garage.

The Parkhaus, at 250 N. 13th St., offers 52 multi-bedroom suites designed for students. Inspired by Scandinavian design, they are embellished with modern cabinets, countertops and kitchen furnishings. The Parhaus is convenient to campus and offers expansive views of downtown Lincoln.

8 End Lofts at 811 N Street has modern student lofts with amenities such as Sky Deck, fitness center and game room. A private shuttle is available to campus, grocery store or Husker games. A shuttle is also available for students who park in the West O parking lot.

A big plus for many who work downtown is the convenience of walking and biking to school and work. And the new N-Street bikeway makes it even better. New in 2015, it is Nebraska’s first protected bikeway, offering a dedicated two-way bike lane.

The bikeway connects to the Billy Wolfe trail on the east and to the Jamaica North on the west. Bicyclists can travel through downtown and stay entirely on the bike lanes. The new bikeway not only makes it safer for bikers, it is an asset for employers in downtown seeking to recruit employees to work downtown.

A bike share program is in the works and will offer 15 bike stations across Lincoln, mainly downtown. Bike sharing offers people the opportunity to make trips that are too long to walk, but too short to drive. Bike share plans to be in place in Lincoln by spring of 2017.

That’s good news for students and young professionals who are finding Downtown Lincoln a preferred place to live.

Elise Holly is among young professionals who choose to live downtown. Holly, who lives in the Grainger Building in the Haymarket, said she graduated from the University of Nebraska-Lincoln in 2015 and decided to live at least two years in downtown.

“I wanted something affordable and still have easy access to entertainment,” she said. Holly likes that she is walking distance to events and meeting up with friends. She said she is right in the middle of everything—restaurants, events, First Fridays and music. “If you are social and like to go downtown, it’s a great place to be.”

With other residential projects in the works, there may be no end to the growth. The Downtown Lincoln Association predicts a 243% increase in housing units over the next four years.

Check the Downtown Lincoln Association website for more details about living in downtown at http://www.downtownlincoln.org.