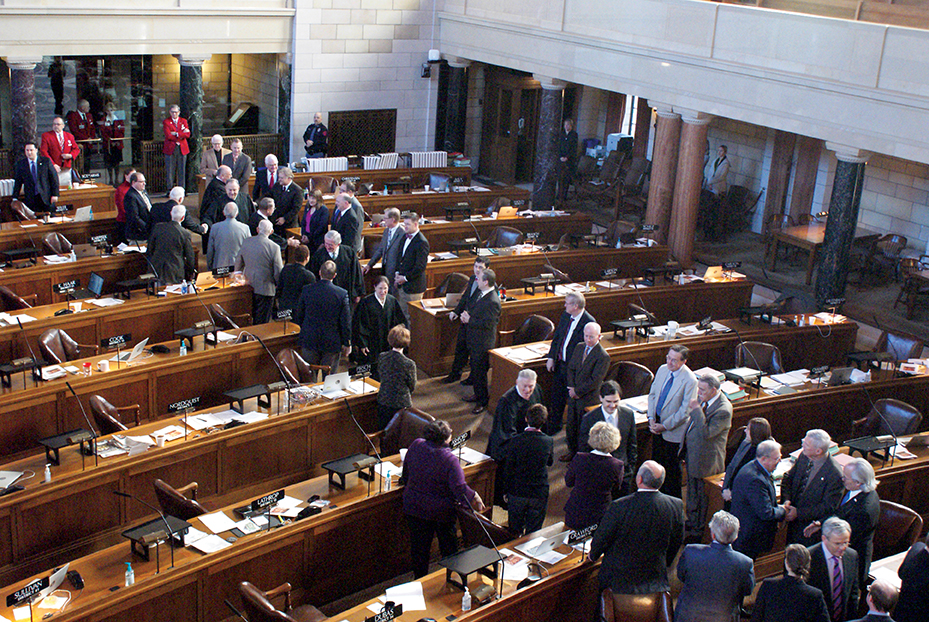 Nebraska’s one house legislature—still serving the citizens of the state, and serving them well.

Nebraska’s Unicameral has the distinction of being the only one-house legislature in the nation. But it wasn’t always that way.

George Norris’s great experiment is so well entrenched that Nebraskans simply take it for granted. Although elsewhere, few students of politics pay much attention to it. No other state has seriously considered adopting it. But the Unicameral is interesting, and it deserves a closer look.

The Unicameral opened for business in 1937 and since then, members have been required to check their partisan affiliations at the door.

“If you are new, it’s easier for parties to have influence, but it’s not official,” Berens said. “In Nebraska, there is a shift in legislators because of other factors, such as the change in rural and urban areas.”

Senator Kathy Campbell said Nebraskans take the Unicameral for granted. In other states, not every bill gets a public hearing.

But in the Unicameral, the bill is introduced, there is a public hearing, debates, and final reading. “For any citizen, it’s an open system. They can watch the process play out online or on television. We have wonderful public television,” Campbell said. “People do not appreciate the transparency and openness of our system.”

The State Planning Committee of nine members is charged with identifying the long-term issues and themes facing the state. Then the legislature sets up a task force. For example, Senator Mello and Senator Campbell worked to introduce the Intergenerational Poverty Task Force within the Legislature. The task force provides data and recommendations on ways to break the cycle of poverty in Nebraska.

Senator Campbell said the one-house legislature is still serving the state well. She said the legislators weave the bills to suit the constituents, not the party.

Some senators maintain web pages where they share information about their bills, the progress of the Legislature and other news relevant to their district. Readers can subscribe to their individual RSS feeds to receive the most up-to-date news. A tool to help identify your senator can be found at: http://nebraskalegislature.gov/senators/senator_find.php/.

Nebraska Educational Telecommunications (NET) provides live coverage of legislative floor activity and public committee hearings held at the Capitol. These can be viewed as a video stream from
http://www.netnebraska.org/capitol/. For technical assistance with the video stream, contact NET at (800) 698-3426.