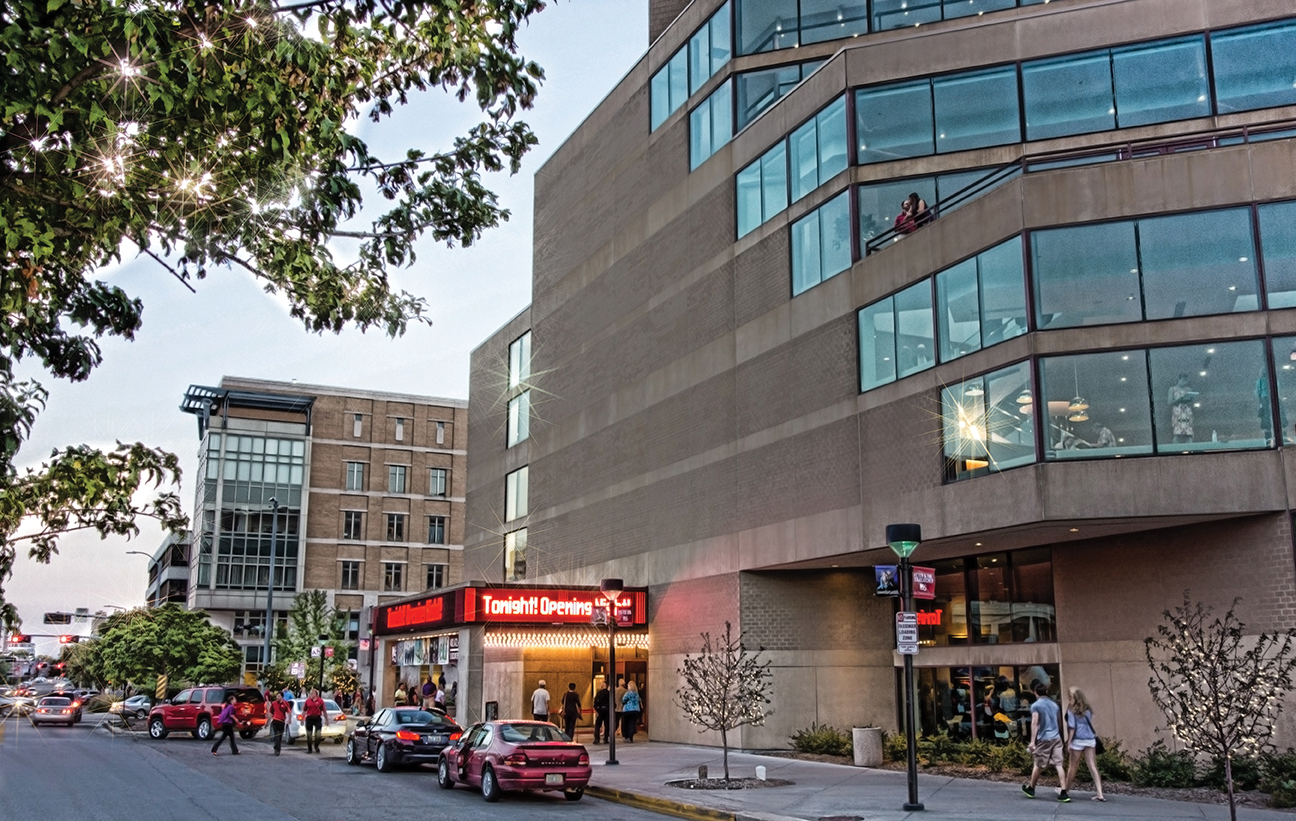 WITH A SEASON OF  Marquee Artists

The Lied Center for Performing Arts celebrates its 25th anniversary season with one of the greatest line-ups of world-class artists in Nebraska performing arts history. With marquee artists in every art form, highlights include performances by the Chicago Symphony Orchestra, Yo-Yo Ma, Alvin Ailey American Dance Theater, Joshua Bell, the Chieftains and Broadway’s Anything Goes. Call the Lied Center Ticket Office at 402.472.4747 for more information, or visit LiedCenter.org.

GRAMMY®-winner Kurt Elling is among the world’s foremost jazz vocalists with a rich baritone voice, astonishing technical mastery and emotional depth. Called “the standout male vocalist of our time” by the New York Times, Elling is the ultimate modern day crooner making his debut on the Lied Center stage Nov. 20.

The Glenn Miller Orchestra brings timeless classics like “Tuxedo Junction,” “Moonlight Serenade” and “Chattanooga Choo Choo” back to the stage on March 28. Widely regarded as the most popular big band in the world, Glenn Miller’s 17-piece ensemble will round out the Lied Center’s program of outstanding jazz artists.

On Jan. 23 and 24 one of the greatest musicals in theater history, Cole Porter’s Anything Goes comes to life on the Lied stage. Among the most celebrated Broadway shows of all time, Anything Goes recently received three Tony Awards® including Best Musical Revival and Best Choreography. Direct from Broadway, Nice Work If You Can Get It bursts onto the Lied stage on Feb. 18-19 with girls, glamour and glorious Gershwin songs including “S’Wonderful,” “I’ve Got a Crush On You” and “Someone to Watch Over Me.”

One of the most popular Broadway shows to ever make its way to the Lied Center stage, STOMP returns to Lincoln on March 6 and 7. STOMP is an explosive, witty, inventive, provocative and utterly unique percussion experience for audiences of all ages. The Lied Center’s Broadway schedule closes with the Tony Award®-winning Million Dollar Quartet on April 10. This electrifying true story captures the famed recording session where Elvis Presley, Johnny Cash, Jerry Lee Lewis and Carl Perkins came together for the first and only time. Timeless hits include “Blue Suede Shows,” “Great Balls of Fire” and “I Walk the Line.”

Classical music’s most distinguished artist and the winner of 15 GRAMMY® Awards, cellist Yo-Yo Ma returns to Lincoln to celebrate the Lied’s 25th anniversary on Dec. 4. Ma’s incredible solo performances have captivated international audiences around the world for decades.

Continuing its tradition of presenting the finest orchestras in the world, the Lied Center will welcome the Chicago Symphony Orchestra on Feb. 6. Hailed as the top American orchestra by international music authority Gramophone Magazine, attendees will experience the majesty of Beethoven’s iconic Fifth Symphony with a performance showcasing leading baritone soloist Matthias Goerne in the Chicago Symphony Orchestra’s Nebraska debut, one of the biggest events of the Lied Center’s 25th season.

Classical music superstar Joshua Bell has been a featured soloist with almost every major orchestra in the world and on March 13, Bell will perform on the Lied stage with the same verve and virtuosity that earned him critical acclaim since his debut at Carnegie Hall at age 17. A GRAMMY® Award-winner and the solo violinist on the Oscar®-winning film The Red Violin, Bell is the most celebrated American violinist of the modern era.

On Feb. 26 the world’s top sketch and improv comedy troupe, The Second City, returns to the Lied Center stage. This hilarious cast of comedians joins a long line of former Second City performers who have gone on to superstar status including John Belushi, Bill Murray, Steve Carell, Tina Fey and Stephen Colbert.

Universally hailed as one of the most popular rock acts in the world, Foreigner takes the Lied Center stage on Nov. 14. With ten multi-platinum albums, Foreigner is responsible for some of rock and roll’s most enduring anthems including “Juke Box Hero,” “Feels Like the First Time” and “I Want to Know What Love Is.”

On Jan. 15, Latin-jazz drummer Poncho Sanchez & His Latin Jazz Band return to the Lied Center. For more than three decades, GRAMMY® Award-winning percussionist Poncho Sanchez has stirred up a fiery stew of straight-ahead jazz, gritty soul music and infectious melodies and rhythms from a variety of Latin and South American sources. Just in time for St. Patrick’s Day, The Chieftains will appear on the Lied stage for the final world music performance of the season on March 14. Winners of six GRAMMY® Awards, The Chieftains are undoubtedly the best known traditional Irish band in the world.

The Lied Center hosts another incredible roster of dance performances from some of the world’s most influential companies. On Feb. 3, Diavolo will push the boundaries of dance with explosive choreography and colossal set pieces. Artistic Director Jacques Heim of Cirque du Soleil’s KÀ cleverly mixes acrobatics and architectural engineering into a thrilling and gravity-defying performance.

Perhaps the most famous modern dance company in the world, Alvin Ailey American Dance Theater returns to the Lied Center for a stunning and unforgettable performance April 7. Over the years, Ailey has performed for over 25 million people at theaters in 48 states and 71 countries on six continents. Summed up by the New York Times as “fierce,” Ailey is known for its unparalleled artistry, incredible athletic strength and boundless passion on stage.

The magic and wonder of Mummenschanz returns to America with a program that showcases incredible humor, versatility and pure imagination on March 18. Mummenschanz has been praised by critics all over the world including the Los Angeles Times who commended the fantastical production for its “dazzling and delightful witty madness.”

Two-time Parents’ Choice Award-winners the Okee Dokee Brothers round out the family programming schedule of events on April 2 with music to inspire children and their parents to get outside and experience nature.