What it means to be a Husker Woman 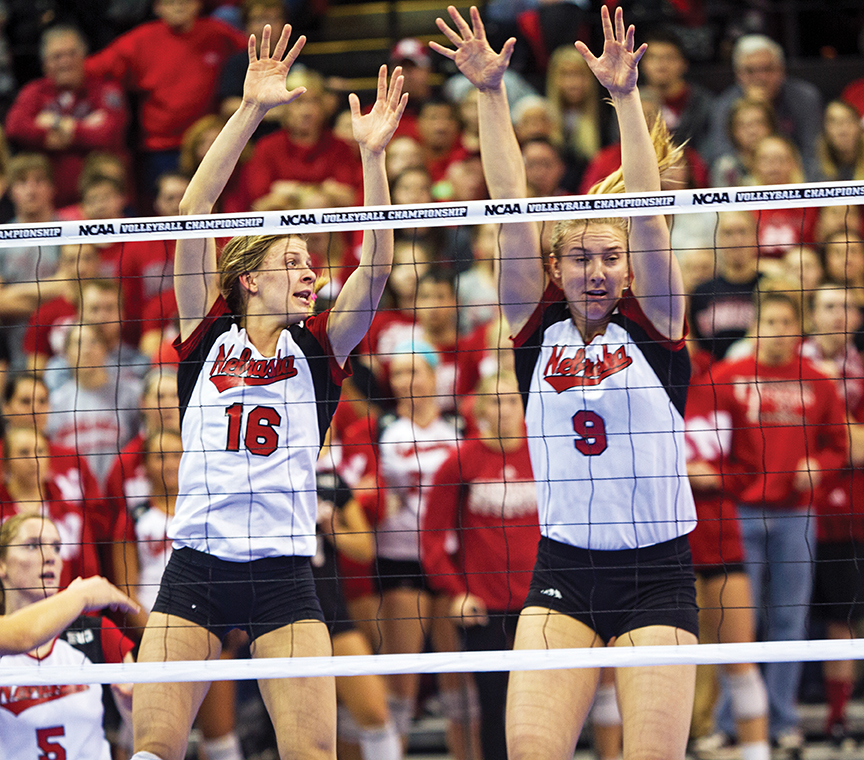 An athlete is usually defined as someone with exceptional physical strength, agility, or stamina. This might define most athletes, but it doesn’t tell what it truly means to be an athlete for the University of Nebraska-Lincoln (UNL). Nebraska athletes are expected to give 100 percent at all times, in all things, both on and off the field. In competition, in the classroom or in the community, a Husker athlete goes above and beyond. A Cornhusker shows exceptional strength, agility and stamina in all that they do. And that’s been my experience during my four years on the UNL women’s soccer team. I love being a part of Nebraska athletics and I am honored that I was given the privilege to represent the University and Lincoln.

While the title is now something I am proud to hold, I’d be lying if I said I’ve always wanted to be a Husker athlete. I grew up in Missouri and for three summers I went to the University of Missouri soccer camp. I thought I’d eventually attend college at Mizzou. But the weekend of January 5, 2009 changed the course of my athletic career, and my life. It was my first trip to Nebraska and honestly, I thought it would be my last. My mother and I flew late into Omaha. The weather was bitterly cold. Snow and ice covered the highways and made the trip to Lincoln nearly impossible. Trucks had skidded off the road and some into the ditch. Off-ramps and on-ramps were closed. We had never seen such a thing. But I kept encouraging my mom to drive on, while she kept saying, “This is not the place for you.” I co-signed that and said, “No, I am not going to school here.” We were wrong.

After many other university tours, I chose Nebraska. I chose to be a Cornhusker. Being a Husker is more than wearing the scarlet and cream colors. A Nebraska athlete is someone who cares about academics, the community, the history and traditions that make this city a such a great place to live. When asked why I decided to attend Nebraska, I said, “I chose Nebraska because when I visited the campus the coaching staff, players and really everyone that I came in contact with were so kind and welcoming. It was just a feeling I experienced. It hit me like ‘This is it. This is where I’m supposed to be.’”

The women’s teams at UNL are rich with tradition and history. With 13 NCAA Division 1 women’s teams, the female student-athletes have claimed a total of 12 national titles and numerous conference championships. The women’s volleyball team holds four NCAA records including most consecutive sellouts in a women’s sport. The program also has had more combined AVCA 1st and 2nd team All-Americans than any other school with a total of 69. In 2008, AVCA Kathy DeBoer described Nebraska as “the epicenter of volleyball fandom.” Husker women’s volleyball is second only to Stanford in all-time NCAA Tournament wins, all-time NCAA Tournament winning percentage, number of NCAA National Semifinal (Final Four) appearances, and in the number of NCAA National Championships won.

Another impressive force is the women’s gymnastics team. Since its formation in 1976, the program has produced 23 conference championships and over 20 appearances in the NCAA tournament. When asked about her experience as a Nebraska gymnast, Senior and Lincoln native Jamie Schleppenbach said, “Being a gymnast at UNL was the most rewarding and memorable experience of my life so far. Being a part of a team that works every single day toward a common goal taught me a lot about life and what it means to be fully committed and compelled to succeed. The experience taught me so many skills that are applicable throughout life, even way after my years of being a student-athlete are over, and that’s what I’m most grateful for. The coaches, team mates, and friends that I met along my journey will be a part of my family forever, and that’s the main reason being a student-athlete at UNL is such a rewarding and fulfilling experience.”

On spring days, softball fans can travel to Haymarket Park and watch as the Huskers take on opponents in Bowlin Stadium. As reigning 2014 Big Ten champions, the team has a lot to live up to, but they are embracing the pressure. Outfielder and sophomore KiKi Stokes says that part of preparing for the seasons is turning “have to’s into get to’s.” She stated, “As an athlete for Nebraska, everything is a ‘get to.’ We get to lift weights. We get to do conditioning; we get to represent an amazing program.” Members of Lady Huskers sports look at their opportunities and their time spent here as blessings. I am no exception to this sentiment.

Being 2013 Big Ten soccer tournament and conference champions was the icing on the cake for me during my final year at UNL. Throughout my time as a Husker, I have learned so many lessons and had so many amazing experiences. I’ve loved my time as a University of Nebraska women’s soccer player. Stepping out onto that field and having my name announced while family, friends, students, and fans cheered me on and wished me well was euphoric. There truly is no place like Nebraska, and there is no place better to be a woman athlete.

Maritza Hayes, a Big Ten scholar athlete at UNL, was a member of the UNL Soccer team for four years. She is a 2014 graduate of the College of Journalism and Mass Communication.