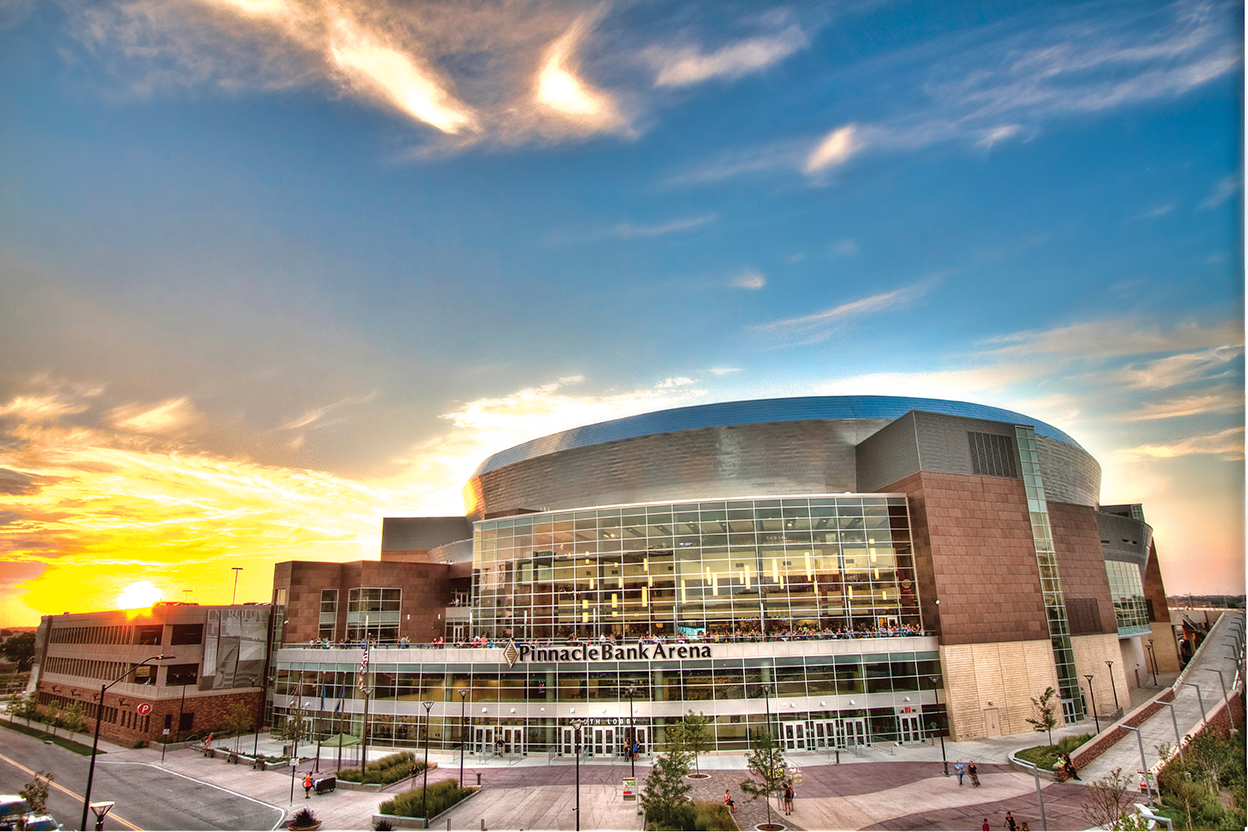 Ever since the vote for the arena, Lincoln has taken a step forward.

The Pinnacle Bank Arena is the hub of activity in the West Haymarket in downtown Lincoln. The arena hosted 16 major concerts in its first year, headlining big-name artists such as Pink, The Eagles and Elton John. And the public responded by packing the house for many of the concerts.

Set in the West Haymarket near the Railyard, the arena is now surrounded by new hotels, restaurants and bars. The West Haymarket has taken on its own culture. Locals and tourists can be seen strolling near the arena, taking photos and socializing.

Tom Lorenz, general manager of the Arena, said the first concert, Michael Bublé, was a big success and other concerts followed suit.  Lorenz said the Arena’s success in its first year can be attributed to two things: strong support from the public and the fact that it was the Arena’s first year.

But other artists were popular with fans, such as James Taylor, Jason Aldean, Michael Bublé, and Michael Jackson Cirque du Soleil.

The arena is a hit with fans and artists alike. Pam Edwards’ first concert at the arena was Cher-Dressed to Kill. “The arena seemed enormous,” Edwards said. “Cher is known for being flamboyant, and the set, lights and costumes were everything I’d hoped to see.” Edwards said the spacious walk-up area made an excellent gathering place. “You felt like you were in your own little community and we could mill around and watch people.”

Lorenz said the artists like the sound in the arena, and the interaction with the Lincoln audiences.

“Each venue has its own character,” he said, “and Lincoln has a strong vibe.”

The arena is also a favorite of the production crew and marketing crew as well as artists, Lorenz said. “The Pinnacle Bank Arena is considered a B-market, but it is responding as an A-market. The vendors, merchandisers and VIP packages make it a good venue for artists,” he said.

The Pinnacle Bank Arena was designed for basketball, but it is a flexible venue that can be configured for concerts, conferences, and family shows. The arena is home to the University of Nebraska Cornhuskers men’s and women’s basketball teams. The arena seats almost 16,000. Fans can watch the games with good sight lines and highly-visible center-hung video screens. The new venue appeals to players as well as fans. The players like the lighting and the close, but comfortable seating, Lorenz said.

The Pinnacle Bank Arena hosted 77 basketball games during its first season. The men’s games averaged a school-record 15,149 fans last season, ranking No. 13 in the nation. The per-game average increase of 5,067 fans from the previous season was the largest by a Division I men’s program since 2006-07. And Husker men’s basketball season tickets are sold out for the 2014-15 season. “With Tim Miles as coach of the men’s team, and Connie Yori as coach of the women’s team, and a new venue, the basketball season all comes together,” Lorenz said.

But the Arena is much more than sports and concerts. It is an entertainment, civic, social and educational center. The New Year’s Eve celebration, Mother’s Day, BeerFest, and Chocolate Lover’s Festival were all popular activities. It is also the site for conferences and job fairs.

The Festival Space, located north of the arena, hosted the Mustang Club of America National Mustang Car Show and Ribfest.

Lorenz said the arena is for the public and families, so it offers some low-priced and free events, such as the watch parties. The 2014 watch parties were well-attended and included Sharknado II, the World Cup and several football games. “ They make great family outings, and they are free,” Lorenz said. “It’s like a drive-in movie without the cars.”

Along with the existing Holiday Inn, the Haymarket area now has three new hotels to accommodate visitors: Hiatt Place, Hilton Gardens, and Courtyard by Marriott.

Strolling along the area, one can see new restaurants that have popped up in the area to suit a plethora of tastes. And for anyone who desires Haymarket living, several new residences have been created, such as the Canopy Lofts and Hobson Place.

The Pinnacle Bank Arena and Lincoln look toward a bright future.

For more information about the Pinnacle Bank Arena, visit the website at http://www.pinnaclebankarena.com/.