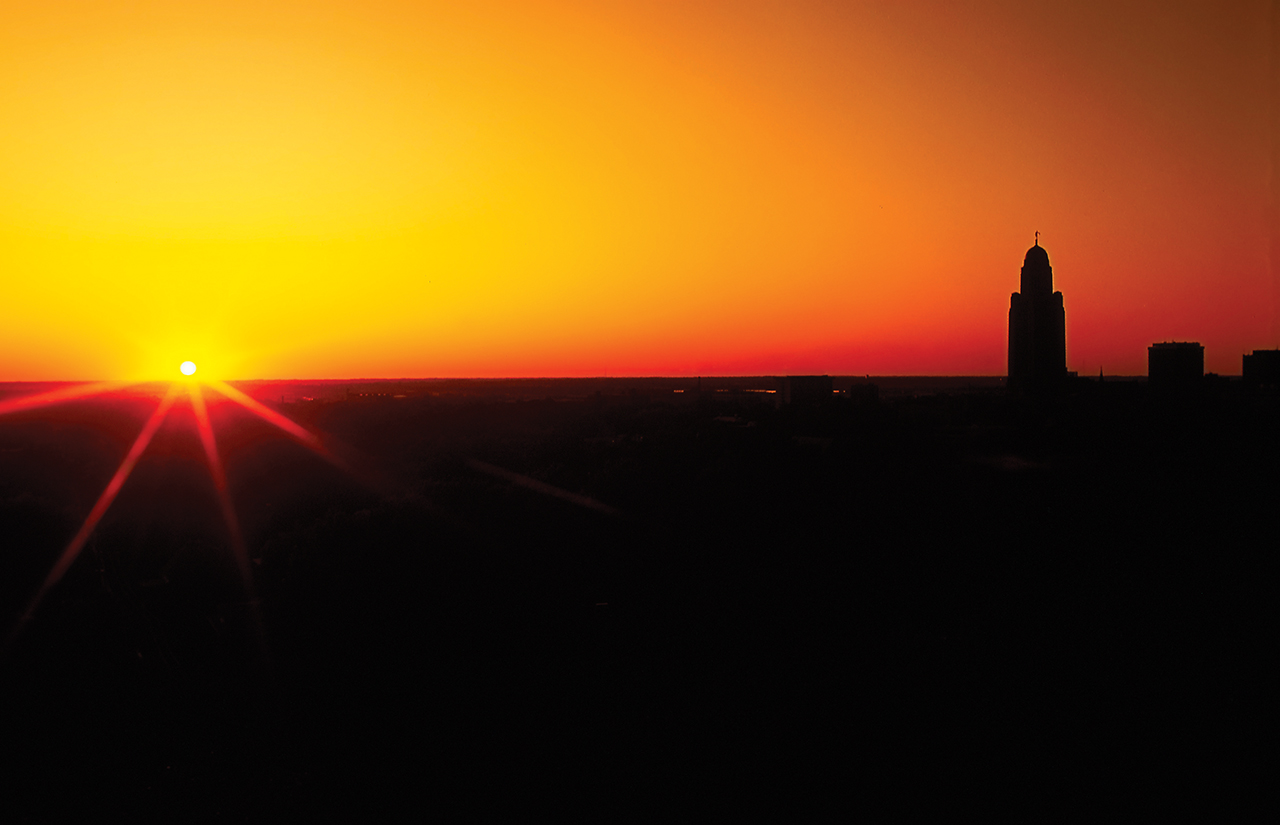 A recent Gallup poll stated that the city with the best ‘well-being in all of America’ is Lincoln, Nebraska. We scored a whopping 72.8 on Gallup’s well-being index for quality of life! Naturally, we in Lincoln are proud of many endearing attributes and our rating seems to reflect that fact.

Located in America’s heartland, Lincoln is big enough to offer the exhilarating qualities of a larger city, but not big enough to forfeit the peace and security of a smaller town. Being a Midwestern college town, Lincoln uniquely blends friendly, safe neighborhoods, robust business centers, bustling shopping malls, great entertainment for all ages and well-rounded activities for all kinds of interests… some of the reasons why people here are so happy.

Identified by American Institute for Economic Research (2012) as the sixth best city in the U.S. for college students (among cities with 250,000–1,000,000 residents), Lincoln also caters to the young at heart and family-oriented folks. In 2010, Parents magazine named Lincoln the third best city in the US for babies and the Lincoln Public Schools were ranked second in quality of education in an eight-state Midwest area. Lincoln also maintains the fourth highest percentage of graduating high school seniors in the nation.

The economy is solid in Lincoln. Forbes Magazine rated Lincoln as the seventh best place in the US for business and careers. It is no surprise that Lincoln’s tax burden is so low. Quality services and a 3.8 percent unemployment rate also contribute to our quality of life.

Recently, Expansion Management magazine wrote that Lincoln was one of the ‘Best Places in the U.S. to Locate a Company.’ One of the reasons is the low cost of health care, where Lincoln is among the lowest in the nation. According to a study by Milliman & Robertson, Inc., Nebraska businesses pay among the lowest in employee-paid insurance. Lincoln also champions herself as a fiscally conservative capital of a State that operates by law with no state debt.

Lincoln has been growing at an unprecedented rate. The new 179 million dollar, 16,000-seat concert venue, Pinnacle Bank Arena, was named one of the top five new performing arts venues in the world, attracting world class acts to the Star City, including Paul McCartney, the Eagles, Elton John and Katy Perry to mention only a few. The Lied Center for Performing Arts celebrates her 25th anniversary, bringing in quality performers like Wynton Marsalis, Yo Yo Ma and Broadway.

Recently, the city expanded the downtown area, including the new Railyard Development and the P Street District showcasing the amazing 57-foot Kaneko Glass Tower. The addition of 6,000 seats and 38 skyboxes to UNL’s Memorial Stadium has increased the capacity from 86,000 to 92,000 reflecting once again our support for Husker Football.

Lincoln features a great variety of fine dining choices with many new restaurants opening up recently. Whatever pleases your palate, Lincoln can accommodate.

Blessed with over 6,000 acres of parks, seven recreation centers, 125 neighborhood and mini-parks, 10 public pools and an abundance of superior golf courses, the quality of life in Lincoln is hard to beat. Each year about one million “treks” are experienced on Lincoln’s 128 miles of hiking and biking trails. Furthermore, excellent management by the Lincoln Parks and Recreation continues to prioritize and update outdoor public spaces and adventure opportunities in the city.

We agree with iconic Tom Osborne, UNL’s retired coach and Athletic Director, former U.S. Congressman and founder of TeamMates who recently said, “One reason I remained in Nebraska through 35 years of coaching and afterward has been the excellent quality of life that my family and I have enjoyed here. We like the people, the values and the attitudes of Nebraskans. It has been a real pleasure for us to live here for the majority of our lives.”