Nebraska Has a Bowling Team? 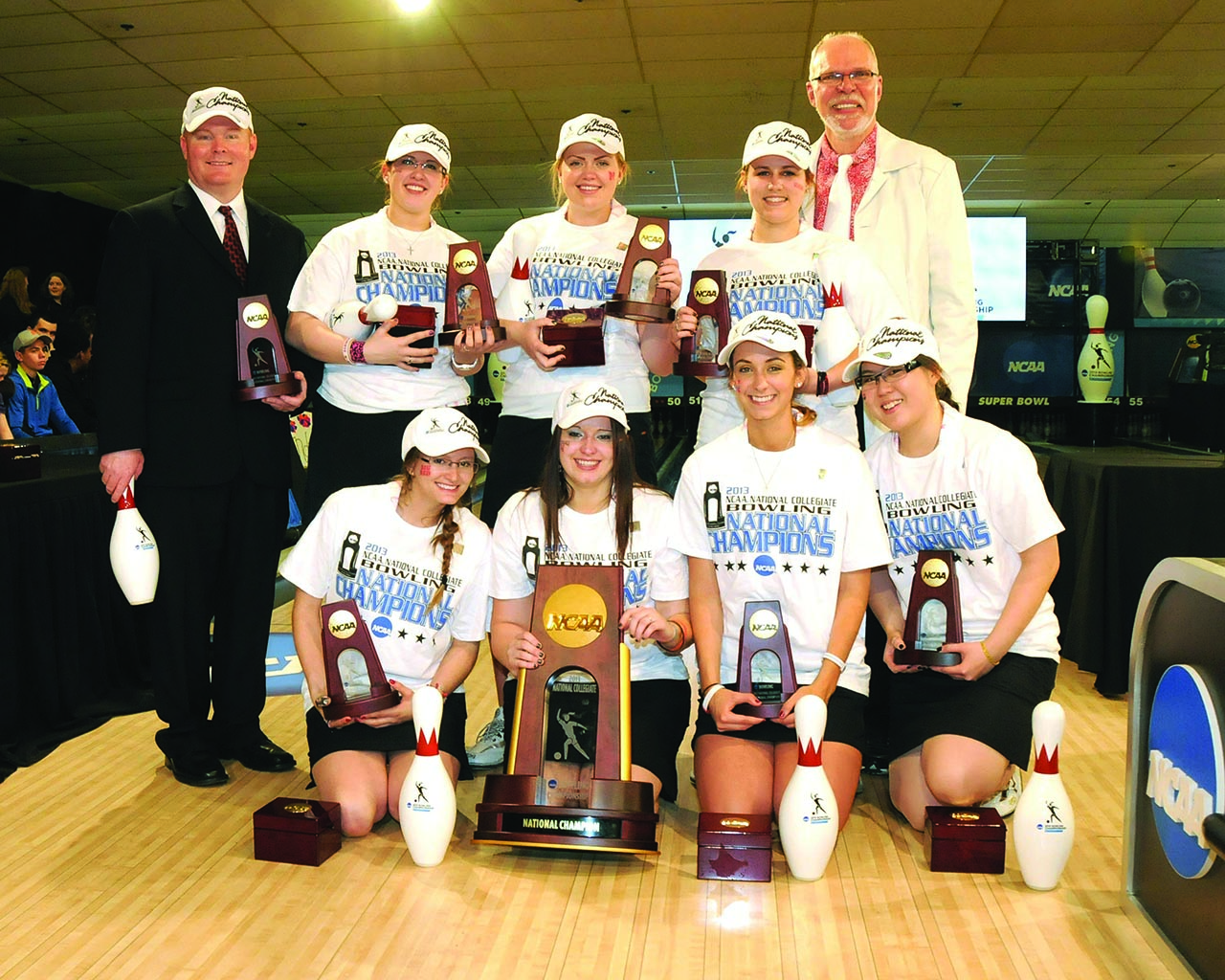 Had you any idea that the Nebraska heartland is home to America’s nine-time national champion bowling program? The team has been around for twenty-one years (17 years as a varsity sport) and in 2003, they joined the NCAA as one of Nebraska’s 24 Division I teams. The Huskers had their most recent NCAA victory last season when they triumphed over Vanderbilt University, 4.5 to 2.5, for the crown. They are incredibly prideful in their contribution to Nebraska’s 25 National Championship titles.

Bowling, similar to any other sport, is physically and mentally demanding. Pressure accompanies every shot at high stakes. We are both individual and team players. Different from other sports, we are in season for seven months of the school year. Every NCAA bowler looks forward to October 1st when the bowling season officially begins. Our first semester is predominantly spent perfecting our fundamentals and developing the freshmen. The second semester is a test of our discipline with a busy travel schedule leading to Nationals in mid-April. Within the season, we have seven tournaments ranging in distance from Kansas City to as far as Baltimore. Coach Straub elects five starters and a sub or two per tournament. We each travel with six bowling balls, a shoe bag, luggage, and one pro shop bag for the team. On a typical game weekend, we leave early Thursday morning for the airport and practice on the tournament pattern before dinner. Friday and Saturday consist of all day competition with various formats. Sunday, we bowl for the trophy in the morning to arrive home late that evening. Similar to any other athlete, we learn to balance practice, community outreach, weight lifting, classes, homework, campus involvement, and social time.

We practice six days a week at the six-lane house in UNL’s East Campus Union; one aspect that stands out above other facilities is our pins on strings. This always seems to make people laugh, but the system allows us to fix most pin troubles rather than having a mechanic on staff. After the 2009 championship, the alley was renovated to include a lounge and locker room to change before practice, hold team meetings, and study. Connected to the coaches’ offices is a pro shop where Coach Klempa drills, fills, and maintains our equipment. The walls of the center are plastered with trophies, plaques, and team pictures from years past. Alongside the lanes is a ball-drawer unit for our bowling balls.

NU’s Lanes and Games bowling alley is our home. Our faces line the walls for All-American, Bowler of the Year, and team photos. We spend a majority of the day there practicing, studying, and socializing. Forever, we will be a family. Each team member is a sister to the other, we look up to our alumni as mentors, and we inspire our recruits to crave being a part of the decorated dynasty we’ve created. Our team is made up of young women from all around the world. They choose to come so many miles to the middle of the flatland to be a part of our university and tradition.

The Legacy of Nebraska Bowling

Coach Straub has been the head coach for the entirety of varsity Nebraska Bowling’s existence. Coach Klempa joined him in 2001 as “co-chief.” With our coaching staff we have concluded seasons victoriously in 1991, 1995, 1997, 1999, 2001, 2004, 2005, 2009, and 2013. The best bowlers in the country have filed through our program, including 22 All-Americans for a combination of 47 awards and six National Collegiate Bowlers of the Year for a combination of eight awards. On the international scale, 10 Husker bowlers have qualified for their national teams.

It is not without incredible appreciation that we shine a spot light on our fans: students, parents, friends, and (of course) Husker Nation. Being involved in our community is important and our way of saying thanks. In any sport at Nebraska, through a roller coaster of a season, our fans are loyal. After last year’s championship, there was nothing more comforting than flying home on Sunday morning to be greeted with such excitement and celebration. There is no place like Nebraska; and, we’re calling out to Husker Nation. We challenge you to become louder. Ninety thousand plus people show up to watch football games, and high volumes for volleyball, basketball, and wrestling. Spread the word about our team, too. Go Big Red!