LES works to prepare for a plug-in future 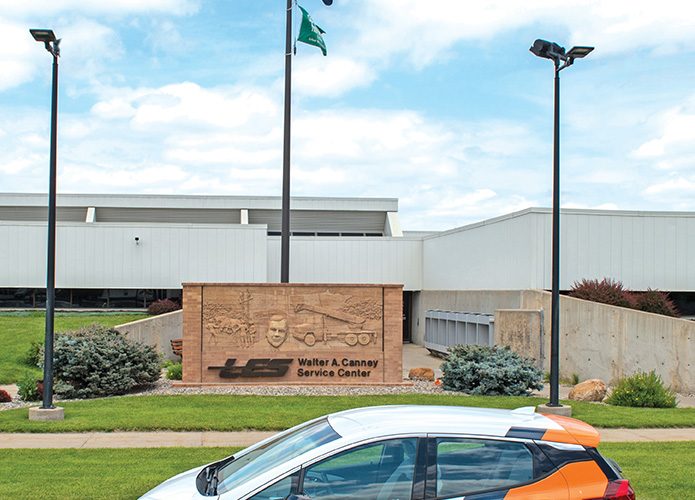 Lincoln Electric System has been the Lincoln area’s public power utility since it was founded in 1966. As a not-for-profit, customer-owned electric utility, LES is based on the idea of local people serving local people, earning the utility a reputation for safe, reliable and affordable electric service.

LES has maintained this reputation in no small part due to its ability to work with the community in planning for the future. Its two-year electric vehicle study, initiated in 2018, is a perfect example. As technology improved and consumption trends continued to shift, LES began to prepare for more electric vehicles on the road.

“While the number of plug-in vehicles in our community is still relatively small, we anticipate that we will begin to see an increasing number …,” said LES Energy Services Manager Marc Shkolnick. “Understanding the impact of electric vehicle charging will help guide system planning, identify potential system benefits and inform the development of customer programs.”

To learn more about how the vehicles could affect the community, LES embarked on the first-of-its-kind, two-year study in November 2018, focusing on charging behaviors and the associated effect on the local electric system. The study is funded, in part, by a $20,200 grant from Nebraska Environmental Trust and a $46,075 grant from the American Public Power Association’s Demonstration of Energy and Efficiency Development program.

In collaboration with the National Renewable Energy Laboratory and the University of Nebraska-Lincoln’s College of Engineering, the study is working to reveal when and where customers charge, when and how far they travel, and the energy consumed while both traveling and recharging.

“While limited plug-in electric vehicle evaluations have been conducted across the country, few if any have focused on an area like Lincoln,” said Chris Gearhart, transportation and hydrogen systems center director at the National Renewable Energy Laboratory. “Nebraska’s capital city and the surrounding areas are a snapshot of the Midwest—a midsized area that experiences the extremes of all four weather seasons. The high-quality charging and driving data collected through LES’ study will be greatly beneficial to the industry going forward.”

None of this would be possible without community support. The study relies on data collected from about 80 local volunteers who have agreed to participate in the two-year venture. FleetCarma, a leader in studying electric vehicle fleets, is helping by providing the data collection platform and making sure customer privacy is protected.

Throughout its history, LES has used community partnerships to learn how to better serve the Lincoln area. A few years ago, LES worked with the Electric Power Research Institute to conduct a local smart thermostat demand response pilot program with the goal of better understanding the experience of LES customers and the technical effects of remotely controlling thermostats. For a few hours during select, warm summer afternoons, customers allowed LES to make slight adjustments to their internet-connected thermostats, allowing for better management of the system’s peak demand. Lessons from this study translated into the LES Peak Rewards program launched in 2018.

“To date, we have more than 1,500 customers who have enrolled more than 1,700 internet-connected thermostats in Peak Rewards,” Shkolnick said. “The customer experience has been very positive and the impact on reducing our summer peak has exceeded expectations. That reduction would not be possible without the help of our program participants.”

LES relies on community studies like these to uphold the basic tenet of public power: providing safe, reliable and affordable electricity for the community. Projects like the two-year electric vehicle study are an important part of continuing to help improve life in Lincoln.

As part of the U.S. Department of Energy’s Electric Vehicle Test and Evaluation Program, LES tested several vehicles and received a certificate of appreciation in 1984 for its work. Researchers wanted to know how the vehicles could stand up to winter conditions and study what role they could play in the nation’s future transportation system.

Each vehicle had roughly 13 lead-acid batteries and an electric motor, with little else changed in
the conversion.

“It was just an engine swap,” Van Laningham said. “They took out the combustion motor, wired up the electric and did a few modifications to fit all the batteries. That’s it.”

Cars in the project included Dodge Omnis, Ford Fairmonts, a Mercury Lynx and a VW Rabbit.

“Beyond evaluating EVs from a customer standpoint, LES is also making great use of the vehicles on our own,” said Benson. “Seventy-one percent of LES’ passenger fleet is made up of hybrids, plug-in hybrids and all-electric vehicles,”

But the general public still knows relatively little about these vehicles, and what they do know may not be factual.

“In the same way LES informs the public about energy efficiency, we can serve as a reliable source of information for customers interested in the benefits of electric vehicles,” said Shkolnick.

As Lincoln’s public power utility, LES is focused on helping the Lincoln area prepare for a plug-in future.