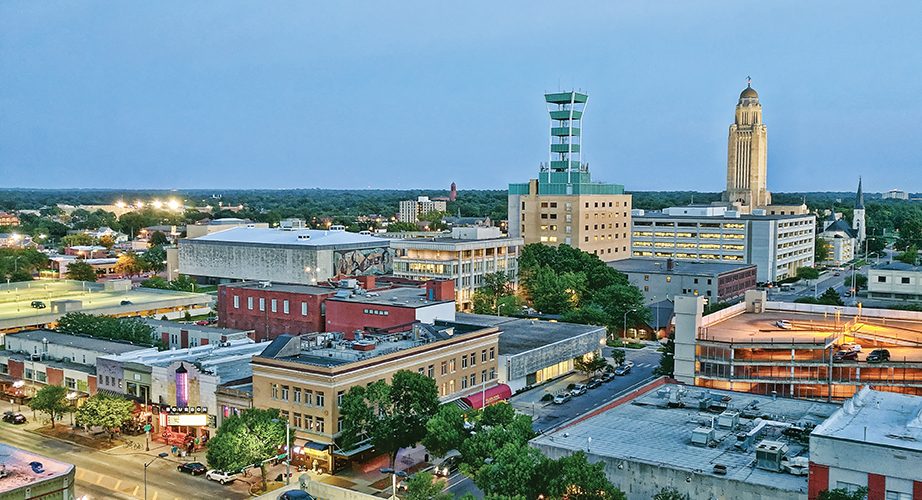 In 2018, the website Livability.com ranked the Lincoln-Omaha market as the number one up-and-coming hotspot for technology. The cities’ affordability and support of entrepreneurs and start-ups are helping to cement the area’s reputation as a hub of the silicon prairie.

Innovation in Lincoln is thriving, and city government is at the forefront. The city’s on-demand autonomous shuttle project has generated national attention. The plan for downtown driverless shuttles that can be summoned by smart phones made Lincoln one of 35 finalist cities to win the Mayor’s Challenge—a competition to encourage municipal innovation. If Lincoln’s project is successful, downtown workers and visitors may soon be using the shuttles to reach their destinations.

City government invested $700,000 in the Lincoln Technology Improvement System, a 400-mile network of fiber and conduit across the community. Consumers and businesses are now seeing the results, with new broadband providers, increased competition, lowered prices, and even faster and safer traffic flow.

Another way Lincoln is using technology to improve the quality of life is the new UPLNK program that empowers residents to report neighborhood problems, request service, and track solutions with an app on their smart phones.

City leaders are committed to embracing big-city technology, while maintaining the small-town traditions, atmosphere and friendliness that create our unique sense of place.

The Mayor is the chief executive officer and administrative head of City government. Voters also elect a seven-member City Council and a five-member Lancaster County Commission.

Several offices operate as divisions of the Mayor’s Office. Aging Partners, an area agency on aging, serves adults age 60 and up and their families in an eight-county area. The City Communications Divisionprovides important city information to the public. The Mayor’s staff includes an Economic Development Coordinatorand an Ombudsman, who works to address constituent concerns and investigates discrimination complaints against city departments. Special Mayor’s initiatives include Cleaner Greener Lincolnand Stronger Safer Neighborhoods.

The Development Services Center(DSC) is a one-stop shop for the review, permitting and inspection of projects. The DSC is a collaboration of five departments: Building and Safety, Health, Planning, Public Works and Utilities and Urban Development.

Building and Safetyinspects new construction and existing buildings to make sure they meet health, fire and safety regulations.

The City Attorney’s Office provides legal advice to the Mayor, City Council and City boards and departments; initiates and defends legal actions; and prosecutes and code violations. The office includes the Director of Equity and Diversity(who also reports directly to the Mayor) and the Human Rights Commission, which handles complaints alleging housing, employment and public accommodation discrimination within the city and conducts outreach programs.

Financehandles city funds and investments, prepares bond issues and helps develop the annual budget. It includes the Accounting and Budget Divisions, the City Clerk and the City Treasurer as well as two divisions that also serve Lancaster County – Information Services and Purchasing.

Lincoln City Librariesis the community gathering place for literature, literacy and learning. The system includes eight libraries and the Lied Bookmobile, which also serves Lancaster County towns. At lincolnlibraries.org you’ll find the library’s full catalog plus audio and eBooks to download and music and movies to stream as well as access to electronic resources on many topics. The library also offers free community meeting rooms, the Polley Music Library and the Heritage Room of Nebraska Authors.